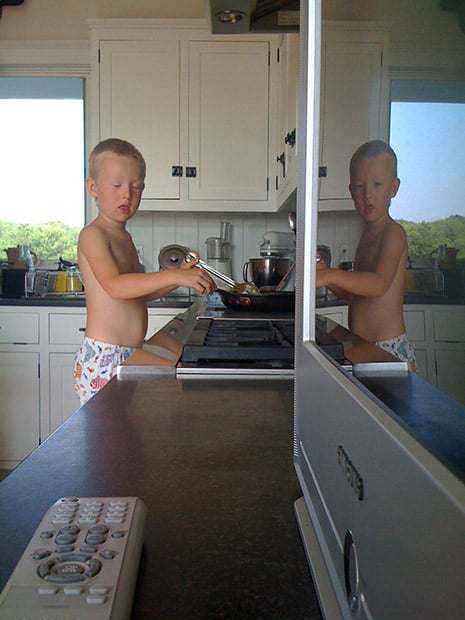 Put your detective hats on — there’s a photo mystery going on over at Boing Boing. Luke Mandle sent in the above photograph of his little boy, Boing Boing published it asking readers to explain it, and how there’s a fine and informative debate in the comments.

The question is why the boy’s eyes are different in the reflection. Notice how he’s blinking on the left, and has his eyes open on the right (kinda creepy, I know). The different explanations suggested in the comments include:

What do you think it is? Here’s a poll:

Let us know your explanation in the comments!

Camera Bag and Purse Hybrid for the Nikon D90 by Luxirare