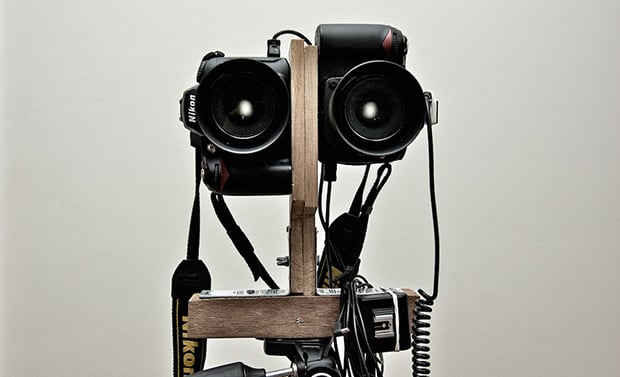 To synchronize the cameras we used an RF trigger split out to two preload shutter release cables. We tested how fast we could sync both shutters together with the flashes, and got reliable sync up to 1/160 speed. Giving us the ability to have people move around, talk to us and not inhibit their performance. This was very important since hands in front of the body look fantastic in 3d.

The photographs were sorted in Aperture, exported to Nuke (compositing software) and tweaked, and finally combined into 3D photos. Here’s an example: 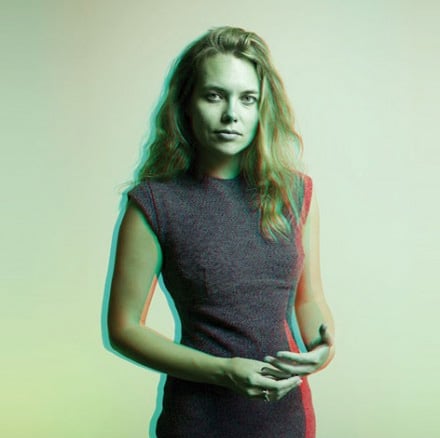 Sadly, you’ll need 3D glasses to appreciate these photographs. I just ordered a pair for about $1.50 on eBay, since it’ll probably be useful to have a pair lying around as 3D continues to explode.

DSLR Kit for a Three Month Project Around the World

Vicon Revue Brings the Harry Potter Pensieve to Our World