These are keywords for which the resulting photographs should change over time.

For example, if someone searched for “tiger woods” this past week, they were likely looking for photographs of him at the Masters. However, traditional search engines such as Google returned exactly the same images as they did the week before. A quick Google search for “Tiger Woods” shows many images of him, but nothing specifically from this week. A NachoFoto search of the same term returns photographs ordered by freshness.

Another example would be the searches for “earthquake”. Those who search for the term “earthquake” prior to a major disaster would have greatly different expectations than those who searched for the term immediately after. As of now, Google does not offer any way to sort or filter by time in their image search. 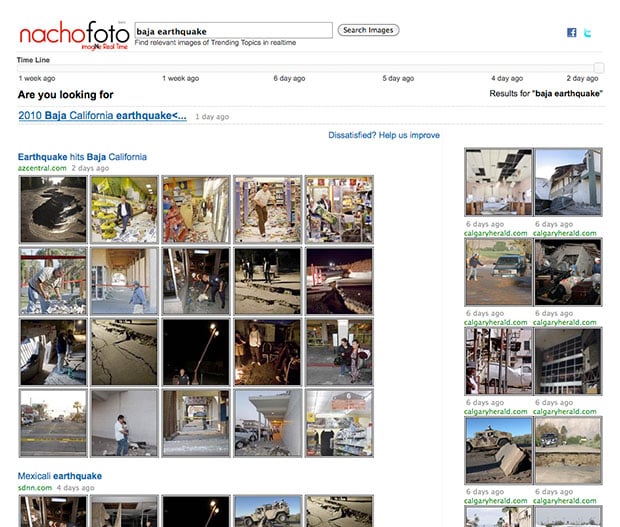 Traditional services like Google built their reputation upon relevancy, but newer services such as Twitter have demonstrated that the ability to surface “trending” topics is important to users as well.

This new service is an interesting look at a feature image search engines should have, but unless someone acquires NachoFoto, it probably won’t stand a chance if the feature is added to existing search engines.

$10 Photo Sold for $1 Million at Auction