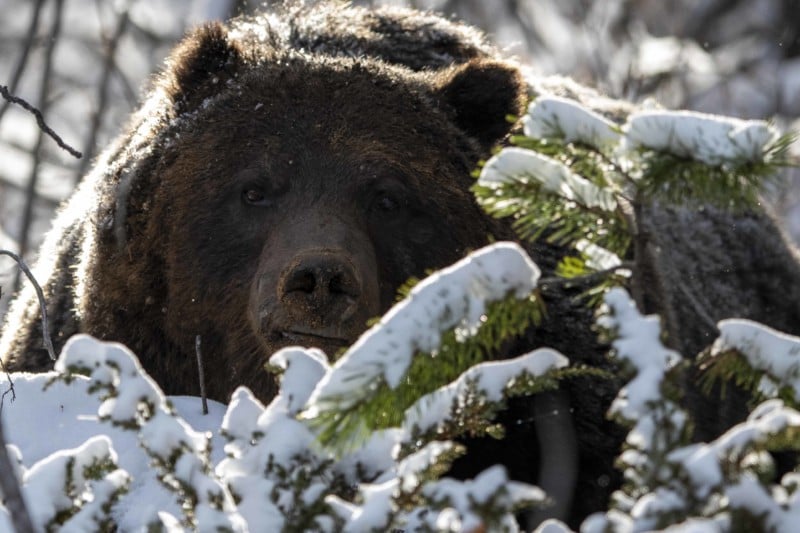 A photographer recalls his encounter with a legendary grizzly bear known simply as “The Boss” in Banff National Park, Canada.

Jason Leo Bantle tells PetaPixel about his exhilarating encounter with The Boss earlier this month, who eats other bears and has survived being hit by a train.

“He is legendary here given his history of having eaten a black bear one year before he went into hibernation, he dug it out of its den,” says Bantle.

“He has been hit by the rail train that travels through the National Park and survived. He is most likely the father of 70% of the cubs in the Bow Valley area.” 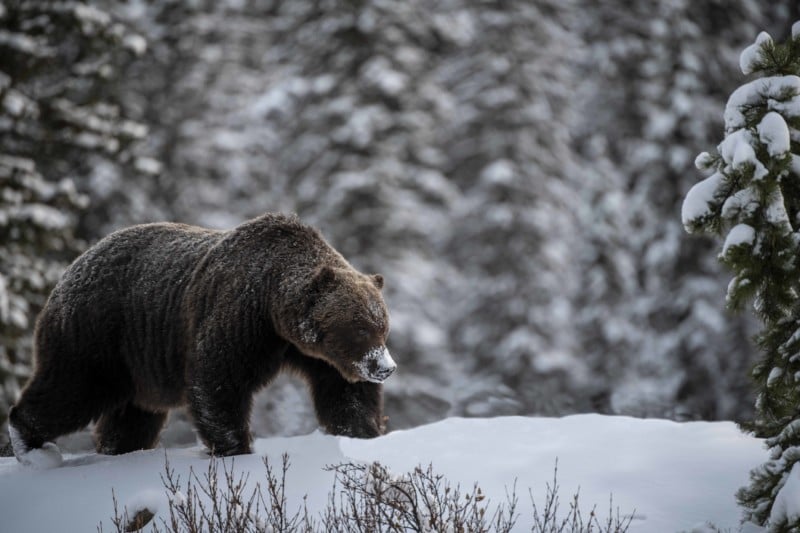 The Boss is believed to be in his mid-twenties and has achieved longevity in an area with a lot of human density.

“Grizzly bears are known to be sensitive to human presence and they tend to succumb in densely human areas,” explains Bantle.

“He [The Boss] is possibly the largest bear in Banff National Park, with an estimated weight of 600 pounds.” 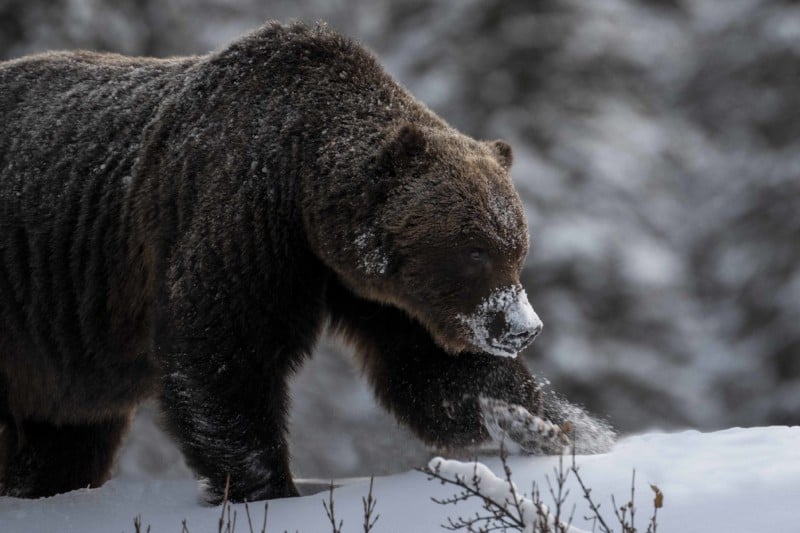 Bantle says the enormous bear can be recognized by his right ear, which is missing a portion of the top and distinguishes him from all other grizzlies in the area.

“He spends a large amount of his time along the train tracks foraging for grains spilled from the railcars and foraging off other animals that may have been struck and killed by trains,” adds Bantle.

When it comes to bears, safety is key. Bantle used his Nikon Z9 with an 800mm f/5.6 Nikkor lens and a 1.2x teleconverter.

“In this area, it is all about a long telephoto lens, the images captured are over 100 meters away and the close-up one of just his face was from the safety of my vehicle as he was very near the roadway,” explains Bantle.

“You don’t want to take chances with grizzly bears they are a dangerous animal and during this time of year they are going through hyperphagia (extreme hunger and urge to eat), if something would happen to me then the bear would be destroyed and that would not be fair.”

Bantle stresses the importance of respecting nature and not putting an animal’s life in danger.

“I like to remind people we are in their home so imagine if a grizzly bear walked into our house/home, we have to remember they need to be respected,” he says.

“We have so many people who visit this area and walk up to wildlife with their cell phones to capture images, that is very risky behaviour and not behaviour that we as humans should exhibit around nature.”