When former Chief White House photographer David Valdez enrolled in the Air Force and was assigned the photographer position, he asked: “What is that?”

Remarkably, Valdez would go on to be Chief White House photographer under George H.W. Bush, even taking a photo of the former president in bed with his grandchildren that some people believe helped Bush achieve a landslide victory in 1988.

You’re Going to be the Photographer

Valdez joined the Air Force when he was 18 and the first job he was given was as a photographer.

“I get into the Air Force and they say, ‘You’re going to be a photographer.’ I literally turned to the guy next to me and said, ‘What is that? I don’t even know,'” he tells KVUE.

“They trained me as a photographer, and that was the best thing that ever happened to me,” he said.

Valdez went on to meet George Bush Sr in the early 1980s and worked as his photographer for the subsequent decade.

A Different Side of Bush

George H.W. Bush was the current Vice President and already favorite to take over from Ronald Regan in 1988 when Valdez’s photo of him in bed with several grandchildren was published in Life magazine. 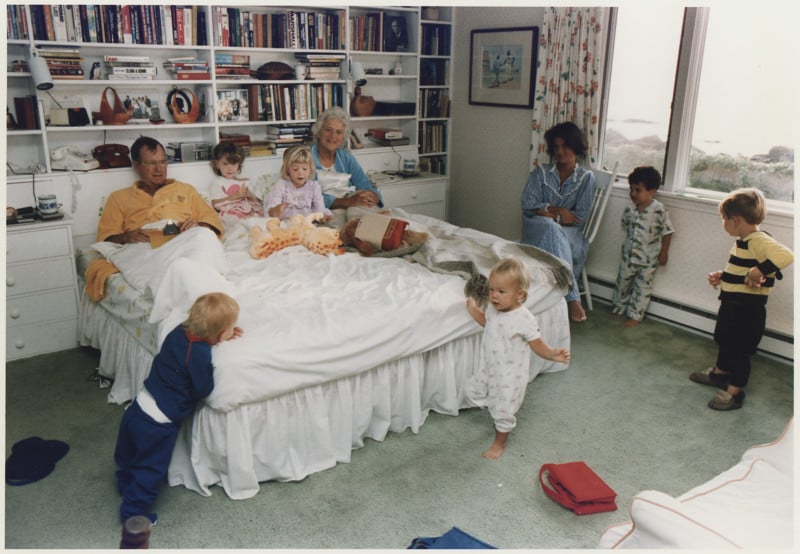 “Barbara Bush said ‘Well you oughta come over about 06:00 and see what happens,'” he tells KVUE.

“So I go in and I stick my head in and it’s Vice President Bush and Mrs. Bush still in bed.”

Valdez believes the resulting photo of Bush surrounded by seven grandkids changed the nation’s perception of the politician.

“People have an idea about what a politician is like. And that was really a grandfather in bed with his grandchildren and it was just a warm and fuzzy moment,” he says.

Valdez has a framed note from the former President thanking him for helping him get elected to the Oval Office. He was also present on Air Force One’s inaugural flight. 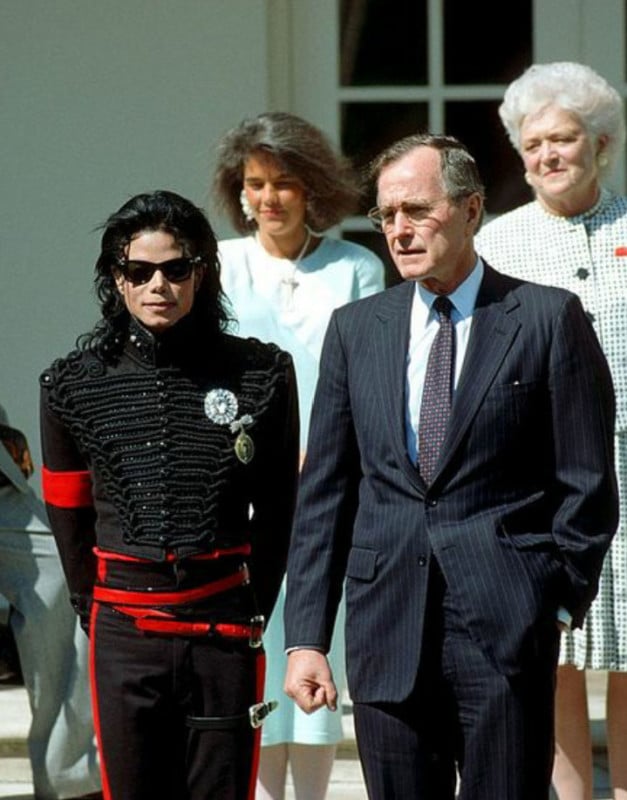 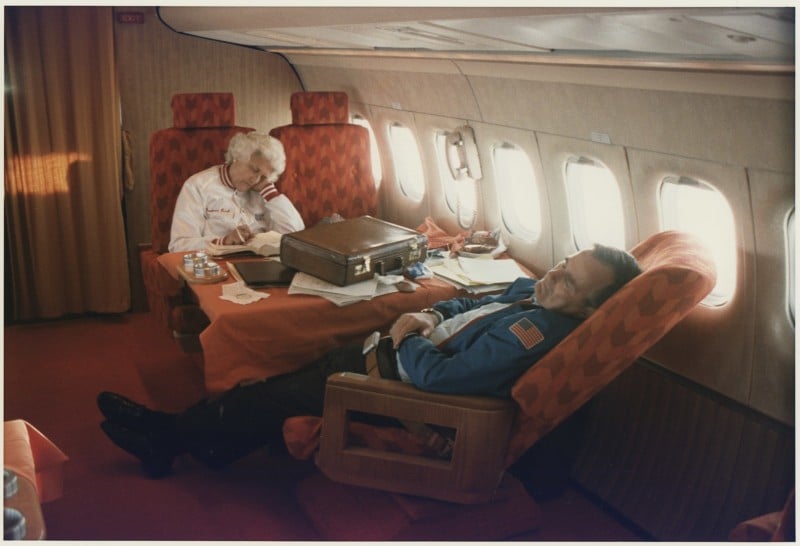 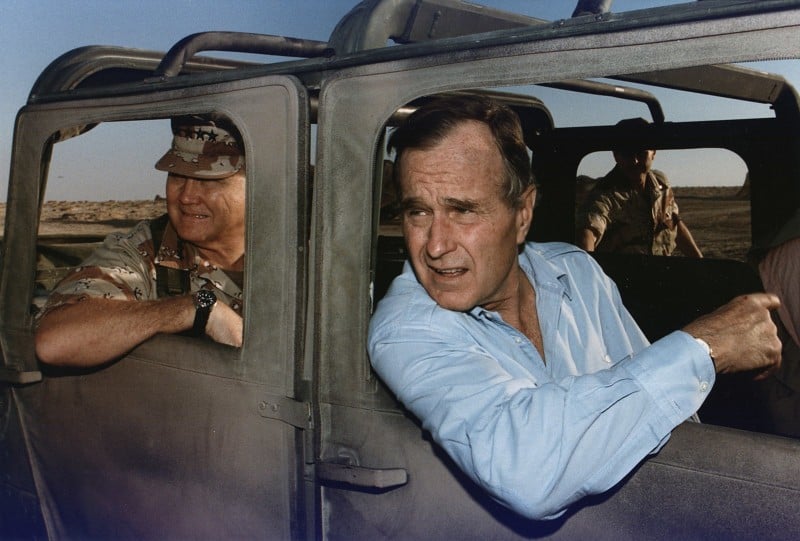 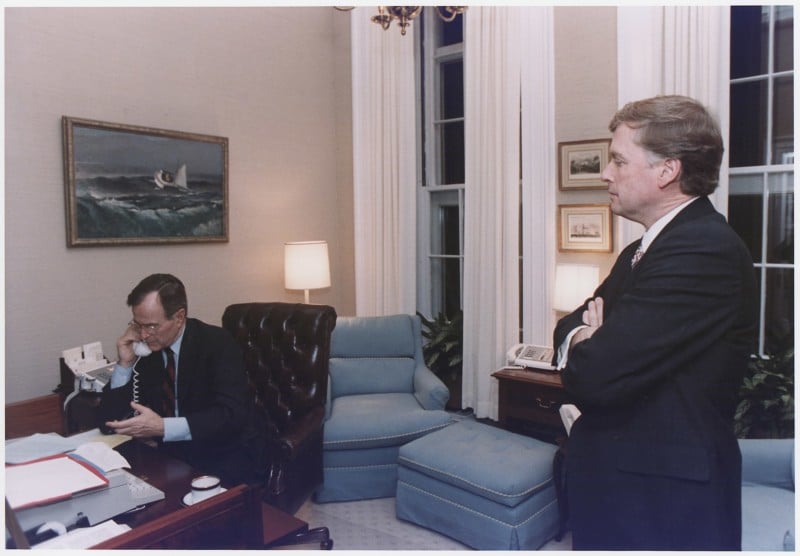 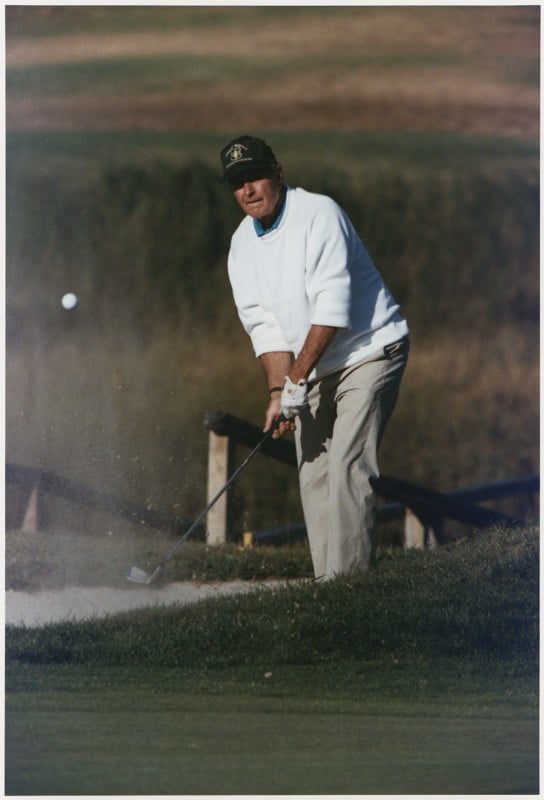 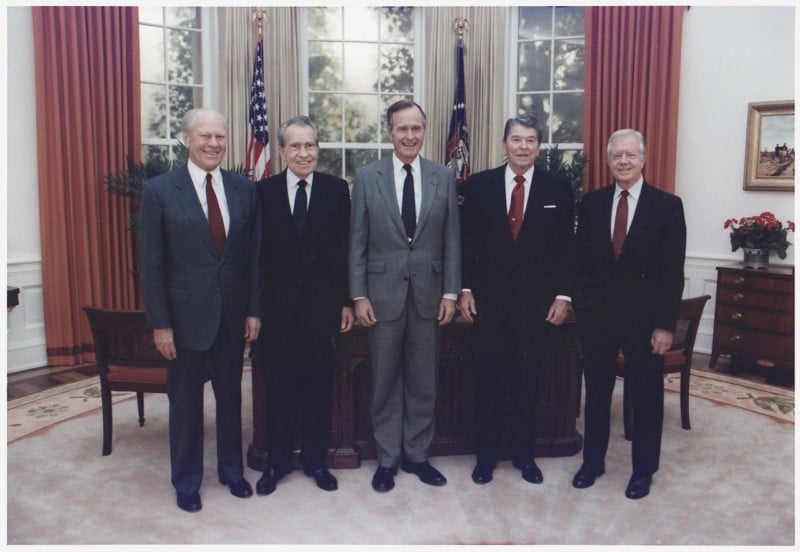 The White House photographer captured other iconic shots, such as the five living presidents standing together at the opening of the Reagan Presidential Libray in 1991.

“I said to President Bush, ‘Mr. President could you turn around for a photo,’ and when I said they all turned and I took a photo.”

Valdez still works as a professional photographer. His website. can be found here.