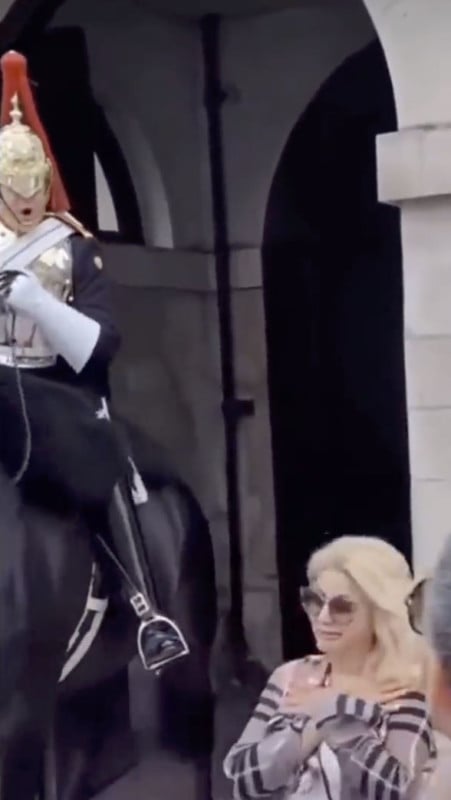 A shocked tourist got a brutal telling off for touching a Queen’s Guard’s horse as she was posing for a photo in Whitehall, Central London.

In a viral video, that originated from TikTok, the woman is seen standing close to the soldier on horseback as she poses for the smartphone picture. The unnamed woman then grabs hold of the reins causing the soldier to bellow at full volume: “Stand back from the Queen’s Life Guard, do not touch the reins.”

The startled woman put her hand to her chest and quickly exits the frame as the soldier, dressed in full regalia, stares down at her from the horse. His booming voice having made the desired effect.

He scared me for a moment too. 😂😂pic.twitter.com/6dD8Fmx62q

The woman is apparently quite upset about the incident as she has vowed to “never to return to London.”

The video has caused quite the stir online with some praising the guard and pointing out that it can be dangerous to stand so close to a horse — even if it will make a great travel photo.

But others have said the guardsman was “out of order and over the top” for admonishing her in the way that he did. 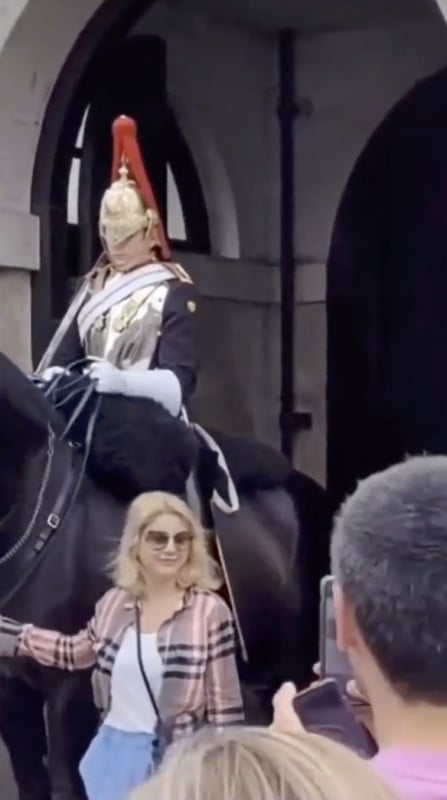 There are signs on Whitehall, next to the horseboxes, that remind people not to get too close to the horses lest they are spooked and injure someone. 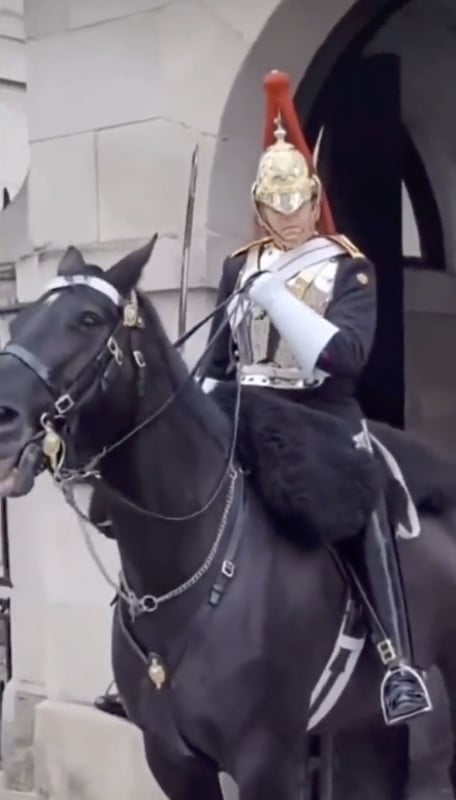 Leader of the GLA Conservatives, Susan Hall, says: “She absolutely deserved it. Guard was completely correct.” While another wrote on Twitter: “It’s not Disney they are working horses and serving army.”

However, Michael Ward, a Londoner tells the Metro: “Using horses as a tourist attraction is the real problem here. They’re not really guarding anything though are they, you can walk straight through there. They are ceremonial for tourists that’s why there are armed police there.”

A spokesperson for the Ministry of Defence said about the incident: “This area is particularly busy with tourists and on occasions, the soldiers undertaking Guard duty need to shout loudly to alert members of the public if they get too close to the horses, which happened in this case.”

It’s not the first time a tourist has been caught out by the Queen’s Guard in London, a photographer was almost bowled over by a marching troop back in 2015.