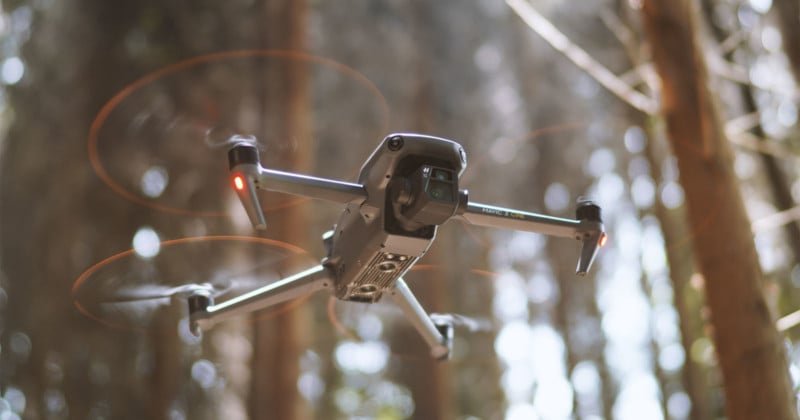 DroneSec’s StolenDrone website is designed to help pilots get their drones back if they lose track of them or, perhaps more importantly, if they’ve been stolen.

Drone companies like DJI have done a lot to improve drone navigation and prevent flyaway issues over the years, but all drone companies have done about as much as camera companies do in the case of theft. That is to say, very little. As spotted by DPReview, DroneSec, a cybersecurity and threat intelligence software company that develops solutions to protect friendly drones while defending against malicious ones, has deployed a solution.

“All too often we hear from drone manufacturers there’s “nothing we can do,” states SDI’s FAQ. “We’re solving this problem by creating a living database — in fact, it can be used by our software to search thieves selling stolen drones and even external hardware to detect and ground stolen drones mid-air.” 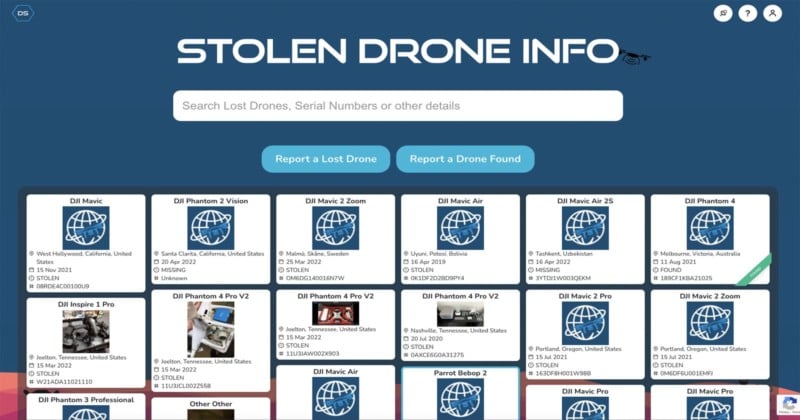 DroneSec says that most stolen drones are used for criminal activity, including drug deliveries, invasion of privacy and stalking, and other crimes.

StolenDrone.Info (SDI) is DroneSec’s answer to the problem. The website can not only help a drone operator regain possession of their missing UAV but can protect them should that wayward drone be used in the commission of a crime.

Once a drone is reported missing or stolen to SDI, DroneSec’s algorithm scours internet e-commerce sites like Craigslist, Facebook Marketplace, and eBay for listings that match the description of the reported drone. Any results that come up are then confirmed and entered into a searchable missing drone database. The site also has over 300 different sensors around the world to monitor stolen drone activity.

Obviously, the more information a missing drone operator can provide, the more accurate the search can be. There are fields for the date and time the drone disappeared or was stolen, make and model, physical description, FAA Drone registration number, serial numbers, and even a battery serial number.

SDI is also positioned as a good place to verify any used drones that someone might buy from an online reseller or private party. Since DroneSec states that most stolen or missing drones are used for criminal activity and then dumped, a potential buyer can search the SDI interface to see if a UAV nearby is on the list. If it appears, it’s best to avoid buying it. 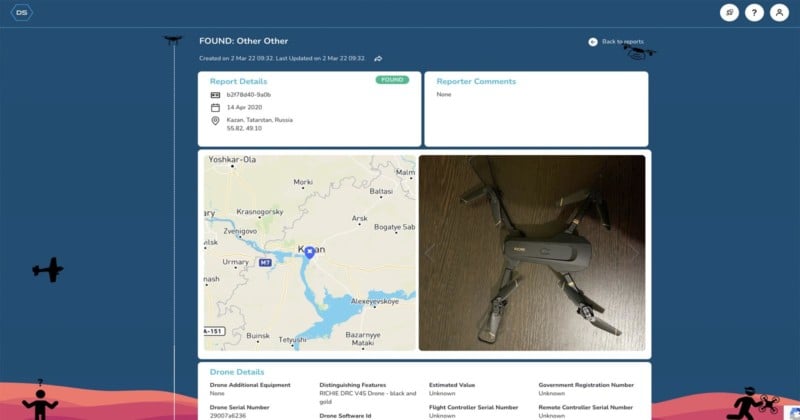 The service also has a social media capability that enables owners of missing drones to get the word out. An upper-tier also enables law enforcement to monitor and disable stolen drones in flight.

SDI is free to use and owners can list an unlimited number of missing or stolen drones with the service. Listings remain visible forever or until the UAV is found and the website can also be used by anyone who has found a drone they think might be lost or stolen.