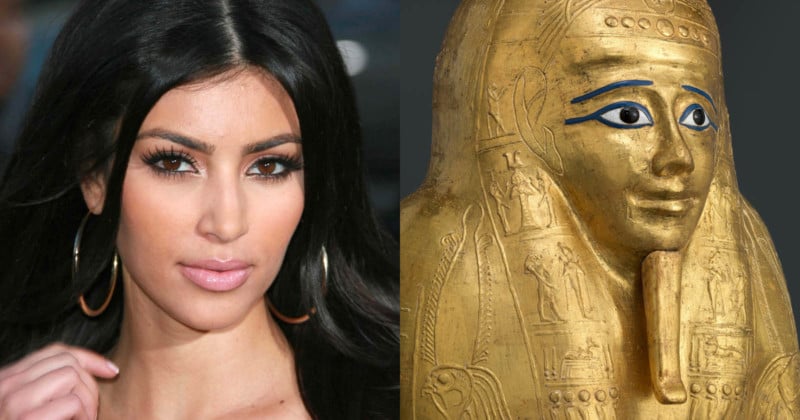 Although TV personality Kim Kardashian has been keen to follow in the legal career footsteps of her late father Robert Kardashian who was an attorney, it appears that she can unknowingly help solve crime by simply posting a photo of herself.

The New York Post reports that back in 2018, Kardashian attended the annual Met Gala and, wearing a gold head-to-toe dress, posed for photographer Landon Nordeman next to a gold coffin of Nedjemankh, a priest in ancient Egypt.

The coffin dates back to the first century BC and thieves dug it up from the al-Minya region of Egypt in 2011 during the country’s 18-day-long revolution. Two years later, it was sent to an antiquities dealer in Sharjah, United Arab Emirates.

The dealer, Hassan Fazeli, knowingly forged the export from of the coffin as Greco-Roman in order not to raise any suspicions and sold it to Roben Dib, manager of Dionysos Hamburg. In order to protect himself from the implications of the crime, the new owner of the artifact allegedly faked an Egypt export license, claiming it was the coffin of Nedjemankh and had been exported legally 40 years earlier.

Eventually, the coffin was sold in 2018 to the Metropolitan Museum of Art by a French antiquities scholar and a dealer, who may not have been aware of the coffin’s history.

The Post writes that Manhattan Assistant District Attorney Matthew Bogdanos was informed by an anonymous tipster in the Middle East about Kim Kardashian’s photo with the coffin, prompting an investigation.

The investigators were able to identify the coffin, and Dib was arrested in Hamburg. The gold tomb was returned back to Cairo in 2019 and Met CEO Daniel Weiss issued an apology to the Egyptian people.

“After we learned that the museum was a victim of fraud and unwittingly participated in the illegal trade of antiquities, we worked with the DA’s office for its return to Egypt,” Weiss says in a statement.

According to The Art Newspaper, the coffin was not the only artifact illegally sold by the thieves. The group is also suspected of having sold half a dozen other masterpieces to the Metropolitan and the Louvre Abu Dhabi for more than €50 million ($56 million) with provenance pointing towards Simon Simonian, a former dealer in Cairo who died in 2021.