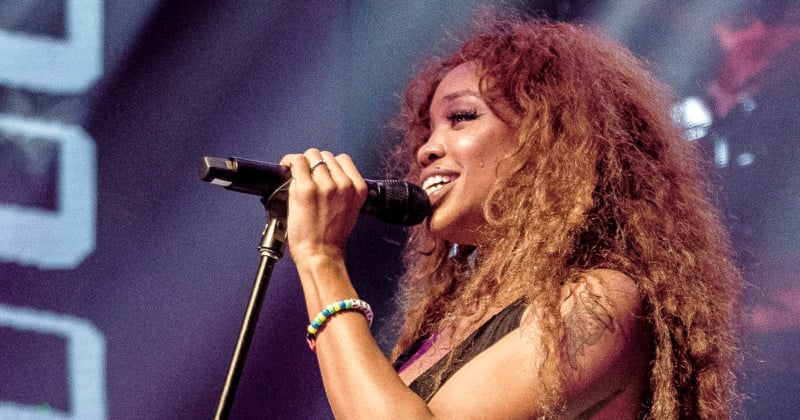 Solána Imani Rowe, professionally known as SZA, took to Twitter to criticize a photographer who she says released pictures of her without her consent. The photographer fired back, saying he wasn’t paid nor reimbursed for the photoshoot expenses.

According to Uproxx, in a series of now-deleted Tweets, the singer and songwriter condemned photographer Edwig Henson (also known as “Edwiggery”) who she alleges released photographs of her without permission.

SZA brought the matter public in a Tweet: “releasing pictures of me w out my consent is scary. Y’all be careful working w folk u don’t know well.”

SZA reveals her recent photoshoot was released without her consent. pic.twitter.com/VxHjGYudo6

One of her followers asked if her post was written in regards to photos that featured SZA in a blue bikini that had recently surfaced on social media, which SZA confirmed to be true.

“He literally text me [and] said ‘sorry if u never wanna work w me again but I decided I’m releaseing these,'” she wrote.

SZA added that she had “never felt more powerless or disrespected.”

A post shared by Gossip Of The City (@gossipofthecity_)

Terrence “Punch” Henderson, President of Top Dawg Entertainment, the media production company that SZA is signed with, also called out the photographer after failing to get in contact with him to take the photos down.

The photographer responded to the matter by tweeting “definitely not doing anything for clout, there’s so much more to this than you guys know, I’m not a bad person. I’m not arguing with anyone on social media. Never have, never will. And please stop sending death threats [prayer hands emoji].”

In response to the photographer’s explanation, Punch replied “and you still got the post up on ig?? You doing this wrong champ. I promise you you’re doing this the wrong way.”

Edwig Henson, or “Edwiggery,” defended himself, saying they didn’t have contracts and he spent money on hair and makeup. TDE’s Punch stepped in.https://t.co/zGLCZAWLM7

HotNewHipHop reports that Henson revealed nobody had signed a contract for the shoot and that SZA was interested in buying the pictures but allegedly had “very poor” communication with his management and didn’t make the payment within the given timeframe. He also added that he paid for the studio, hairstylist, and make-up artist but received no compensation in return. Clearly he believed that any agreement betweent hem was broken and he was able to do with the photos what he pleased given the circumstances.

Although Henson pointed out that as the photographer he owns rights to these images, they have since been deleted from his Instagram.