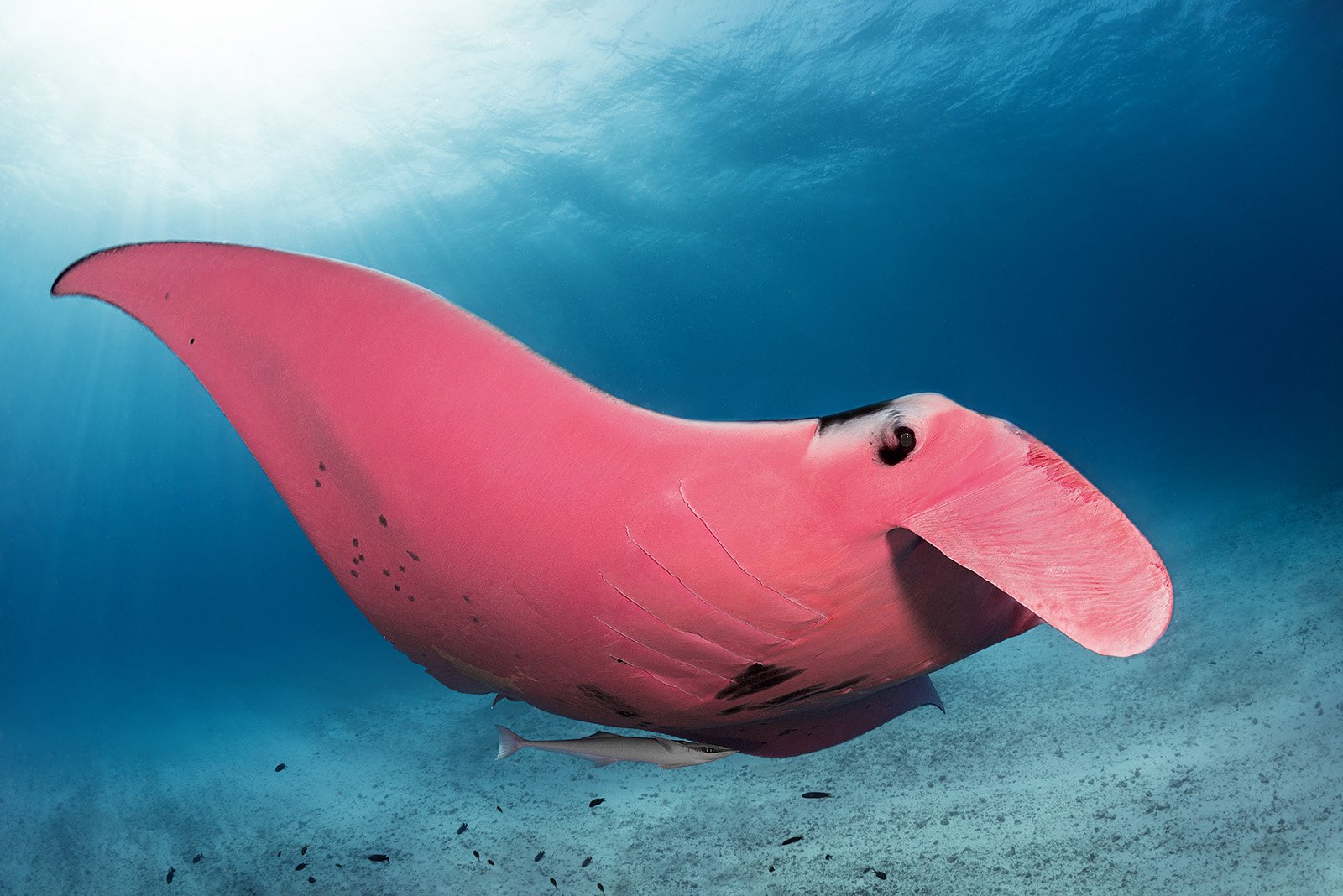 Underwater photographer Kristian Laine recently lucked into some stunning photos that are as rare as they are beautiful. While diving off the coast of Australia, Laine captured several photos of the world’s only known pink manta ray—literally a one-of-a-kind photo opportunity.

This elusive creature—he’s only been seen seven times since he was first spotted in 2015 by a dive instructor—shows up in the waters around Lady Elliot Island in the Great Barrier Reef for a couple of months every year. That’s the only place he’s been spotted, and it’s where Laine was freediving when he lucked into a sighting that has produced the best pictures of the pink manta yet.

“I had no idea there were pink mantas in the world, so I was confused and thought my strobes were broken or doing something weird,” Laine recently told National Geographic. “I feel humbled and extremely lucky.”

You can see a few of photos the photos that Kristian captured below: 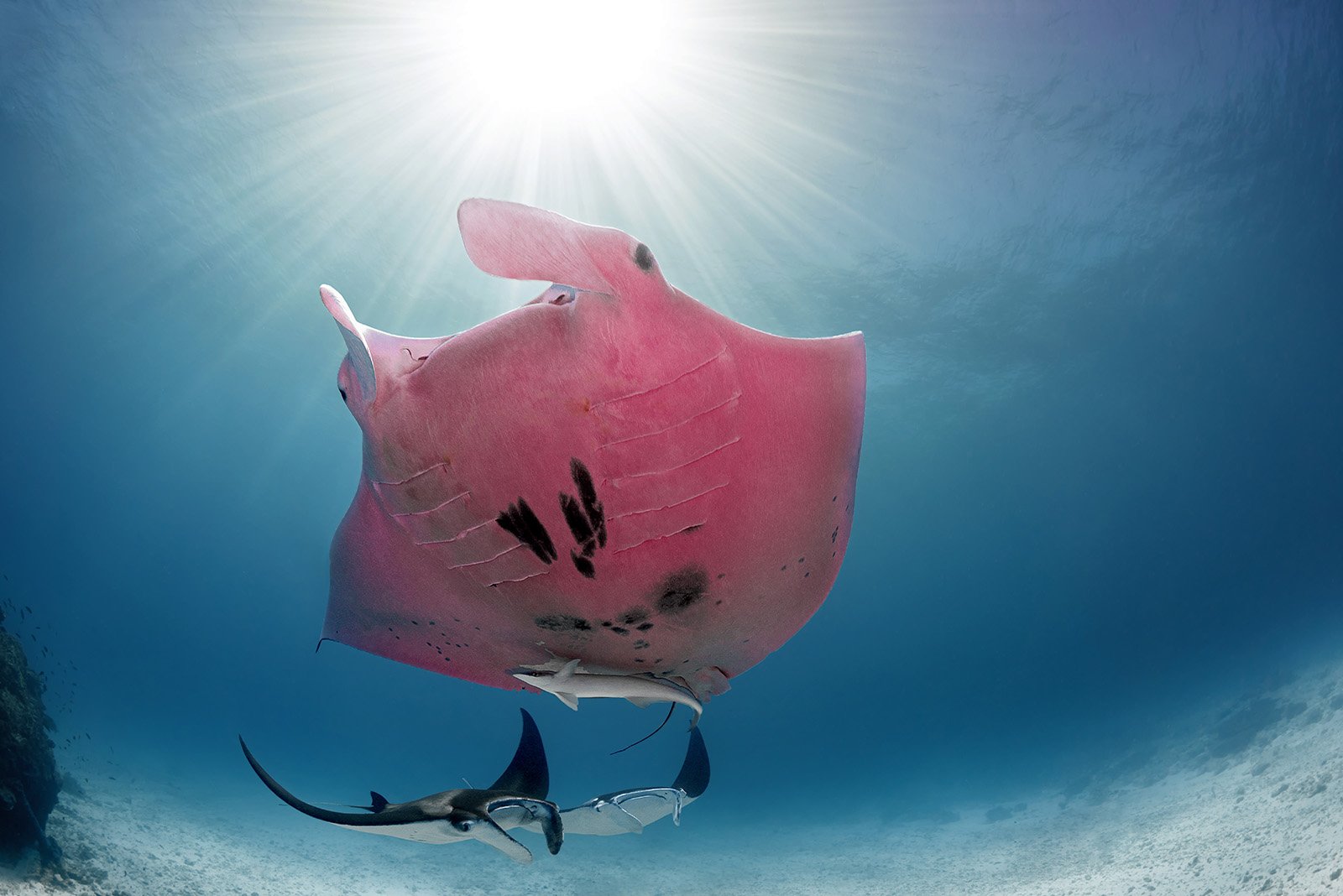 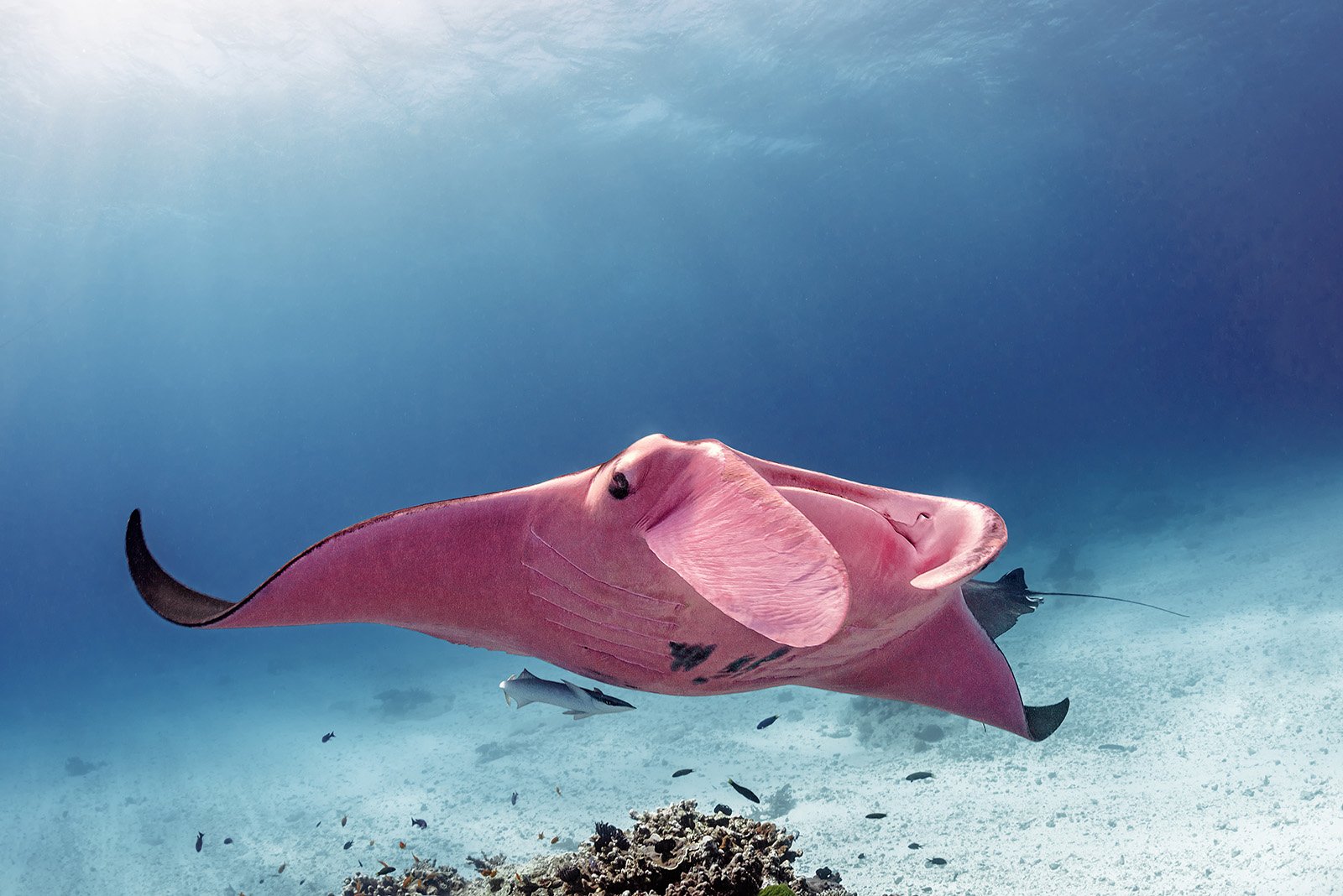 Researchers with the group Project Manta have nicknamed the pink manta Inspector Clouseau—a playful homage to The Pink Panther—and thanks to Laines photography, manta Clouseau recently went viral, prompting features from National Geographic, Smithsonian, and even Forbes. But Project Manta has actually been studying Clouseau for years, and they’ve made some headway on figuring out why his underbelly is this unique shade of pink.

According to NatGeo, the researchers managed to grab a skin biopsy in 2016, which helped them rule out any issues with a skin disease or dietary abnormality. Their main theory as of right now is that Inspector Clouseau has a genetic mutation in how he expresses the melanin in his skin.

Whatever the case, Laine realizes that he’s incredibly lucky to have seen and photographed such a unique creature.

To see more of Laine’s beautiful underwater photography, head over to his website or give him a follow on Instagram, where the images above initially went viral last month. And if you want to learn more about the world’s only known pink manta, check out the news report below from 7NEWS Australia:

Image credits: All photos by Kristian Laine, licensed for web use.