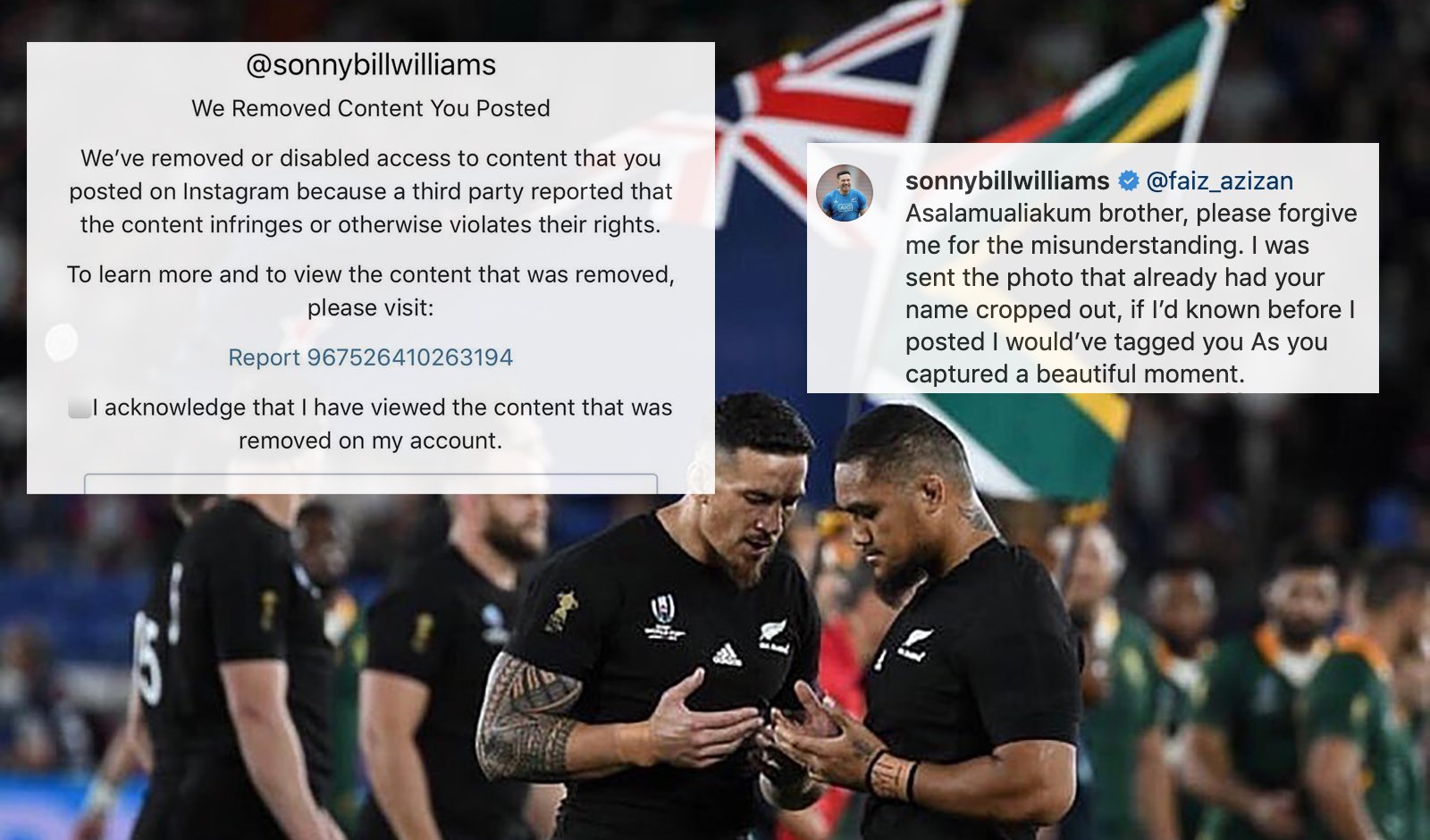 Typically, when a celebrity is called out for posting a photograph without permission, they lash out or deny any wrongdoing. It’s so common we’ve almost come to expect it, which is why it’s such a nice change of pace to hear that New Zealand Rugby star Sonny Bill Williams actually apologized to the photographer after having a photo pulled from Instagram for sharing it without permission.

Williams is no small-time B-list celebrity. The New Zealand sports star is a former Rugby World Cup champion and boasts over 800K followers on Instagram.

A couple of days ago, he posted a photo by Malaysia-based photographer Faiz Azizan that had the credit line cropped and cloned out. Azizan filed a copyright complaint with Instagram, at which point the photo was taken down, and Williams was notified. At first, he was confused, reaching out over Instagram to see why exactly the shot was removed:

Hello @instagram & to all that reported this photo. I’m wondering why this was removed from mine and @ofatuungafasi pages? Surely a simple picture of someone expressing their gratitude for what they’ve been blessed with is ok? 🤲🏽❤️

But when he found out what happened, he did the right thing and actually posted a public apology.

“Please forgive me for the misunderstanding. I was sent the photo that already had your name cropped out, if I’d known before I posted I would’ve tagged you as you captured a beautiful moment,” writes Williams. “A little bit of Sabr (patience) goes along way.”

@faiz_azizan Asalamualiakum brother, please forgive me for the misunderstanding. I was sent the photo that already had your name cropped out, if I’d known before I posted I would’ve tagged you As you captured a beautiful moment. @instagram apologies also ❤️🤲🏽 A little bit of Sabr(patience) goes along way.

Maybe we’re making too big a deal of this, but it’s a nice gesture that we’ve simply not seen in some time. Gigi Hadid claimed she was allowed to share a photograph because she smiled for the photographer, and Ariana Grande called photographers “greedy” for wanting to maintain copyright to their concert photos. It’s nice to see someone with influence recognize when they’ve made a mistake and own up to it.