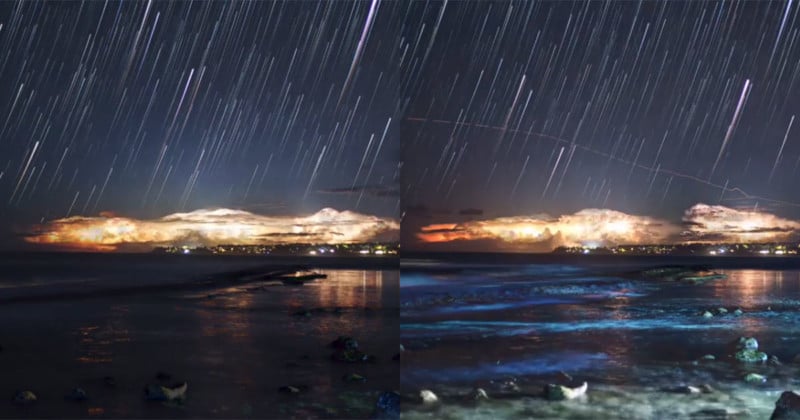 Star stacking is a popular technique astro-photographers use to create photos and time-lapses of star trails. But what do you get when a lightning storm is also in the frame? Maui-based photographer Joe Domrad created a mesmerizing time-lapse that will show you.

Domrad was shooting with an exposure time of around 12 seconds and captured about 500 photos for this time-lapse.

The dotted lines you see streaking across the frame are the blinking lights on airplanes. And at a certain point in the video it looks like bioluminescent plankton is causing a blue glow in the water, but Domrad says those glows were simply the result of “boring old car headlights” shining into the scene.

This Guy is a Professional Divorce Photographer

Impostor Syndrome Might Be Where Your Self Doubt Comes From