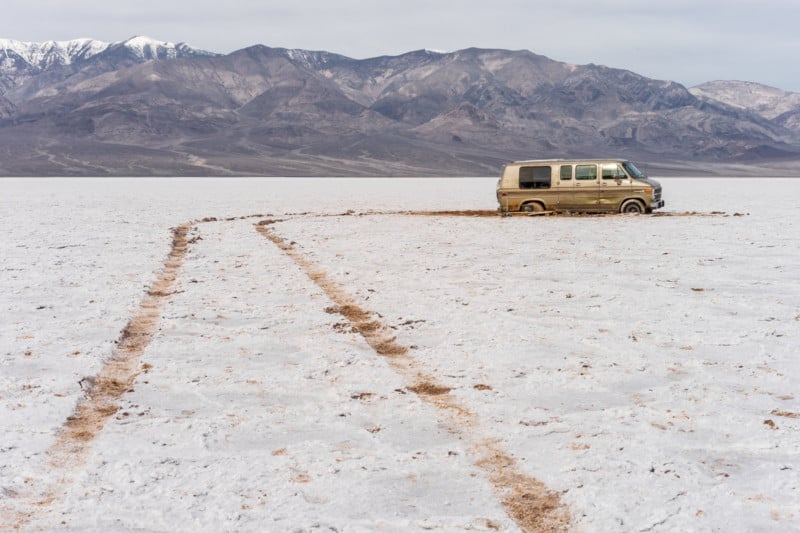 Less than a year after the famous Racetrack Playa dry lake in Death Valley was vandalized with tire tracks, someone has done the same damage to the nearby Badwater Basin salt flats.

Swiss photographer Sacha Di Poi just found that someone had driven a van about 3/4 of a mile into Badwater Basin, a salt flat that’s the lowest point in North America (282ft/86m below sea level).

The vandal’s actions marred the smooth, white landscape with brown tire tracks that can be seen from a great distance away. Di Poi spotted the tracks the day before while overlooking the valley from Dante’s View: 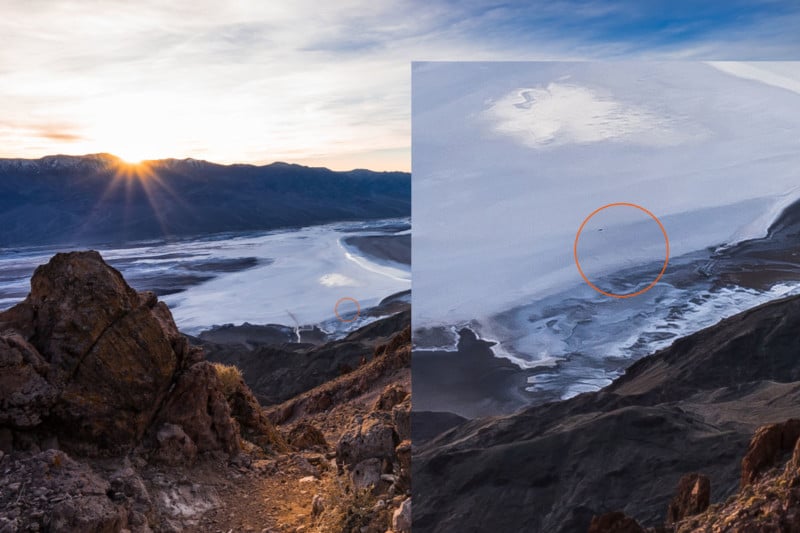 The van has since been towed from the Basin — something that caused even more damage to the flat.

Badwater Basin is one of the largest protected salt flats in the world, and, as you might expect, driving on it is illegal.

“Salt flats are too harsh for most plants and animals to survive, yet are quite fragile,” the National Park Service writes. “Delicate crystals are easily crushed and the relatively thin upper crust of salt can break through to the mud layer below, leaving tire tracks and even footprints. For this reason, vehicles are prohibited off established roads in Death Valley.”

The Las Vegas Review Journal reports that the tire tracks could take years to naturally “heal”, but another solution could be to spray the area with water to help create a new layer of salt.

Due to damage being done to Death Valley by people driving vehicles off-road, the National Park has applied for a three-year grant for funding to restore these popular photo spots.

“The main problem is the disrespectful attitude some tourist have towards the National Parks,” Di Po tells PetaPixel. “It’s important to preserve and respect nature and the environment, especially in the National Parks so we can all enjoy the beauty of these places.”

Leave the Laptop at Home: My Mobile Editing Workflow in Iceland