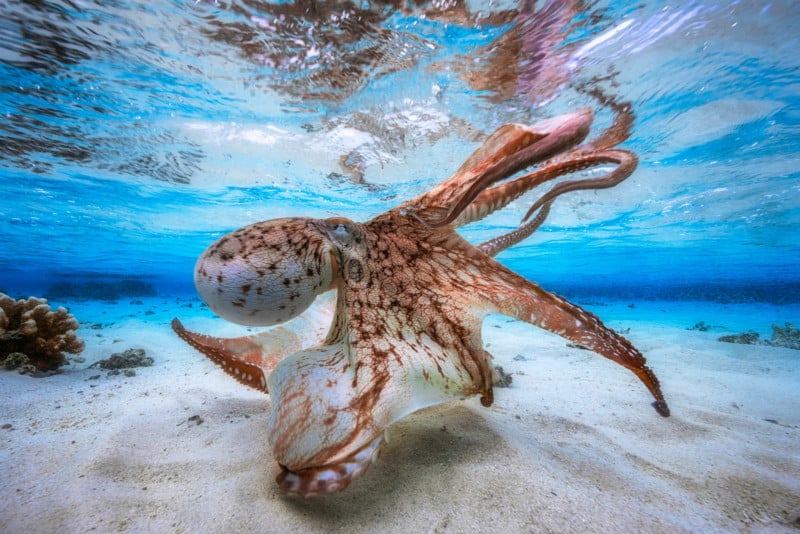 The international Underwater Photographer of the Year photo contest has announced its winners for the 2017 edition. The winning photo (shown above) was by French photographer Gabriel Barathieu, who captured a “Dancing Octopus” in a lagoon on the island of Mayotte in the Indian Ocean.

Barathieu’s photo was selected from over 4,500 underwater photos entered by photographers based in 67 different countries around the world.

“I had to wait for a low spring tide when the water was just 30cm deep (1 foot) so that the octopus would fill the water column,” Barathieu says. “I got as close as possible with a wide angle lens to create this image, which makes the octopus look huge.”

Here are some of the other winning photos selected this year:

British Underwater Photographer of the Year

Up and coming Underwater Photographer of the Year

Most Promising British Underwater Photographer of the Year

You can see a larger gallery of finalist photos and read about the images in this gallery on the contest’s website. You can also view last year’s winning photos here.