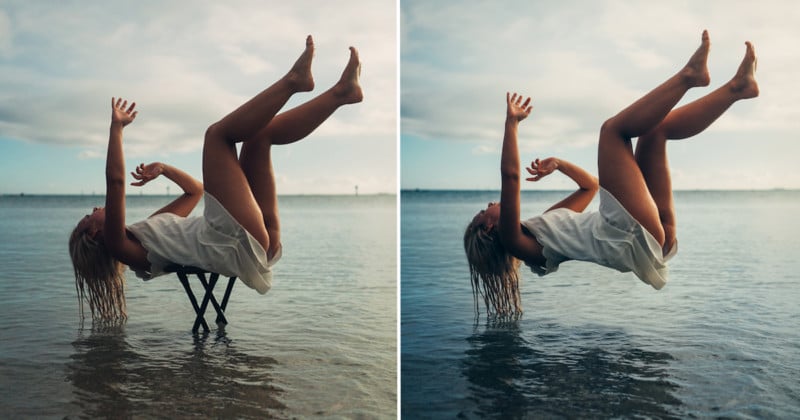 ‘Levitation’ photos are a fun, and not overly complicated style of photography. But if you really want to create believable levitation shots, there are some tips and tricks that will really help. Enter photographer Christopher James (@christopher.james).

James recently posted a set of his before-and-after photos on Reddit, where he also offered some tips, tips, dos, and don’ts that will help levitation novices nail their next photo shoot. Fortunately, he was kind enough to share these photos and tips with our readers on PetaPixel.

First, the before and after shots. (Note: These photos are not all finished products. In fact, some are even complete failures aimed at highlighting how the certain mistakes affect the image. All of them are part of the learning experience, though.) 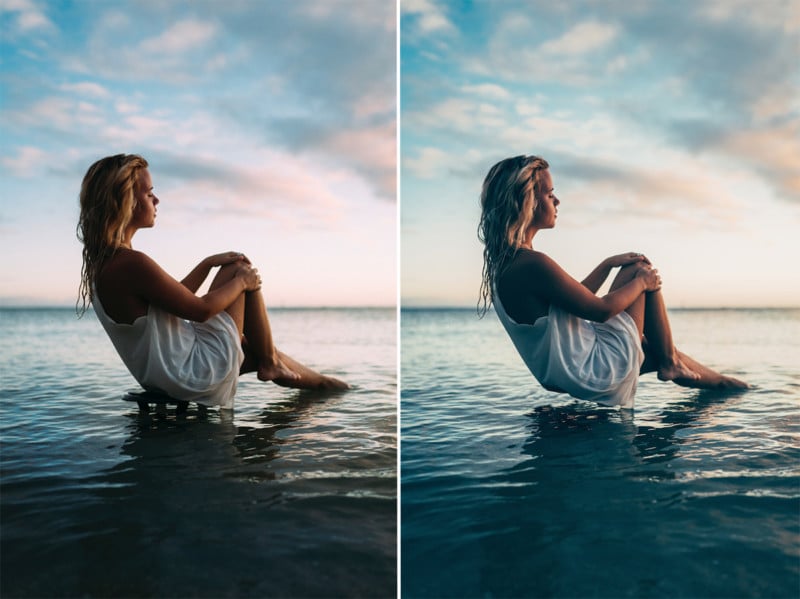 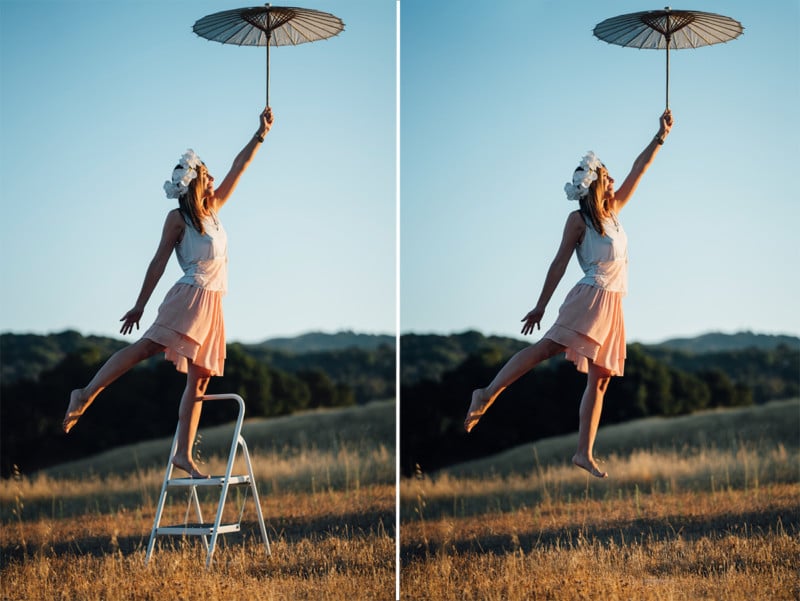 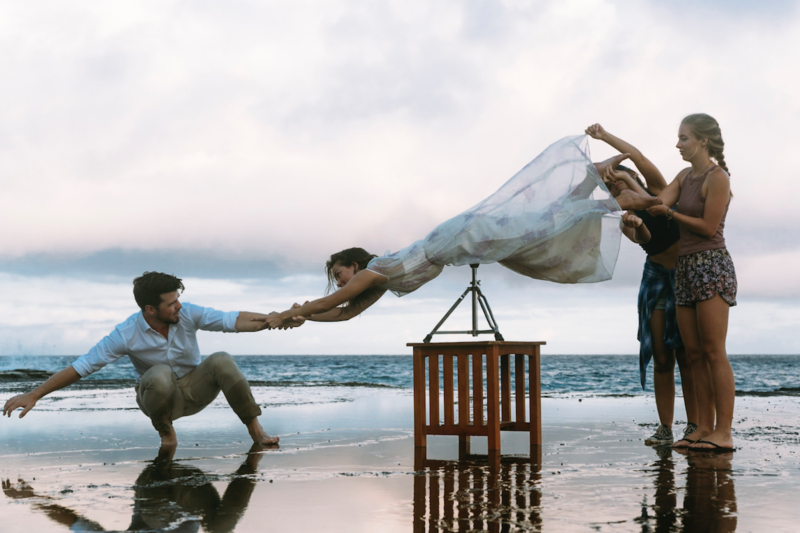 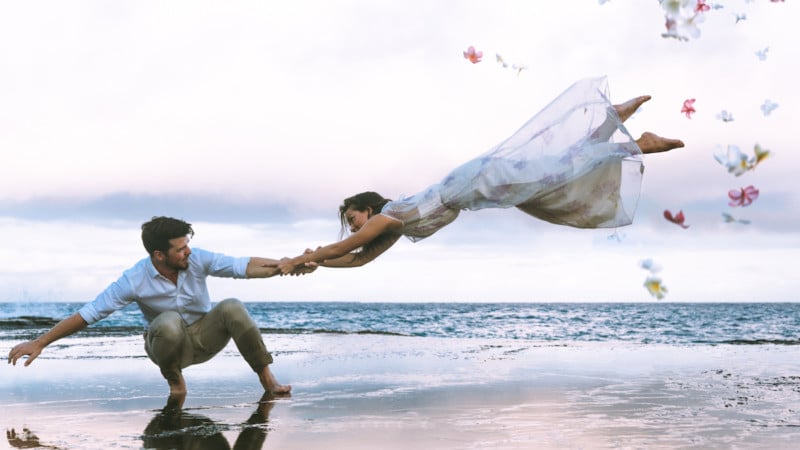 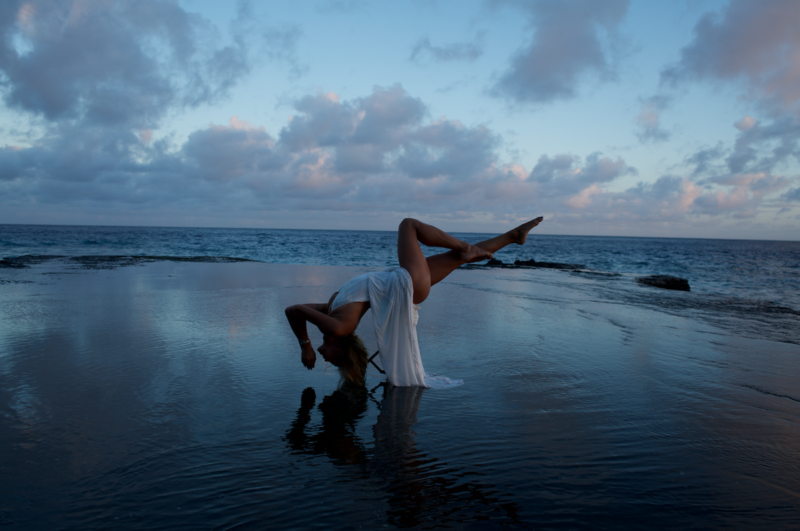 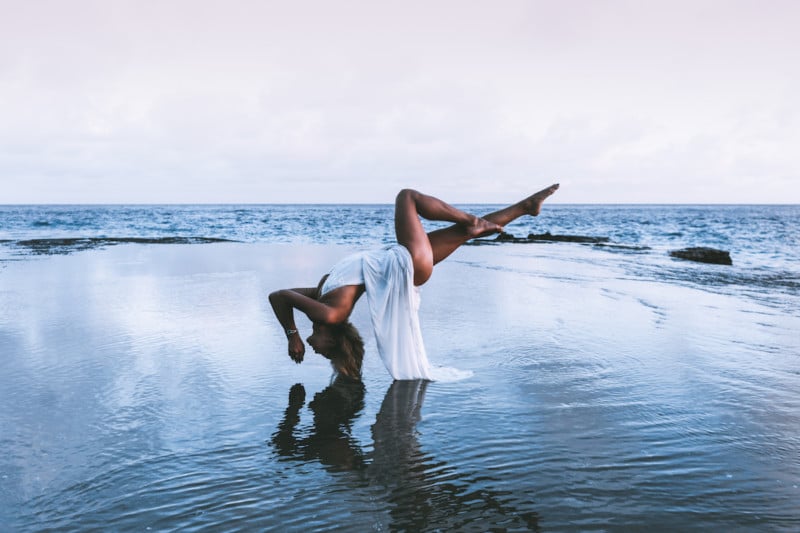 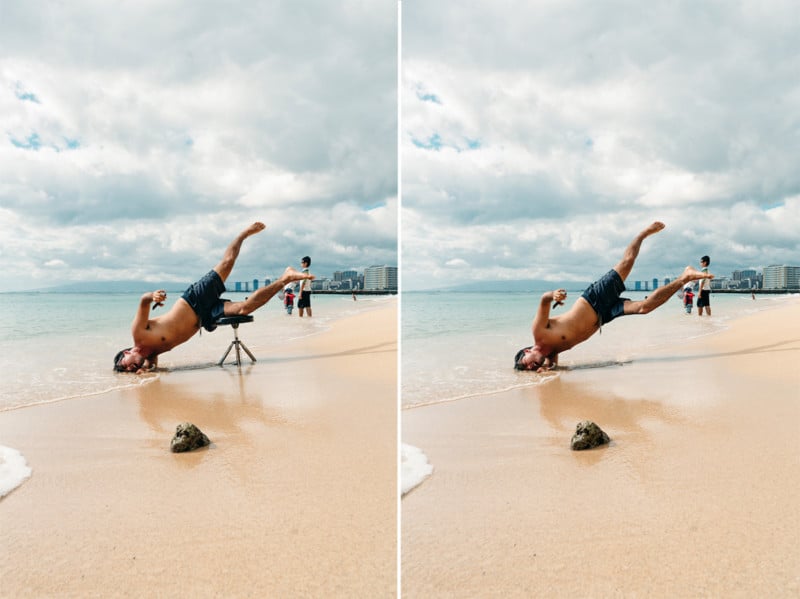 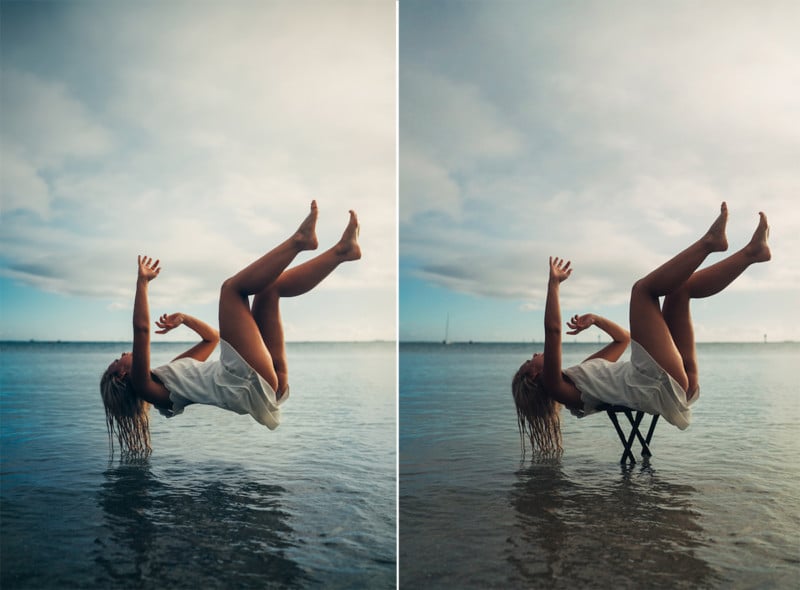 Some Tips, Tricks, Dos, and Don’ts

Shoot using a 35mm or lower focal length to create depth in the image and model simultaneously. I messed around with a bunch of focal lengths at first—mostly with an 85mm at first—but I kept running into an issue where the subject felt out of place as if I had just copy pasted them from another photo without connecting them to the scene.

I later realized that this issue was coming from the compression found at longer focal lengths. The compression made everything so flat that my brain couldn’t realistically believe the model and scene were connected at different points of distance, which would sell the effect.

Shooting around 35 or lower brought in enough distortion to make it look like the model wasn’t some 2d object placed over the ground.

Make sure your model physically connects to the scene

Another way to avoid the “copy-paste” look is to make sure your model makes contact with the environment in unique ways. The idea is that if they’re floating up in the sky without any connection to the scene, it looks fake. But by making sure to get a shadow, reflection, hand on the ground, or even some hair falling it lets the viewers brain know “oh yeah, she’s there”

Try to include at least 2 “connections” if you really want to sell the effect.

The lower your viewing angle, the larger the gap between the subject and the ground. If you’re too high up, it doesn’t matter if there are 2 inches or 2 feet there, it still looks like they’re on the ground. So get low, create that cap and sell the effect.

This is the big one. I would spend hours tearing my hair out, wondering why some images worked and others wouldn’t. It’s all about where your model is putting their weight.

The thing is, Our eyes expect to have someone sitting on their butt. So if I take a picture of someone sitting and just remove the chair, its gonna look awful because you can imagine the support even when its not there. The trick is to make it impossible to tell where the supports are (if any). This sells the idea of someone actually floating and not just standing or sitting on something.

Put your supports in places that arch normally or aren’t meant to be load bearing parts of your body. (lower back, back of the heels). These are also places where there isn’t much skin or fat to “flatten out” and look like its being molded to something.

The key is flowy, see-thru fabric. Lots of misdirection and motion keeps the viewers eye guessing as to how much movement and support actually was there. I like white dresses and skirts.

You’re gonna want to experiment with supports of different shapes, sizes, and angles. The universal key here is get something with a low profile (think exercise bench). The less you have to take out in post, the easier it is.

If you get something minimal enough you wont even need the 2nd layer in PS, just a little bit of clone stamping.

This ones is really hard—certainly the most time-consuming part of the process. Turns out it’s really really difficult to make someone look like they’re floating peacefully and not straining at being upside down or balancing on one foot; however, there are a few ways to help this along:

(1) Relaxed expressions. If you come from a portrait background this is a bit easier. Do your little comedy bit or whatever that brings out a smile, this will relax the neck and shoulders as well.

(2) Hands shouldn’t be clenched or open flexed. If you imagine yourself floating, your hands would just kinda be in that half-claw. Maybe even some fingers out all Sherlock Holmes style.

(3) Try to keep those toes pointed; basically the same advice as number 2, but for feet. If you were floating there would be no reason for flat feet.

For reference, I would take a GoPro to the local pool and just take pics of yourself a few feet beneath the water. Check out the way your arms and legs have this half bend to them.

A big thanks to Christopher for sharing these tips and images with us. If you’d like to see more of his work, be sure to check out his website or give him a follow on Instagram.

Image credits: Photos and tips text by Christopher James and used with permission.

Composite Photos of Planes at Airports Around the World