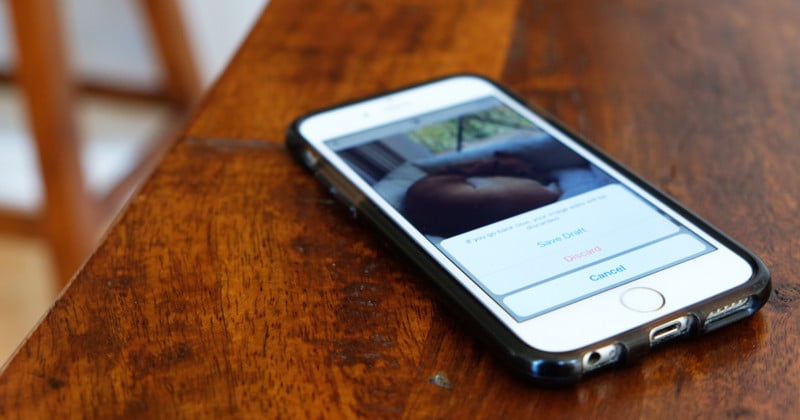 It might be the most requested Instagram feature behind pinch-to-zoom, and it’s finally here. As of the latest update, Instagram lets you save an unfinished post as a draft that you can come back to and publish later. Cue slow clap.

Instagram began testing the feature with select users a month ago to quite a bit of fanfare, but now it’s official. Announced via Tweet earlier today, the small feature add will no doubt be greeted by cheers from the Instagram faithful.

Trying to create a post that's just right? With the latest update, you can save as a draft & come back to it later. https://t.co/7lZ0eyNtBC

The feature is very intuitive to use and probably already live if you have autoupdate on. All you have to do is take/upload a picture on Instagram and begin editing it; then, as soon as you hit the back arrow on the Edit screen, an option will come up that gives you the option to Save Draft, Discard, or Cancel.

Hitting Save Draft will store it, so that next time you click the camera button in Instagram, there’ll be a photo waiting for you in a new section called “Drafts” right above your Camera Roll. Easy peasy.

The feature should already be live for both iOS and Android users, so update the app to give it a go for yourself.

A Quick Comparison of Every iPhone Camera Ever Made