In another fascinating peek into the life and work of the great Ansel Adams, Marc Silber takes us into the legend’s home where we get to see some of his old cameras, hear about his week-long Yosemite workshops, and find out about the commercial work he did to “pay the bills” in the early years.

The most interesting revelation from the video has to be the fact that even Ansel Adams, whose large format black and white landscape photographs are the stuff of legend, had to take commissions to make ends meet—at least in the early days.

He shot for companies like Kodak and Standard Oil, often shooting in color and doing his best to make the most of work he wasn’t all that excited to create… sound familiar? 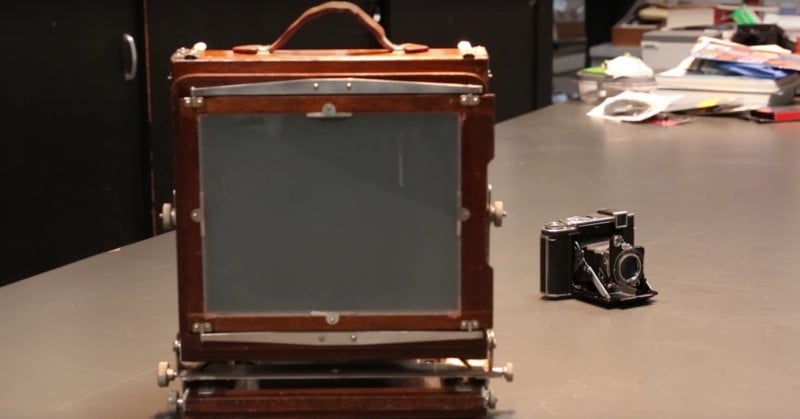 Once they’ve finished talking about the commercial work, Silber and Ansel’s son Michael Adams go look at two of Ansel’s old cameras—an 8×10 Deardorff and a Zeiss Ikon Super Ikonta B—and talk about some of the work he created with them.

They also touch on “visualization” a lot, a technique Adams’ used to harp on and something that has been called Adams’ “secret” although it was really no secret at all. Suffice it to say, if you’re not visualizing the shot you’d like to take/create before you even take your camera out of the bag, you’re doing it wrong.

Check out the full video up top—there’s a wealth of interesting and educational information in there—and then head over to the Advancing Your Photography YouTube channel for a lot more from the Ansel Adams house.