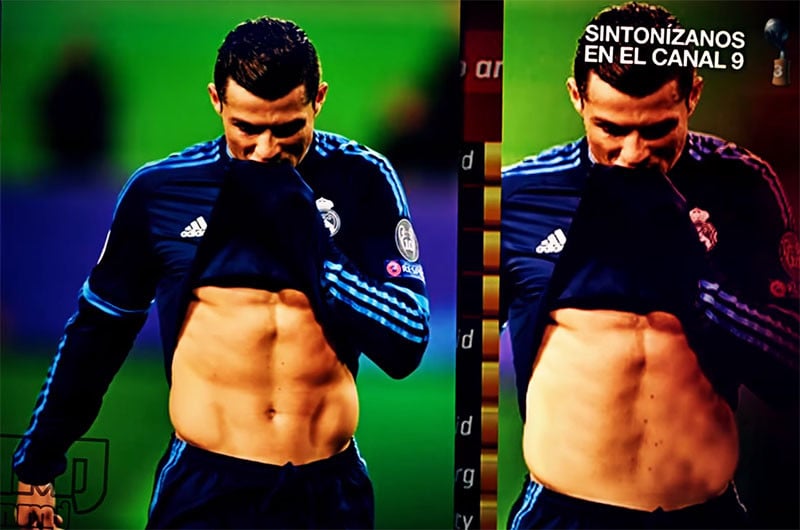 In the world of soccer, the rivalry between Barcelona and Real Madrid burns bright, and it’s seen as a conflict between Catalan and Spanish nationalism, respectively. Catalan national TV snubbed Real Madrid superstar Cristiano Ronaldo in a bizarre way this week: they tried to Photoshop away Ronaldo’s famously chiseled abs. What resulted was a glaring Photoshop fail.

In a graphic about Ronaldo’s statistics, Catalan channel Esport Club de TV3 featured a photograph of Ronaldo to the side. What’s bizarre is that the photo was obviously a badly-done clone job that attempted to smooth out the soccer player’s belly. 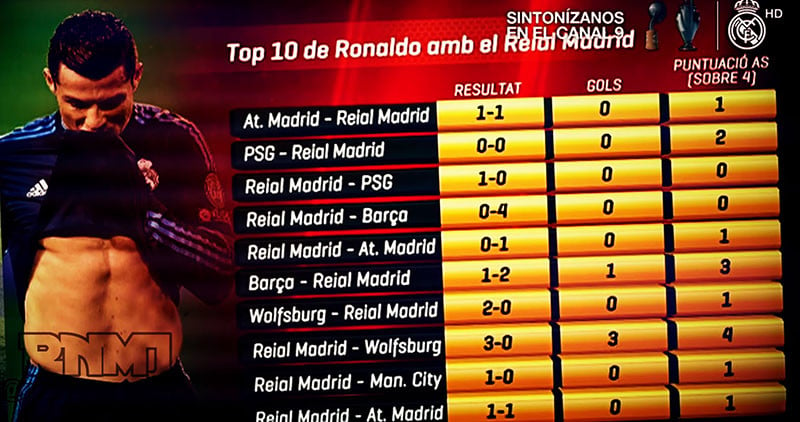 Instead of making the superstar pudgy, the Photoshopper gave him a strange clone pattern and accidentally removed the belly button entirely.

Real Madrid TV noticed the Photoshop fail and made sure to bring it to everyone’s attention on its show:

The Mystery of an Abandoned Bag of Kodachrome Slides in NYC