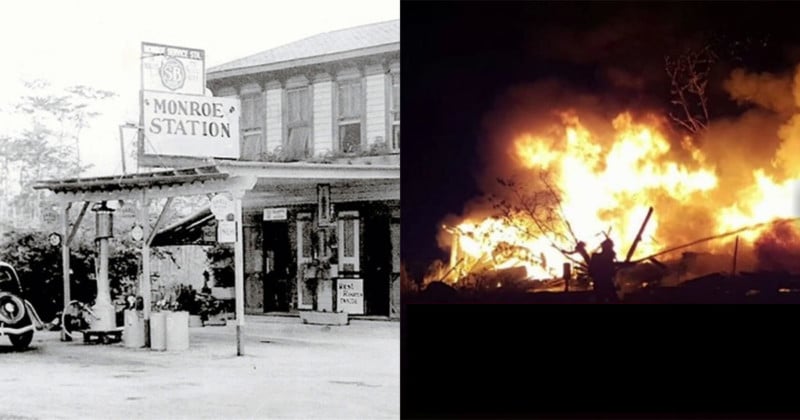 If you ever try your hand at light painting photography with burning steel wool, be extra careful with safety and legality. Just a few months after a photographer allegedly destroyed a historic shipwreck in California with his sparks, another steel wool photo shoot has burned down a historic 1920s building in a US national preserve.

Back on April 9th, 2016, a fire consumed the Monroe Station in south Florida’s Big Cypress National Preserve at around midnight. Firefighters responded to the scene, but they weren’t able to save the building before it completely burned to the ground.

Big Cypress National Preserve announced today that after police investigation, a photographer turned himself in on April 11th after being labeled by officials as a person of interest and primary suspect.

The man confessed to trespassing at Monroe Station with two other photographers and climbing onto the roof in order to shoot light painting photos with the sparks from burning steel wool. A quick search on Instagram shows that other photographers have shot similar photos in recent days:

“It appears that during the photography activity a fire was sparked,” the National Preserve writes. “The three men stated that they tried to put the fire out, but it spread too quickly and they fled the scene.”

Photos of the burned down station have also begun appearing on Instagram:

Monroe Station was a historic 1920s gas station located in Ochopee, Florida. It was added to the US National Register of Historic Places in May 2000, and the Park Service started working to restore the landmark in 2005.

No charges have been filed against the photographer yet, and the investigation into the fire is still ongoing.

This Guy Made a Miniature 1900s Photo Studio