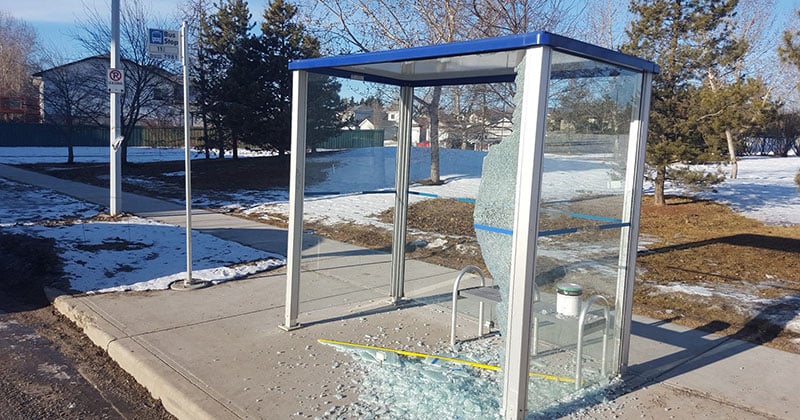 This is bizarre: two photographers in Edmonton, Alberta, Canada, have been charged by police with smashing the glass at 70 bus stops around the city — locations they had been photographing for a photo book.

The Edmonton Police Service announced yesterday that 49 charges have been laid against Italian photographer Leonardo Autera and his friend and fellow photographer Cynthia Zambrano.

Police say the duo used marbles fired from a slingshot to destroy the glass. The damages are estimated to cost taxpayers $30,000.

Back in November 2015, the Edmonton Examiner reported that the duo was working on a photo project and book that documented Edmonton’s bus riders. In a manner similar to Humans of New York, they visited the bus stops for months and shot around 100 portraits of those waiting for buses to arrive.

Autera has reportedly visited over 100 countries and has held photo exhibitions in dozens of them.

Police have not given any motive behind the alleged vandalism spree — was it related to the project? — but we’re guessing it didn’t help any bus passengers smile more.

Video: One Month of Life on the Road as a Photojournalist

Lightroom for iOS Can Now Handle Your Full-Resolution Photos