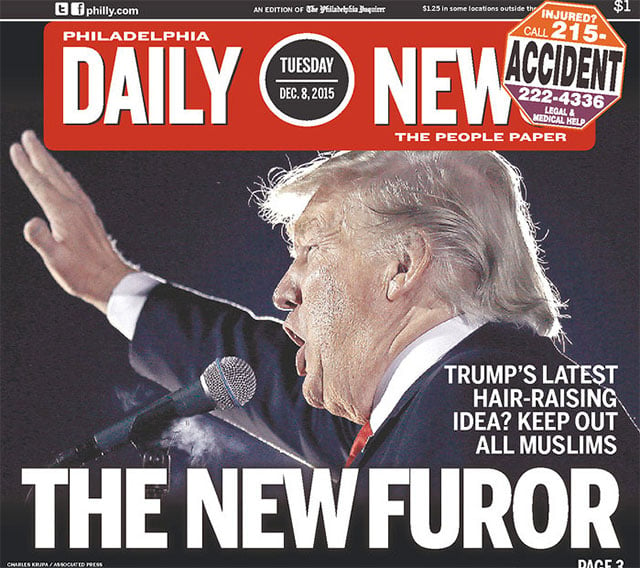 After Donald Trump publicly called for the US to ban Muslims from entering the country on Monday, a number of photo editors responded by publishing photos of Trump that make the presidential candidate look like he’s doing the Hitler salute (or “Nazi salute”) — a gesture that’s a criminal offense in Germany and a few other countries.

The Tuesday cover of the Philadelphia Daily News compares Trump to Hitler with its photo choice and headline, “The New Furor” (a play on the word “führer”).

The Times of Israel featured a similar photo of Trump at the top of its article about the ban (the photo has since been replaced with an ordinary shot of Trump): 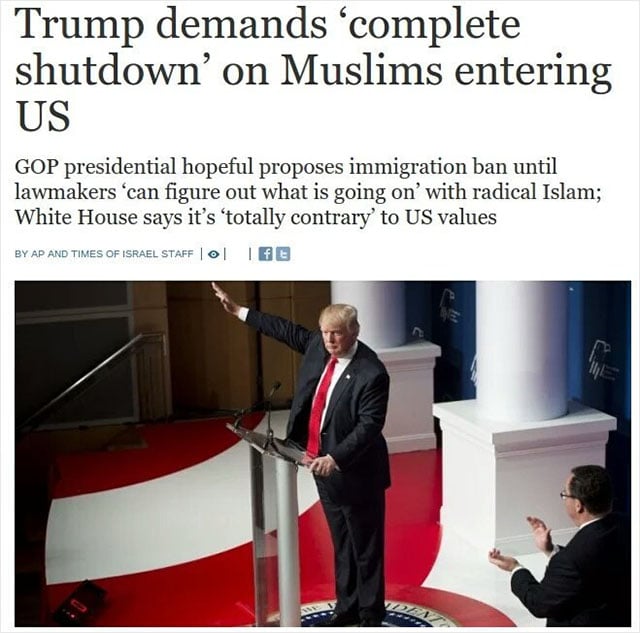 Here’s freelance journalist Carl Anka’s take on the photo choices (he has been retweeted 16,000+ times over the past day):

If a picture is worth 1,000 words, then this Philadelphia Daily News cover is a novel… pic.twitter.com/2F6gTcqZAx

(via CBCNews and Carl Anka)

10 Reasons Why You Should Try Wildlife Photography