Here’s an interesting weekend photography project of moderate technical difficulty: the video above is a tutorial on how you can make a DIY coffee cup spy camera. The camera sees out of the cup’s base and has a shutter that’s triggered whenever you lift the cup and pretend to drink from it.

The build comes courtesy of tinkerer Steve Hobley over at Make. It’ll require an Arduino Uno Rev 3 microcontroller board, a JPEG camera module, an SD card shield, a Memsic 2125 accelerometer, and a few various small components (e.g. resistors and LEDs). 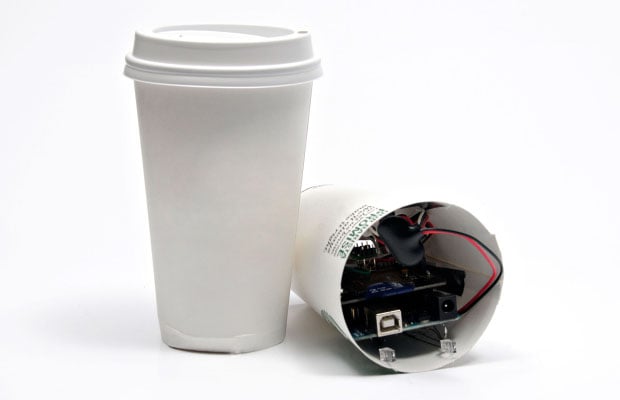 An interesting feature of the DIY cup camera is that it features a two cup design — align the holes in the cups to reveal and use the camera, but if you think your cover is blown, quickly rotate the cups to hide it.

Indicator LEDs can be seen through the plastic lid and flash to indicate activation and photos being taken.

For a more detailed look at how the camera is made, check out the step-by-step tutorial over at Make.