Creating a stop motion music video by photographing a boatload of physical prints is nothing new, but what happens if you add gasoline and fire to the mix?

That’s what visual artist Christophe Thockler decided to do in creating the music video above for the song “Why Won’t You” by Victoria+Jean. Each of the prints seen in the video is on fire. 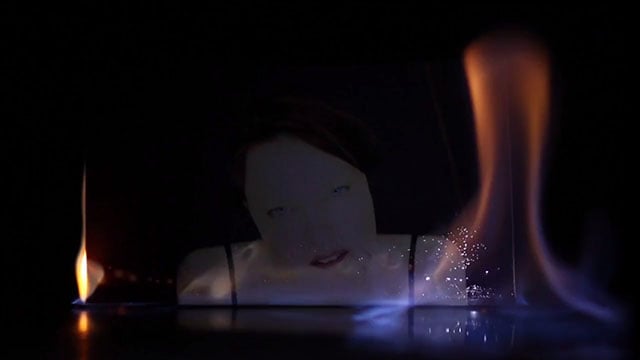 Thockler made 400 prints for the video, and then used 2.6 gallons of gasoline and 2.2 pounds of powder to cover the prints with flames and sparks. The melting prints and film strips were captured in 8,500 stop motion photos. The artist writes,

With this video, I wanted to do something I had never done before, a sort of metaphorically sensual piece of work. If you pay close attention to details (spherical elements, flames dancing, getting closer and mixing, bursts of fire, sparkles exploding in tunnels…) and to how the video is semiotically constructed, like a climax with epiphany moments, it should become a bit obvious.

Thockler says he first had the idea of creating a stop motion video with flames after creating one that features 40 blocks of ice melting over 36,000 photographs:

This second video was selected three years ago as a Vimeo Staff Pick for its creativity.