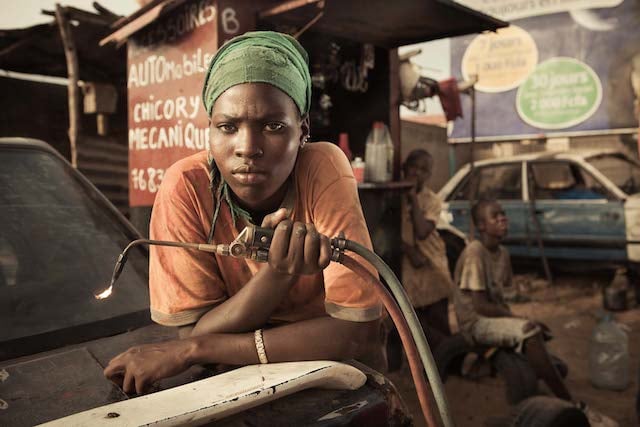 In 2011, award-winning ‘art documentary’ photographer Anthony Kurtz was volunteering in Senegal when he saw a clip about a female-owned shop in Dakar on a French television station. “When was the last time I saw a female auto mechanic?… Even in the US!” he wondered.

Thus was born the idea for No Man’s Job, a documentary portrait series that would shed light on women doing the “dirty or tough jobs” performed primarily by men.

The first incarnation of this ongoing series, naturally, turned out to be a feature on the female auto mechanics of Senegal. A friend who works for a women’s organization in Paris introduced him to a Senegalese friend and, before he knew it, he was meeting the women who owned and operated the shops Fatou and Fatou Mercedes, Femmes Auto, and Chicory Mechanique. 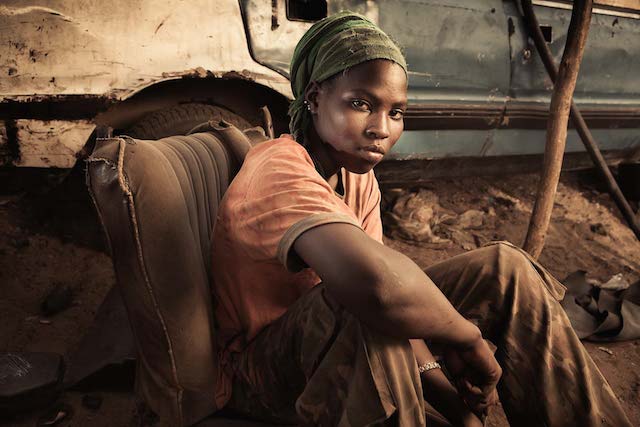 “My work often focuses on marginalization and alienation,” writes Kurtz in the project’s artist statement. “My goal is to tell the stories of ambitious and defiant women who are willingly and successfully pursuing these male-dominated jobs despite the scrutiny and disbelief of others.”

Approaching this goal with his easily identifiable artistic eye, Kurtz didn’t want to create a strictly photojournalistic documentation of these women. Instead, he wanted to use his art to drive home his point stylistically.

“By using studio flashes, interesting compositions and poses (then post-production in Lightroom),” he continues, “I take a painterly approach by enhancing the reality and presenting these women as modern-day heroes.” 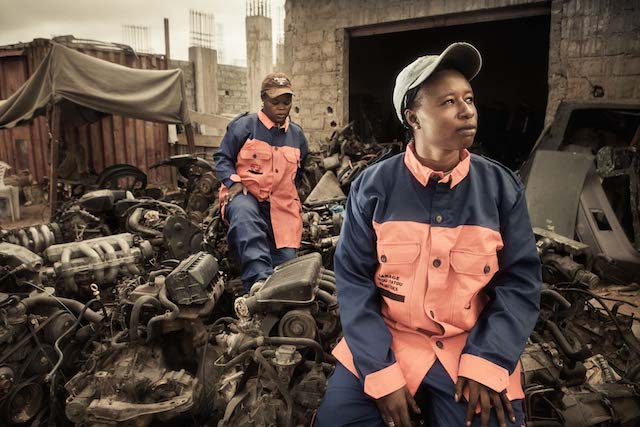 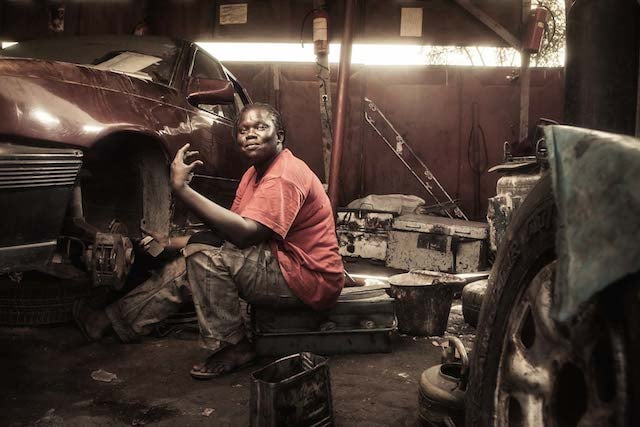 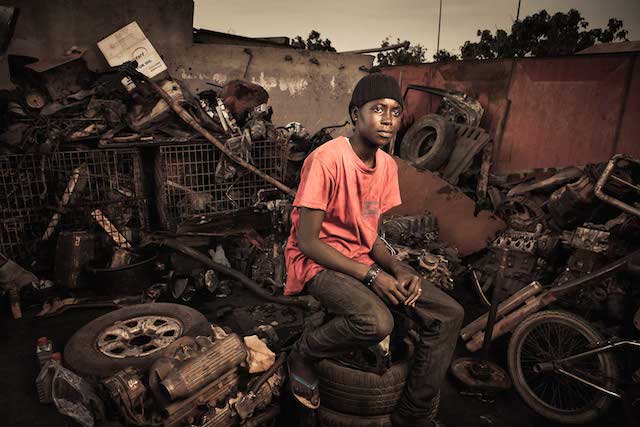 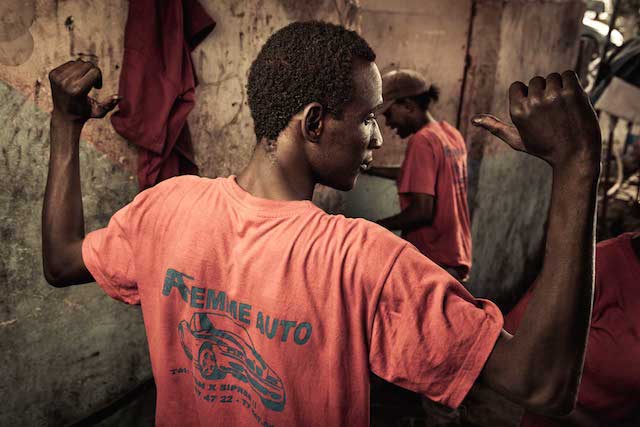 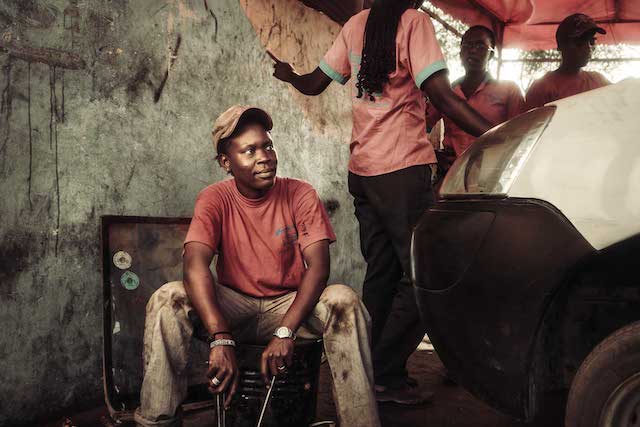 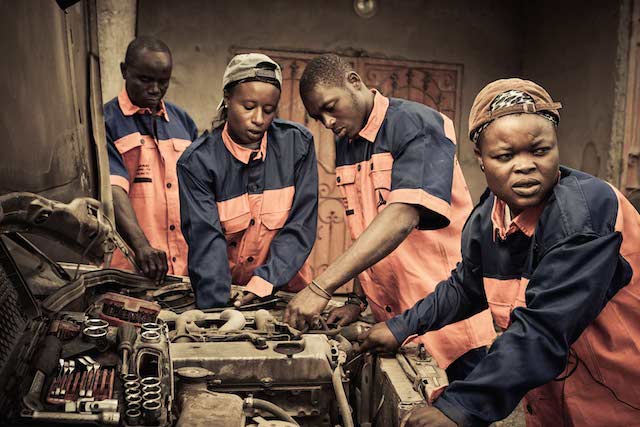 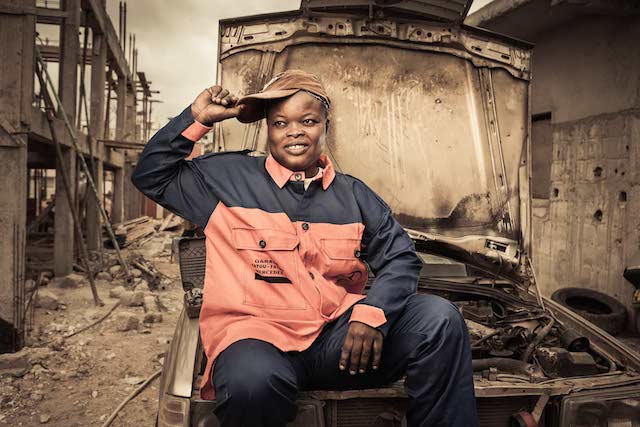 The most striking aspect of Kurtz’ work is his ability to present photojournalistic projects through an artistic lens. He often refers to himself as a documentary art photographer, and the description works well.

One one level, these are real people and real stories he’s telling, no less real than any told by a purist documentary photographer. The difference is that he’s not confined by the constraints necessary for standard photojournalistic work — he doesn’t shy away from ‘enhancing’ the reality he’s capturing.

Not that this ‘enhancing’ is a particularly glamorous process. Rolled up magazines, speedlights and the occasional “you have 10 minutes” limitation means Kurtz has to work fast and improvise often.

Here are a few behind the scenes photos he was kind enough to send us that show the setup he was using for several of the shots above: 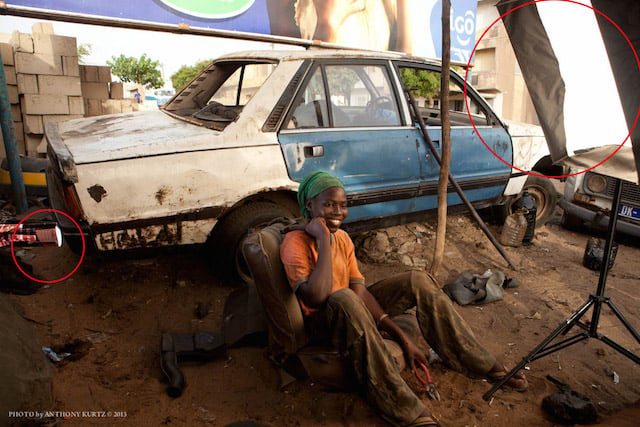 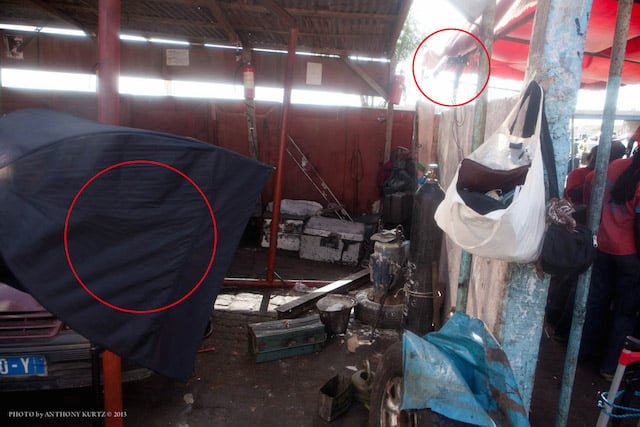 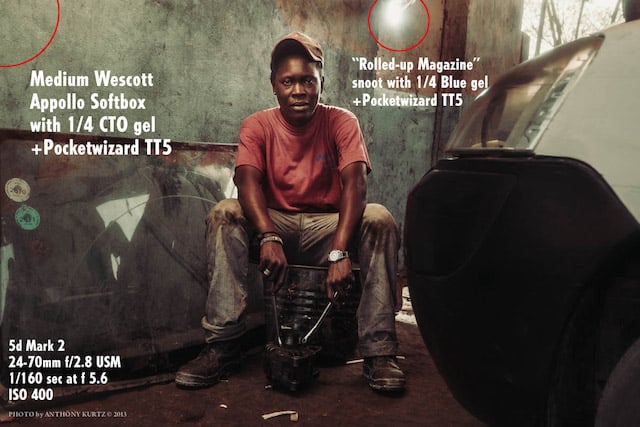 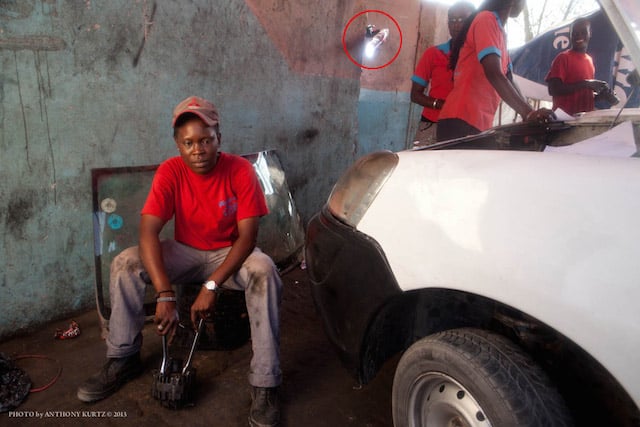 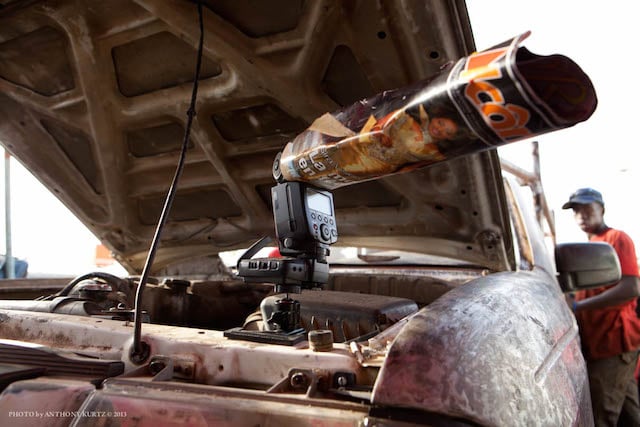 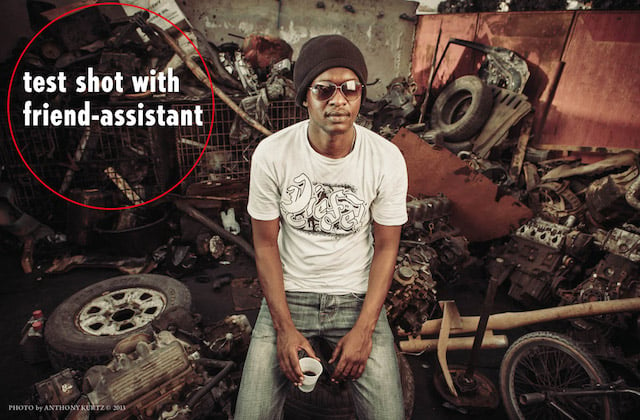 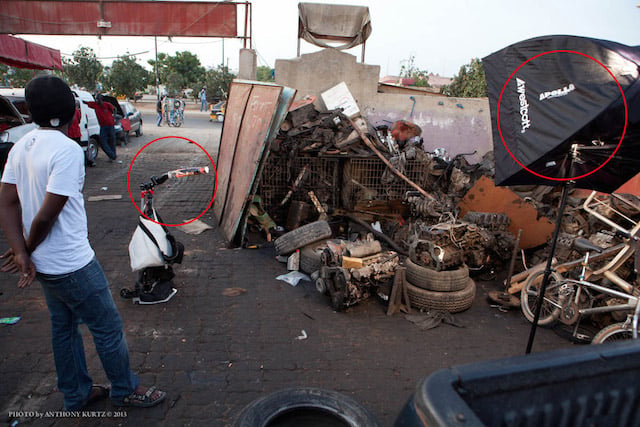 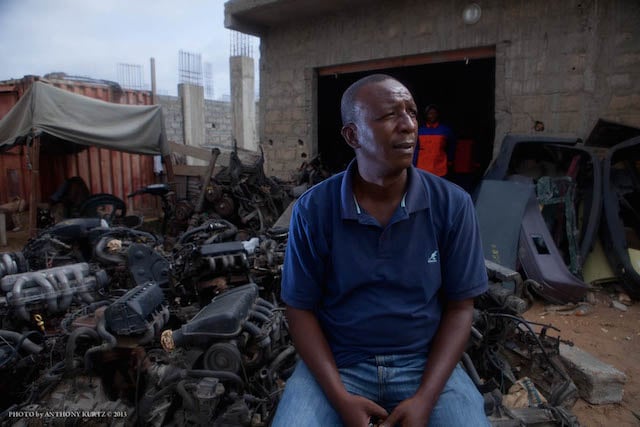 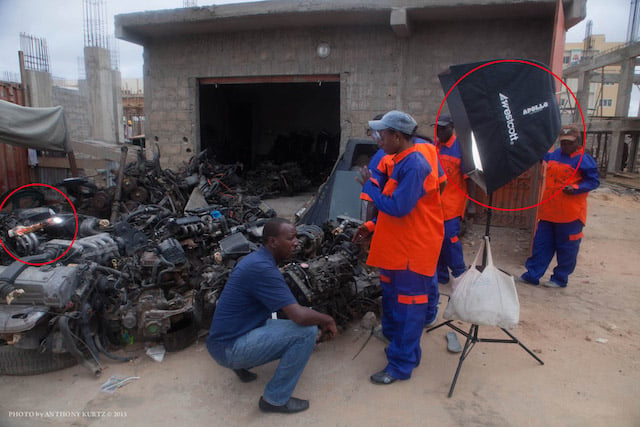 No surprise, No Man’s Job has already won several international awards and been featured in massive publications like Huffington Post and The Guardian, but Kurtz is far from done.

About Anthony Kurtz: Anthony Kurtz is a German-American commercial and fine-art photographer based in Berlin, Germany. You can find his work on his website or by following him on Facebook, Twitter and Google+

Photo credits: Photographs by Anthony Kurtz and used with permission

Rumor: Sony Fires Back Against Panasonic, Will Release a 4K-Capable RX20 in Mid-October

Tutorial: A Quick Way to Add a Subtle Punch to Your Photos’ Color In Lightroom