Canadian photographer Richard Gottardo — whose beautiful work we’ve featured several times before and who I am going to email passive aggressively to see why he didn’t send this our way the moment he published it — just uploaded some truly spectacular aerial footage of the Spring flood in Alberta.

Where most of the aerial videos that make it on the blogs and news sites are shot with a DJI Phantom and GoPro, Gottardo’s beautifully composed piece stands head and shoulders above those thanks to his skill as a filmmaker and the quality delivered by the Sony NEX-5N he used for this project.

Strapped to a DJI s800 hexacopter with a “homebrew dealio gimbal,” the NEX-5N had some help from, in Gottardo’s words, “one of the crappiest ND filters you’re likely ever to see.” Here is a picture of his setup in case you’re curious: However he captured it though, and it looks like it took a good bit of creativity and DIY-ness to make it happen, the footage looks like B-Roll straight out of a feature film. When it starts, you half expect the opening credits of The Deer Hunter to start rolling… and it doesn’t get any less impressive as it goes on. 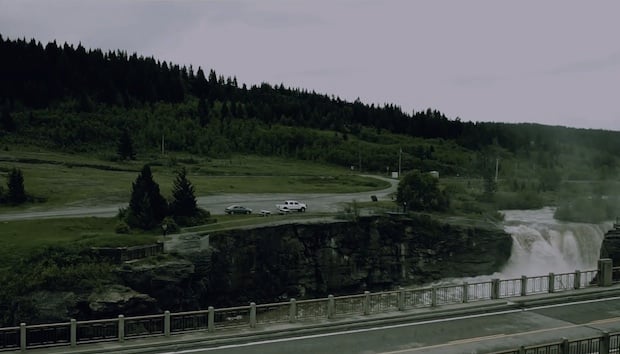 Check it out for yourself at the top, but be warned: you might want to both move to Canada and invest in a hexacopter by the time it’s over. And if you’d like to see more of Gottardo’s work, click here.

Image credits: Photograph by Richard Gottardo and used with permission

Review: The Olympus TG-850 is a Capable Tough Cam with a Selfie Problem