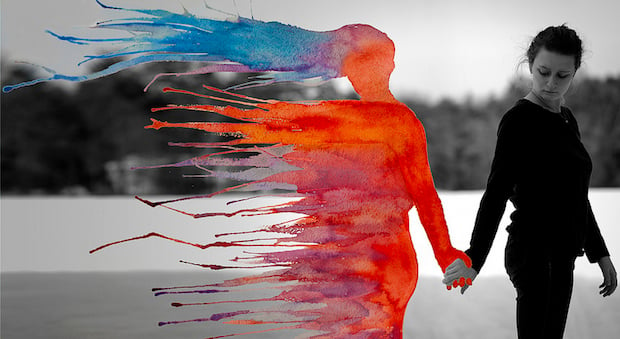 And it’s experimentation that led her to create the stunning images you see above and below. Images that combine watercolor and photography into something greater than the sum of its parts. Images that, as you probably already guessed, are spreading like wildfire.

When we caught up with Aliza (over Facebook message of all things) she was kind enough to share a few details about the project with us. Here, she is describing the process she uses to create these surreal mashups of painting and photography:

I create the photo and the painting separately and then combine them in Photoshop. On a technical level, I like to think of this as a sort of Brechtian device — in a medium of Photoshopping the impossible to look seamlessly real, I think it’s refreshing to have pieces that not only admit to not being real, but celebrate their two-dimensionality.

I do not add shadows or reflections or anything else to make the paint look “really there,” relying instead on the power of illusion.

The watercolor photographs are split into two sets, one depicting the story of Pandora’s Jar (yes, it was a jar, not a box) and the other playing with the theme of missing someone or something.

Here’s a selection of images from the series: 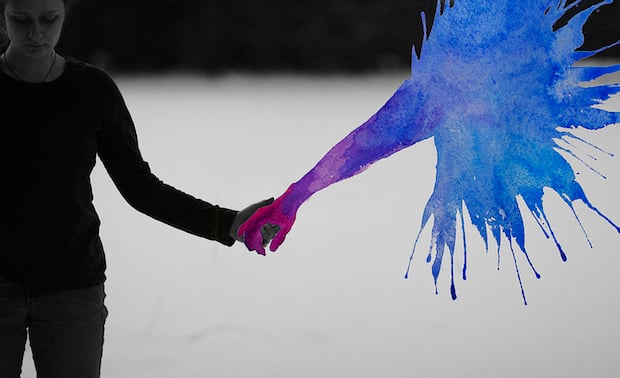 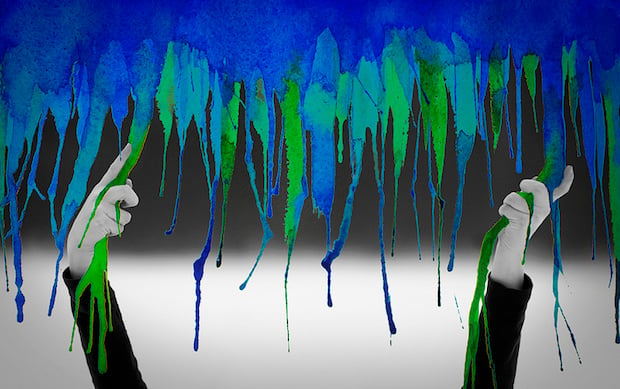 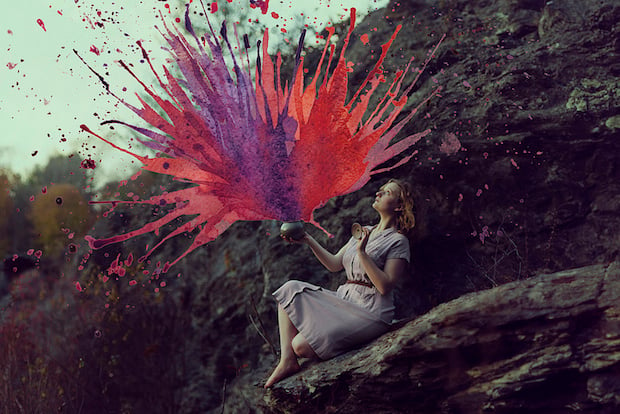 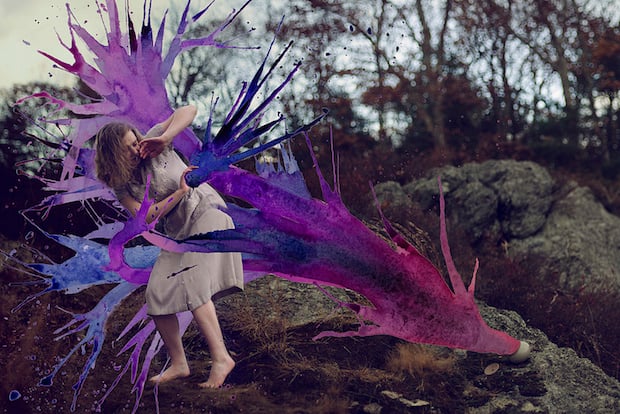 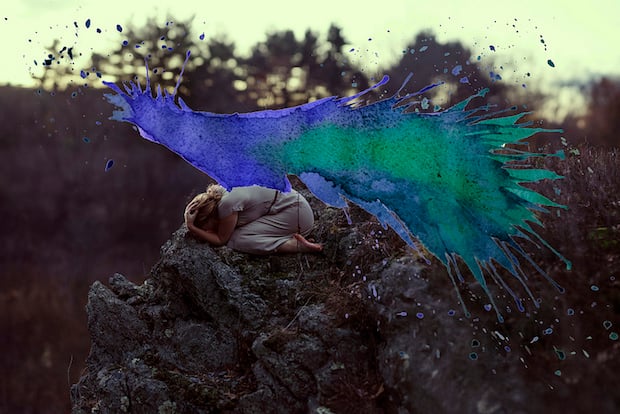 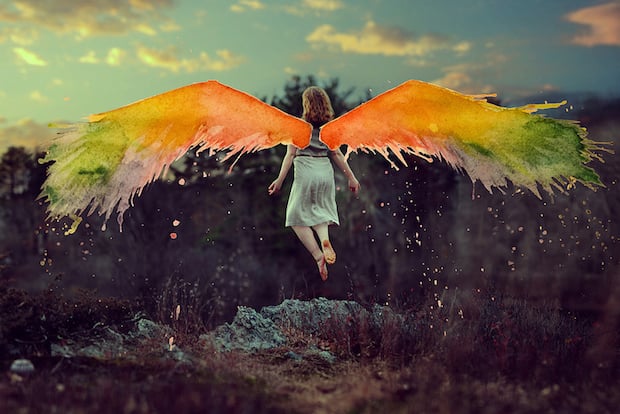 “I like to leave individual interpretation up to the viewers, but to me, there is a rawness to the paint that I have yet to achieve through photography alone,” Aliza tells us. “[There is] a sense that what you are looking at is a spurt of imagination or thought so vibrant that its surroundings turn silent, glassy, dull. The otherworldliness of the results feels to me like an exciting and surprisingly effective way of portraying emotions.”

Well, we don’t know about you, but we certainly agree with her. To see more of her work and follow her as she continues her 365 project, head over to her Flickr account or check out her Facebook page by following the corresponding links.

Image credits: Photographs by Aliza Razell and used with permission