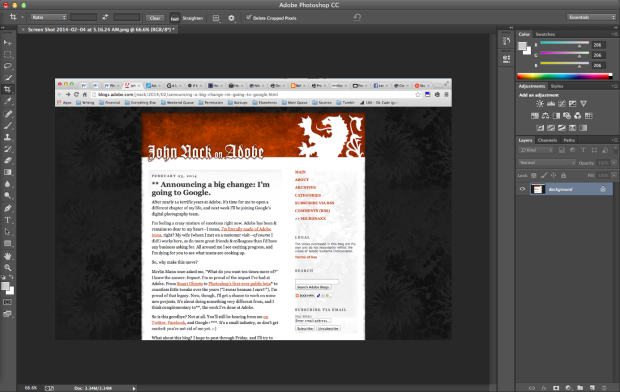 After an illustrious 14-year career with Adobe, former Senior Product Manager for Photoshop and prolific Adobe blogger John Nack is packing up his things and moving to Mountain View, where he will join Google’s digital photography team.

The news comes as a bit of a shock to many — the name John Nack is synonymous with Adobe — but it’s no surprise that Google is pulling out the big guns when it comes to improving all things photography. The company’s desire to improve its photography platforms is unquestionable, and with Nack joining the team, editing capabilities for things like Snapseed and Google+ could see significant improvements.

Of course, we’re just speculating. Nack revealed no details about what specifically he would be working on when he arrives at Adobe in his announcement post. What we do know is that he is honored to have spent so much time with a company he loves, and is excited for the next chapter:

Merlin Mann once asked me, “What do you want ten times more of?” I knew the answer: Impact. I’m so proud of the impact I’ve had at Adobe. From Smart Objects to Photoshop’s first-ever public beta to countless little tweaks over the years (“I swear because I care!!”), I’m proud of that legacy. Now, though, I’ll get a chance to work on some new projects. It’s about doing something very different from, and I think complementary to, the work I’ve done at Adobe.

So is this goodbye? Not at all. You’ll still be hearing from me on Twitter, Facebook, and Google+. It’s a small industry, so don’t get excited: you’re not rid of me yet. :-) 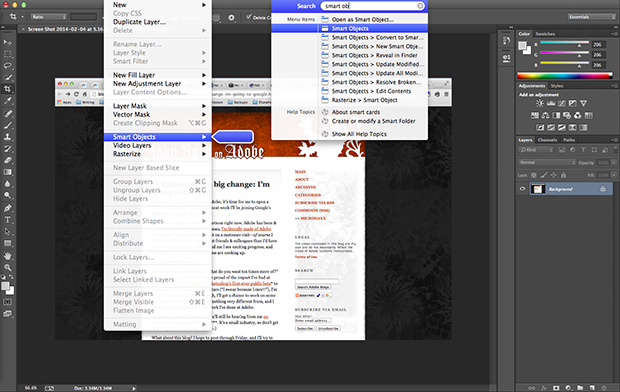 As far as the popular John Nack on Adobe blog, that will be disappearing as of Friday of this week. 4,200 posts and 33,000 comments over eight and a half years will come to an end that day, but he does promise to continue blogging on jnack.com because, in his words, “Once you put on these red shoes, you can’t stop dancing.”

To hear the news from the man himself, follow the link below to the official announcement post. For our part, we wish Mr. Nack all the best at Google. We can’t wait to see (and report on) the positive impact he will no doubt have in Mountain View.

The Gap: An Inspirational Video About How All Artists Struggle in the Beginning