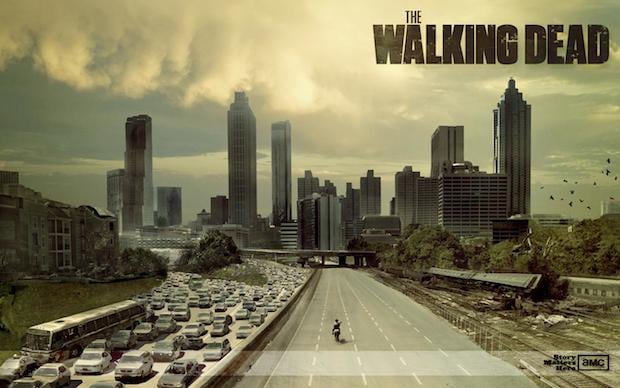 I didn’t want to like this show. Cross my heart, I didn’t.

Zombies? The undead? Not really my thing. I liked to think I was a little more cultured than that. Sure, I’ll eat Nutella straight from the jar but I DO use a spoon and I always heat up my Pop-Tart before eating it, which is a true sign of refinement.  So, I held out for the entire first season. I felt it to be just another apocalyptic zombie show like a gazillion that had come before it.

But then, while editing on a long winter’s night, I clicked on Netflix to occupy myself while I worked and there, in my “Suggestions for Cheri” list was none other than the AMC hit series,“The Walking Dead.”

I have no idea what I had watched on Netflix in the past that made them feel confident that I would enjoy this show, but I’ve learned not to argue with Netflix. Other than the suggestion to watch “Hot Tub Time Machine,” they pretty much have me figured out.

And, I can’t say what made me do it — maybe it was because I was tired, maybe my retouching juice (wine) had kicked in, maybe I had just eaten ribs — I still don’t know the reason, but whatever it was, it made me click “play” and from that first scene, I was immediately and irrevocably sucked into “The Walking Dead.”

The show isn’t about zombies: it’s about the characters and how they react to the situations they find themselves in. It’s about choices and relationships and hard decisions and gore. A lot of gore. So much gore that you really shouldn’t eat BBQ or anything with a red sauce while watching. It is well-written, well-acted, well-directed and a heck of a lot like the photography industry. Except we don’t have Daryl and his crossbow, which is our loss. 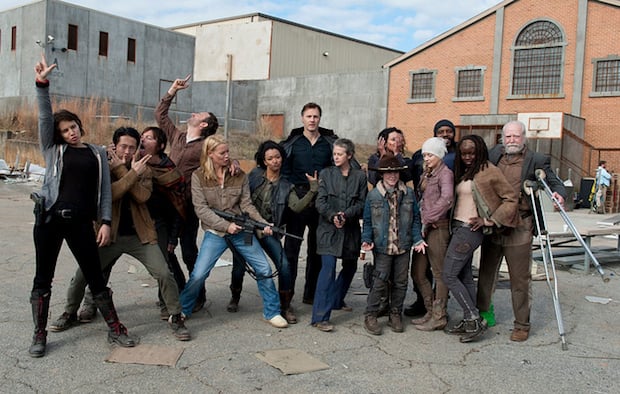 Situation: The Walker Zombies don’t know they are undead. They walk around with other zombies and gather in throngs all intent on the same goal. They don’t realize what they are and tend to go and do what the other zombies are doing.

Compare: Many inexperienced photographers don’t realize how much they still have to learn. It’s easy when you’re new to simply do what others are doing: market the same way, shoot the same way, edit the same way. Don’t beat yourself up over it, it’s a natural thing; but it doesn’t get you anywhere other than where everyone else is.

Situation: The Walker Zombie that has the best chance of succeeding, and by succeeding, I mean chomping into a huge mouthful of flesh, is usually the zombie that goes his own way. Unlike a large group, you never see this solo zombie coming at you. He’s hidden behind a tree or in a closet of an abandoned house. Just when you least expect it, he pops out and has you for lunch. Literally. By doing his own thing, he succeeds.

Compare: When your photography looks just like a bunch of other photographers’ work, what is there to make you stand apart? When you market with the same specials and same ideas, what makes you different? As the song goes, Ab-so-lute-ly nuthin,’ huh.

Situation: “Where’s Carl?” the line uttered on a regular basis seasons 1-3 when searching for the youngest family member.

Compare: “Where’s my Wacom stylus?” the line uttered on a regular basis in most studios when sitting down to retouch. 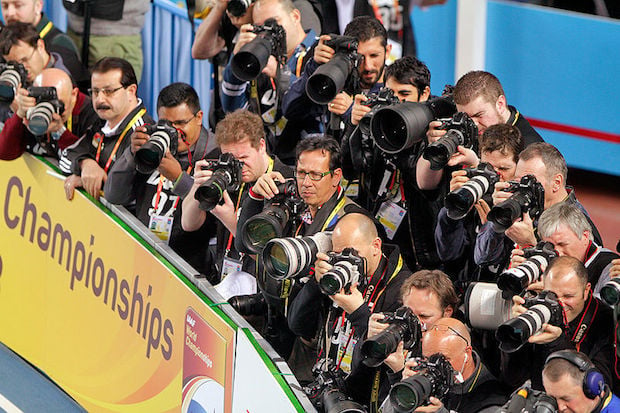 Situation: The show has a defined leader, Rick, but it’s clear that if all members don’t participate to better their situation, they will fail.

There are no divas, and if there are, they are usually the characters nobody likes. And we all cheer when they are taken out “Walking Dead” style. I usually find myself pointing at the TV yelling, “Yeah, that’s right. You. Are. Outta. Here!” And, oddly enough, the most bad ass of the group doesn’t consider himself that way, which only adds to his bad ass-ness. Plus, he has a crossbow, which is always a plus.

Compare: My friend, Ray, told me once that “we get the photography industry we deserve.” Ouch, but he’s right. If we aren’t part of the solution, we’re part of the problem. The only way we make our industry, our group, better is to work together — removing egos, removing divas.

In our industry, quite often the person you should be learning from is the person who is actually out there quietly doing, who doesn’t consider him/herself anything other than what they actually are: a working photographer.

(Note: If this working photographer also has a crossbow, rides a motorcycle, has cat eyes and wears a sleeveless vest, it’s a no-brainer. In fact, if you know someone like that, why are you still here reading this column. Go! Go now! And email me the address to this person so that I can go there, too. Please and thank you.) 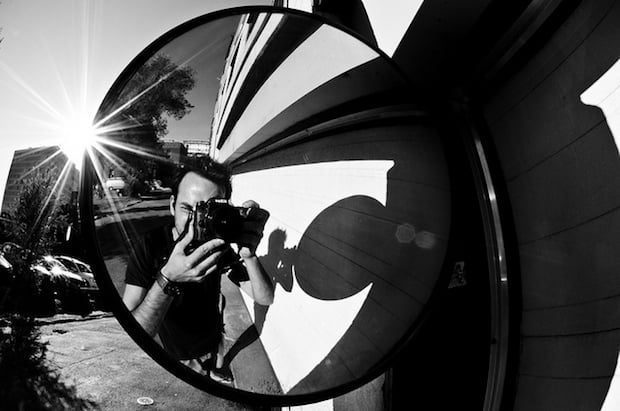 Situation: The Governor. That eye-patch wearing SOB with a hidden agenda who convinces a whole town full of people that they are better off under his protection. He’s admired by many, but he keeps zombie heads in an aquarium and his actions only serve his own needs.

Compare: As far as I know, we don’t have any eye-patch wearing photographers who call themselves “The Governor,” but that doesn’t mean we don’t have industry people with a self-serving agenda. Be careful whom you admire, kids.

Situation: There are times when there are so many zombies, the characters feel they will never win. They have smashed heads, poked eyes out with rods and they are exhausted. They feel overwhelmed. The odds are against them. Things go wrong. But they persevere. They either move forward or die.

Situation: The zombies are a haggard mess of humanity who move sluggishly, look unkempt, and make low moaning sounds.

Compare: Any photographer after shooting a wedding.