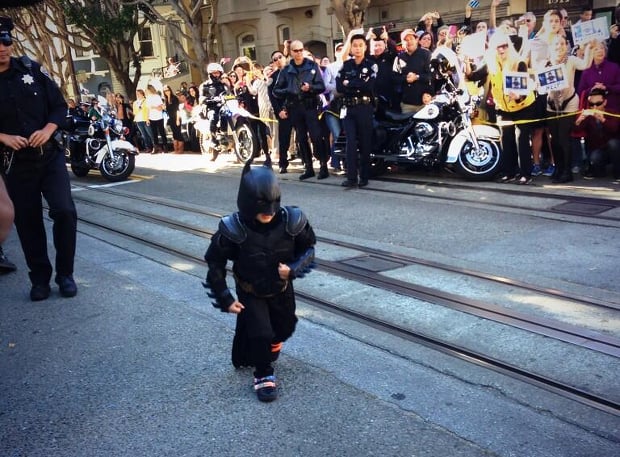 Yesterday a young boy named Miles, better known now as Batkid, inspired the world and probably became the most photographed child on Earth, if only for a day. You see 5-year-old Miles has been battling Acute Lymphoblastic Leukemia since he was 20 months old, and when the Make-a-Wish foundation asked him what his wish was, he said he wanted to be Batman.

Well, you don’t tell a 5-year-old no, and so the Bay Area Make-a-Wish foundation and 12,000 volunteers set to work turning San Francisco into Gotham city, and making sure that everyone who ran across this story today would break down into uncontrollable tears of joy… 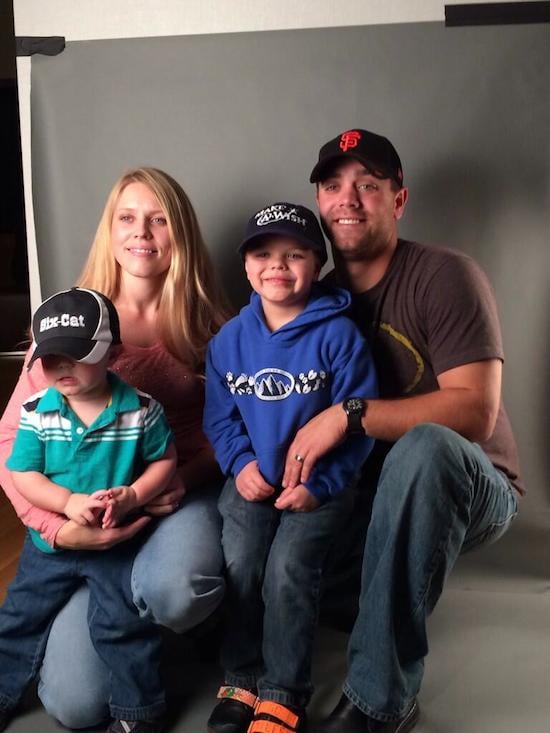 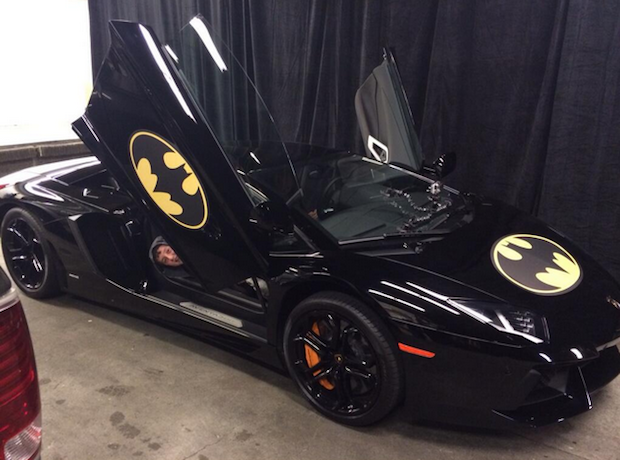 If you got onto Instagram or Twitter yesterday, you probably saw at least one reference or photo of Batkid posted under the hashtag #SFBatkid (almost 15,000 photos went up on Instagram alone). That’s because the city of San Francisco, Make-a-Wish and 12,000 volunteers pulled out all the stops to make this happen, and then kept going.

What started as a local event picked up on social media so quickly that soon, the Department of Justice and the President himself got involved: 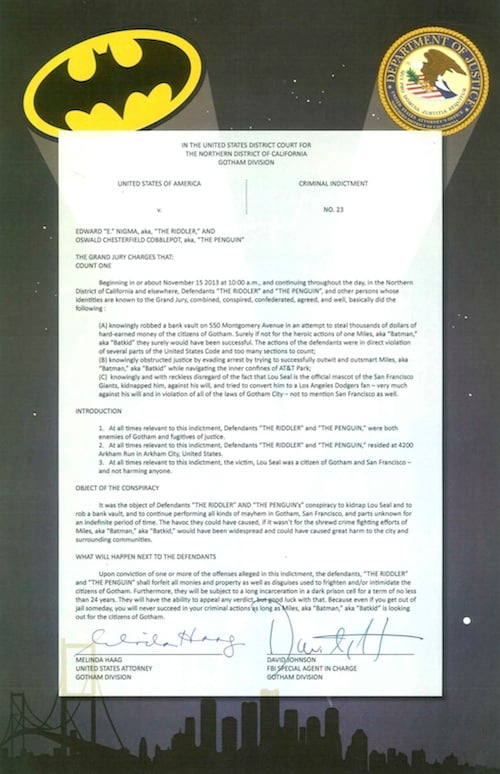 Over the course of his adventure-packed day, Batkid and a full-sized Batman took a tricked out Batmobile to several locations where Batkid: disabled a bomb to save a damsel in distress, foiled the Riddler as he was trying to rob a bank, and rescued the San Francisco Giants’ mascot, who was being held captive by Penguin at AT&T park. 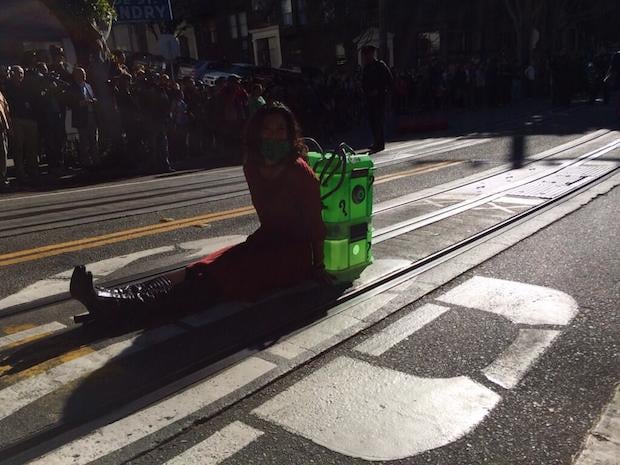 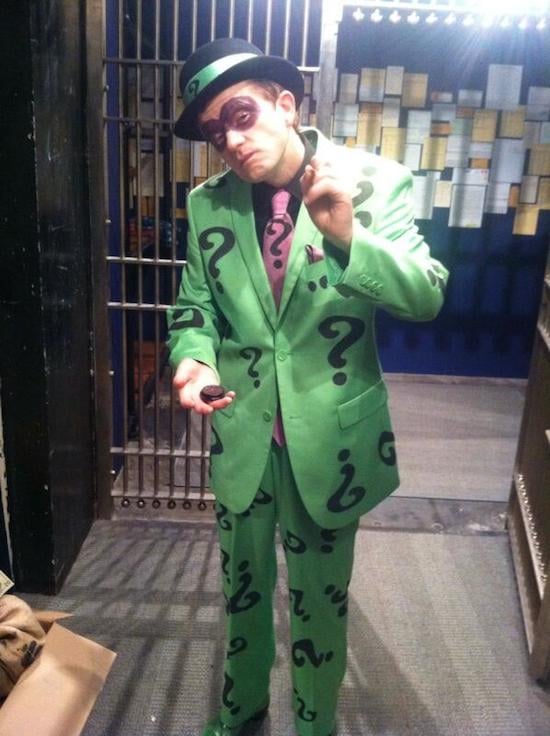 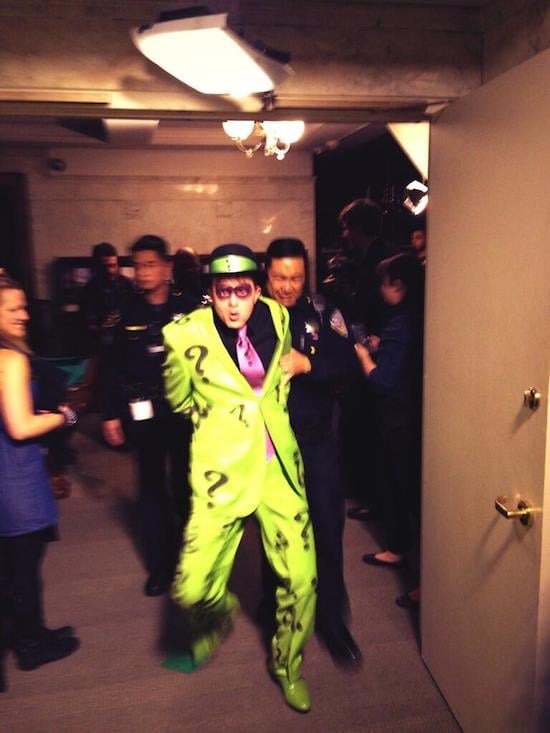 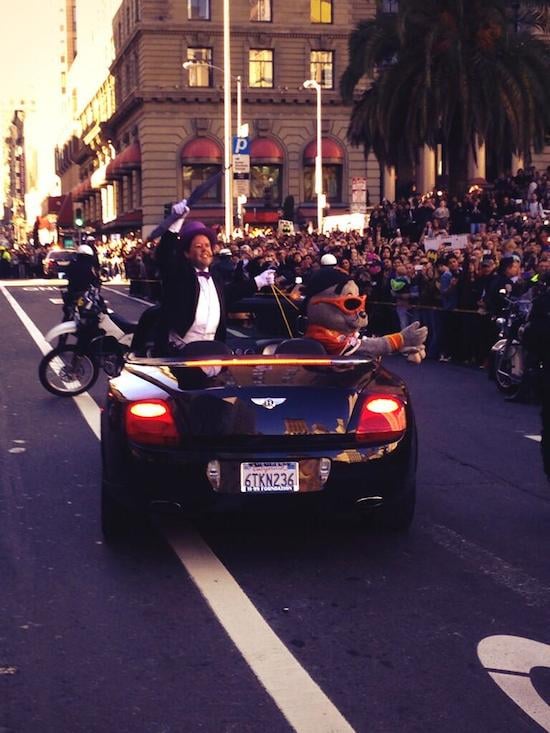 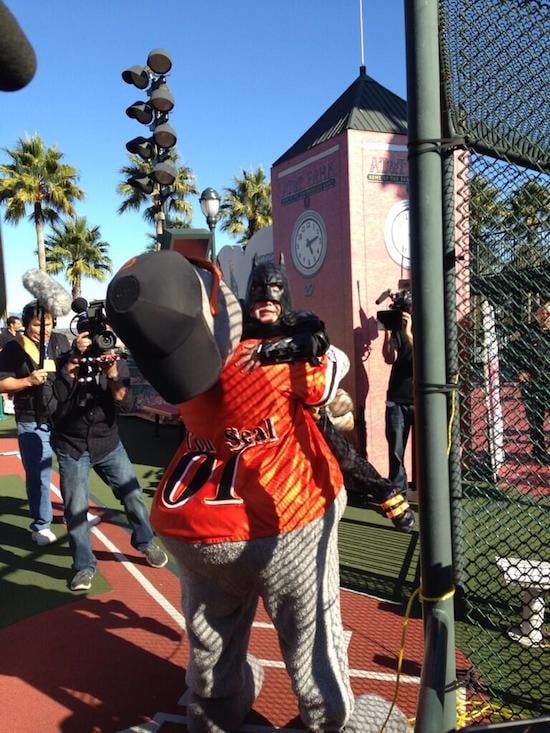 His day ended with a trip to City Hall where he met the mayor and was given a key to the city for his heroics. And if that wasn’t enough, there were also 1,000 special editions of the SF Chronicle printed in which none other than Clark Kent regaled readers with tales of Batkid’s heroics. 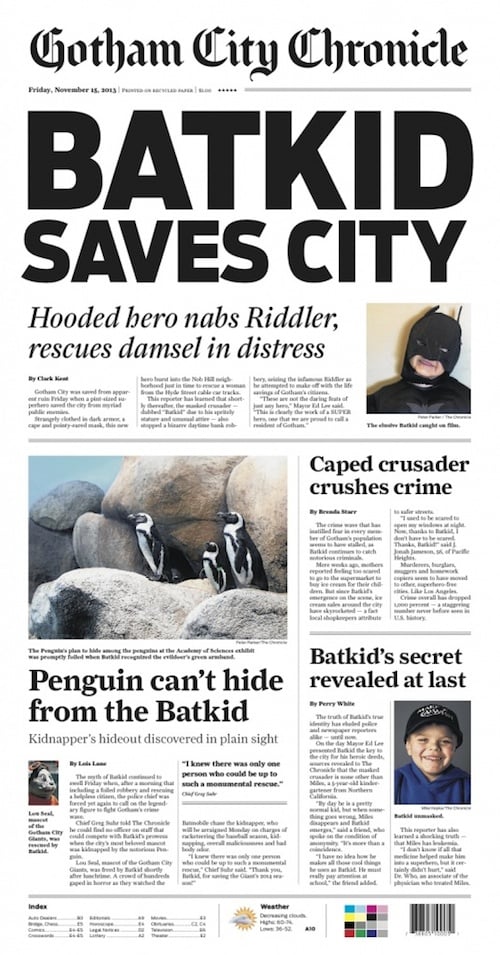 We’ve included some of the best photos Make-a-Wish captured over the course of the day here, but you really want to look up the hashtag and browse through all the content yourself… no worries, you have our permission to cry uncontrollably while you do it. 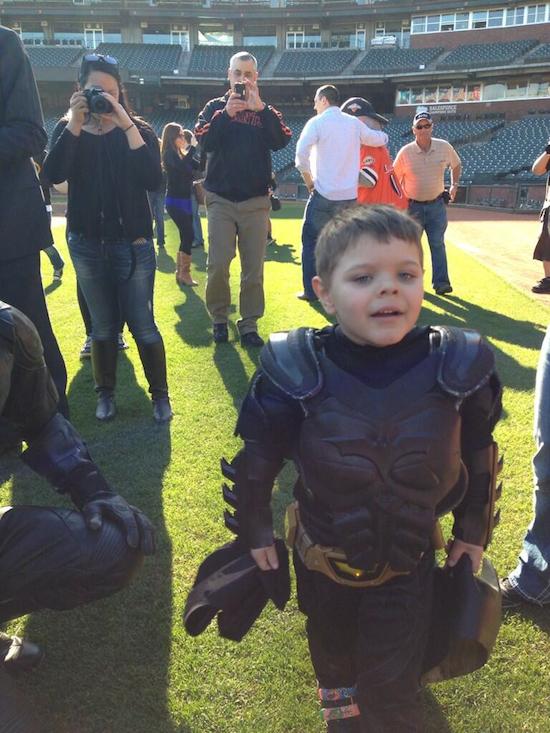 Miles got his wish, and we’re happy to be able to tell you that Miles’ Leukemia is in remission, but there are many more kids who are waiting to have their wishes granted today.

So before you do any anything else, head over to the Make-a-Wish foundation to donate to their incredible cause so that more stories like this can clutter our Twitter and News Feeds, and then click here and here to see all of the Tweets and Instagram photos that went out hashtagged #SFBatkid yesterday… there are a lot more amazing photos where these came from.

BTS: Tyler Shields Explains How He Got Zachary Quinto to Risk His Life for a Photo