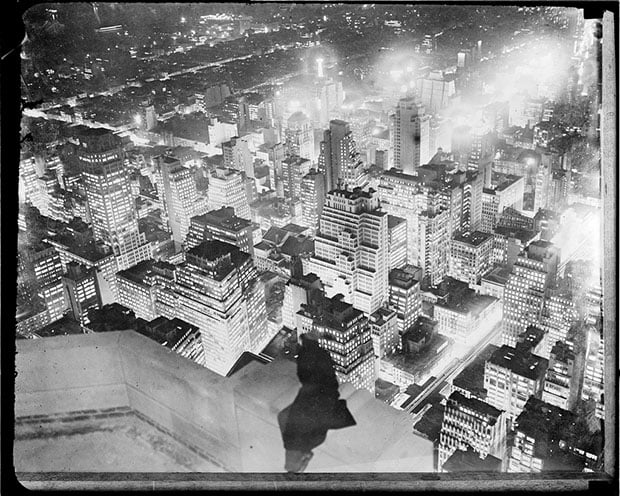 Gizmodo writer Attila Nagy was browsing through the Boston Public Library’s Flickr stream recently when the above photograph by Leslie Jones caught his eye. He noticed that the scene in the background looked strangely similar to another, much more iconic, photo: “Night View, New York” by Berenice Abbott.

That got him wondering: could the figure seen in the foreground of the photograph actually be Berenice Abbott on the night she made her famous image?


This is what “Night View, New York” looks like: 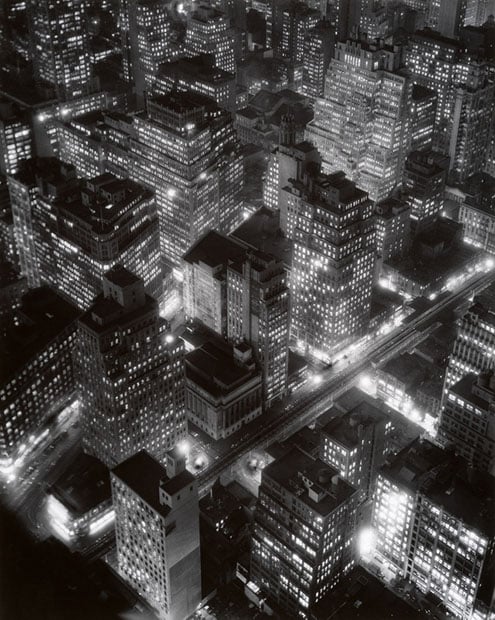 The dates that are commonly published alongside the photos don’t seem to match up (1932 for the Abbott photo, 1930 for the Jones photo), but Nagy thinks there could have been a mixup of metadata, and that the figure in the Jones image is indeed Abbott.

In addition to the similarity of the figure to known photos of Abbott, Nagy points out that the time of day, angle, and even building lights of the two pictures seem to match up.

Why is this important? It may not be, to you. But images like Abbott’s play a pivotal role in the life of the city—and accidentally discovering a photo that tells the story behind one of the most famous? That’s a fascinating prospect.

Give Nagy’s piece a read for a close look at some details Nagy was able to uncover about the pictures and the photographers behind them. Feel free to do some sleuthing of your own — be sure to leave a comment with any conclusions you come to!

Is This Berenice Abbott Shooting One of NYC’s Most Iconic Photos? [Gizmodo]