Since it first burst onto the scene, Snapchat has become a major player in the social fabric of today. Once, the self-destructing photo messaging model was considered a fad, but no more. As Snapchat surges towards the possibility of a billion dollar valuation and usage statistics continue to climb, that “fad” is clearly more than just that.

But that doesn’t mean the Snapchat team has been sitting in the office twiddling their thumbs, they’ve been hard at work creating an exciting update that was finally announced today called Stories.

Stories is, if we were to oversimplify it, Snapchat’s take on the Facebook News Feed or the Twitter Feed. Before this, Snapchat could have been considered strictly a messaging app. With the addition of Stories, it adds a whole new dimension. 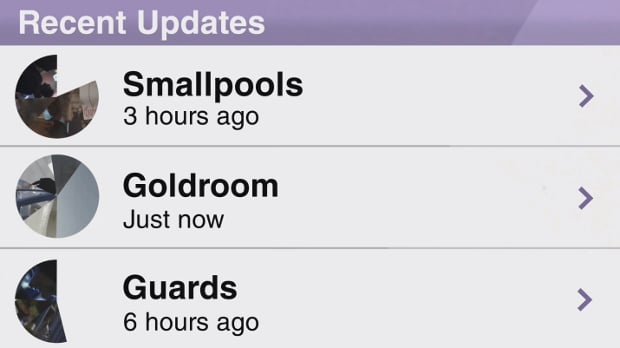 When you take a snap now, you not only have the option to send it to whomever you choose, but also to add it to what is called your Story. Your story then becomes a feed of selected snaps from over the course of the last 24 hours, and like the News Feed, all of your friends can see it.

The snaps in the feed don’t disappear after you view them either, so people can view them over and over. Instead, your story constantly updates, showing only the last 24-hours worth of narrative at a time. And since time moves forward, not backwards (checked we last), the story always plays in chronological order.

“When you add a Snap to your Story it lives for 24 hours before it disappears, making room for the new. Your Story always plays forward, because it makes sense to share moments in the order you experience them,” explains Team Snapchat via blog post. “Your Story never ends and it’s always changing. The end of your Story today is the beginning of your Story tomorrow.”

In many ways, this changes the whole dynamic of Snapchat while maintaining the ephemeral quality that the app is known for. According to Snapchat CEO Evan Spiegel, Stories is far better than the permanent feel of your Facebook Timeline or Twitter Feed where, as he tells The Verge, “you have to worry about how this new content fits in with your online persona that’s supposed to be you. It’s uncomfortable and unfortunate.”

It’s also worth mentioning that, although the snaps don’t disappear right away, there is still some accountability built into the Stories feature. Even though your story is available to all of your friends, you get to see a list of everybody that has viewed it.

This is a major update for the Snapchat community, and so the company has released it to Android and iOS users at the same time. If you’re curious, you can see the new feature in action by checking out any of the embedded videos above, or download the newest version from the iTunes App Store or Google Play to try it for yourself.