Remember that $100 DIY sound blimp we told you about back in June? Well, the wedding photographers in this video might wish they had build one for themselves after the tongue lashing they received at the hands of an irate minister.

In the video, the photographers are going about their business, snapping away at the couple from behind the alter, when the minister suddenly decides to turn around and ask them in no uncertain terms to go away.

The guests seem confused, the couple seems horrified and the photographers are probably embarrassed and possibly angry — in short, the minister has managed to make the ceremony an awkward mess in, oh, about 30 seconds. 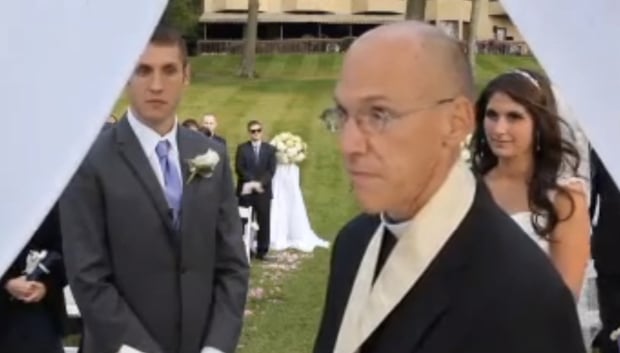 It’s sad to think that this incident will taint this couple’s memory of their wedding day, and even sadder to think of how easyly it could have been avoided. A little bit of planning and communication between the minister, photographers and couple might have helped avoid this whole kerfuffle.

Obviously none of that happened in this case, and the photographers in the video decided to ultimately heed the minister and walk away rather than argue with him. What would you have done?