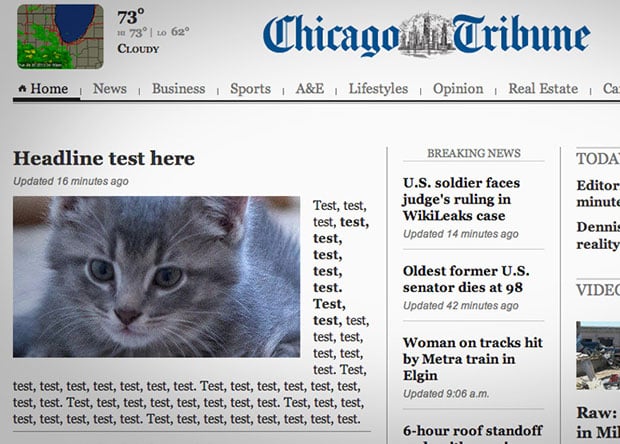 This is awesome: someone over at the Chicago Tribune made a hilarious mistake this morning, accidentally publishing a placeholder photograph of a random cat on the newspaper website’s front page. For 16 glorious minutes, visitors to the site were greeted with what’s seen in the screenshot above as the featured headline story.

(via Jacqui Cheng via Gizmodo via Coudal)

Shuttered Italian Film Company Ferrania to Get Back in the Game