“I’ve concentrated on the poor … the rich ones have their own photographers.” Those words, spoken by the late great Milton Rogovin, begin the award-winning short documentary The Forgotten Ones.

A former optometrist, Rogovin didn’t begin his work as a documentary photographer until he was in his 40s. And from the very beginning, his goal was to give a voice to those less fortunate. Ultimately, that turned into a decades-long series on the people who lived on the Lower West Side of his hometown of Buffalo, NY. His optometry practice fell apart when he was called in front of the House Un-American Committee over his views on communism. He was discredited, and his voice was silenced politically. That’s when he turned to photography, speaking his mind through his camera:

Whenever we’d go into the West Side, we’d see these people with great potential, all over. And we knew that under the conditions that exist in our society, very little of that potential will come to fruition.

In 1972, he and his wife Ann completed his first series of portraits of the people of the Lower West Side. Each decade after that, he went back to find these same people and photograph them again. The Forgotten Ones was filmed in 2002, and followed Rogovin as he made the rounds for a final fourth decade in a row. 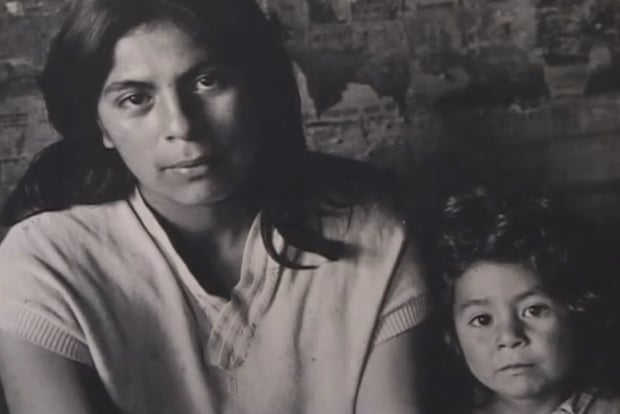 Rogovin never made it to the fifth decade, passing away just a few weeks after his 101st birthday, on January 18th, 2011. But this documentary serves as a reminder of the wonderful photography that he created, and the lives he touched in the process.