Each summer, White Nights arts festivals are held in several cities all over the globe, and in 2003, the festival added Tel Aviv to its list. The festivals go all night, and Tel Aviv is about to celebrate their 10th on the 26th of this month.

In preparation for the all-night festivities to come, Vania Heymann, a second year student in Bezalel school of art and design in Jerusalem, put together this very creative mix of video and time-lapse that uses forced perspective and the moon to advertise the coming festival.

The original festival was held in Russia, and the term ‘white nights’ was used to denote the weeks around the summer solstice during which it never truly gets dark in the upper latitudes. Twilight lasts nearly all night, making it a perfect time to have a festival, celebrate the end of the school year, and shoot off some fireworks. 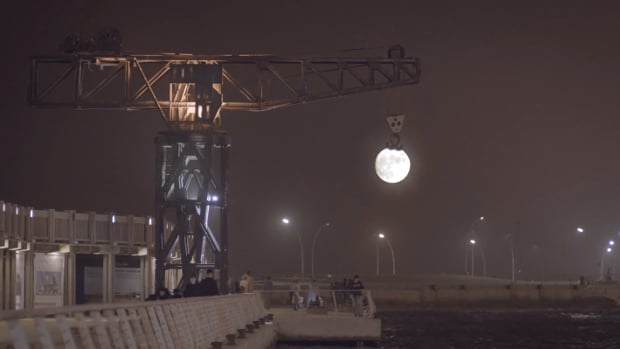 Since Tel Aviv is decidedly further south than St. Petersburg, the all-night festival is watched over not by the soft glow of twilight, but that of the moon. It makes sense then that the video would pay tribute to the Earth’s sole natural satellite.

A few of our favorite clips from the film include the crane lifting the moon into the sky, as well as a shot where the moon is the third scoop on a little girl’s ice cream cone. In all, Heymann made exceptional use of forced perspective and created an impressive video in the process. Drop us a line and let us know what you think below.