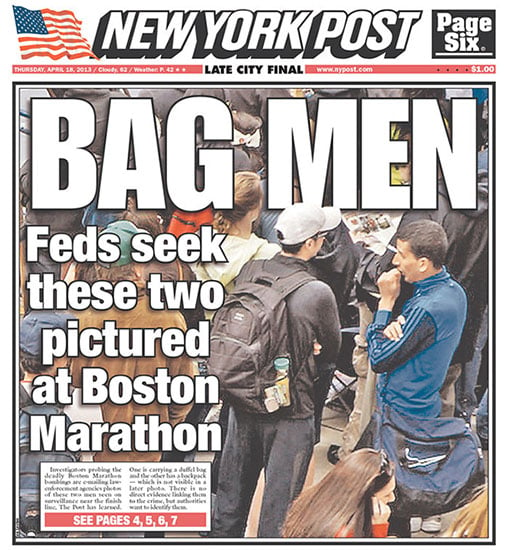 In an all-too-clear display of how journalistic carelessness can lead to big legal troubles, the two “Bag Men” who were shown on the front page of the New York Post following the Boston Marathon bombings have filed a defamation lawsuit against the paper on Wednesday of this week.

Salaheddin Barhoum and Yassine Zaimi, both suspected of being the bombers at the finish line of the Boston Marathon this past April, were later discovered to be innocent. The two appeared in the paper with red circles around their heads. 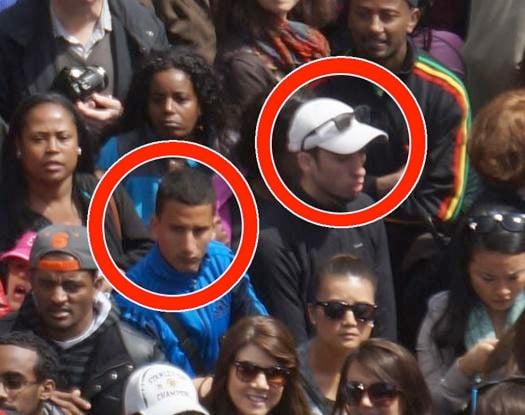 While law enforcement officials where looking at the two men (along with others) from captured surveillance video, Barhoum and Zaimi were never named as suspects. So why were they, without delay, posted on the front page of a major newspaper?

“We stand by our story,” New York Post editor Col Allan tells The Washington Post. He also points out that the paper “did not identify them as suspects.”

But the way the paper went about the story is considered by many to be unethical. It completely disregards those pictured, and the potential negative effects a story as serious as a bombing could cause.

It will certainly be interesting to see how this case plays out.

The Canon 50D Was Originally Designed to Shoot Video, Sports an Unused Mic