Last Wednesday, at the age of 94, former Magnum president and photographer Wayne Miller passed away at his home in California. For decades, Miller had photographed the human condition at its best and worst, with a stated goal to “photograph mankind and explain man to man.”

The above video, posted by photographer Theo Rigby a couple of years ago, serves as a reminder of the life and work of this phenomenal photographer.

As one of five photographers selected to be a part of U.S. Navy Captain Edward Steichen’s elite naval combat photographic unit, the beginning of Miller’s professional career brought him to the front lines of WWII.

After photographing the horrors of war both at sea and on land (he was one of the first to arrive at Hiroshima to document the devastation left in the wake of “Little Boy”), he sought a more uplifting subject, turning his lens on his hometown of Chicago’s South Side where the largely African American community invited Miller into their lives. 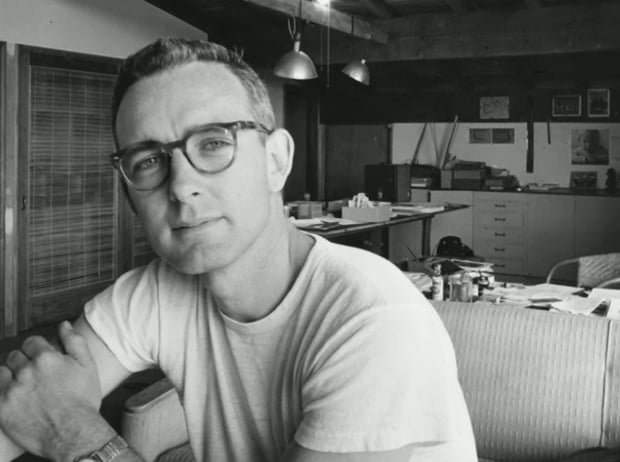 Along those same lines later came the Family of Man project: a photographic response to WWII that Steichen and Miller worked together to create. The exhibit — which sought to show the similarities between people from all over the world — was seen by over 9 million people at the Museum of Modern Art between 1955 and 1962, and the resulting book sold over 4 million copies.

The remainder of his professional career, up until his retirement in the mid 1970s, consisted of personal projects and contract work for magazines such as Newsweek and National Geographic, after which he settled down with his wife Joan on a small patch of redwood forest land in California.

Miller’s career may have begun on the battlefield, with powerful pictures of war, but he will be remembered as a man who tried and succeeded in photographing the best of humanity. Click here to visit the Magnum gallery of his amazing work.

Miller is survived by his wife Joan, his four children, Jeanette, David, Dana and Peter, nine grandchildren and one great-grandchild.