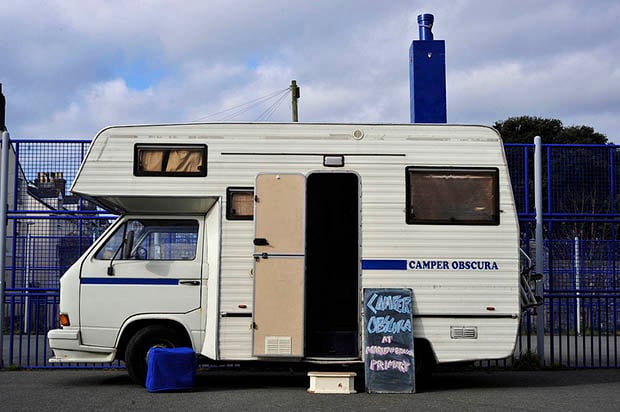 If you’re ever in England and come across an old camper van with the words “Camper Obscura” splashed across the side, knock on the door and say hi to photographers Jonathan Blyth and Matthew Pontin. Since the summer of 2010, Blyth and Pontin have traveled widely around the South West of England, teaching people about photography from the rear cabin of the vehicle.


The Camper Obscura itself took more than a year to plan (and build), and was created by converting an old 1986 VW Type 25 Transporter camper van. The light-sealed vehicle features a lens on the roof (donated by a friend) that can be turned in 360-degrees in order to point the “camera” at any subject around the van. 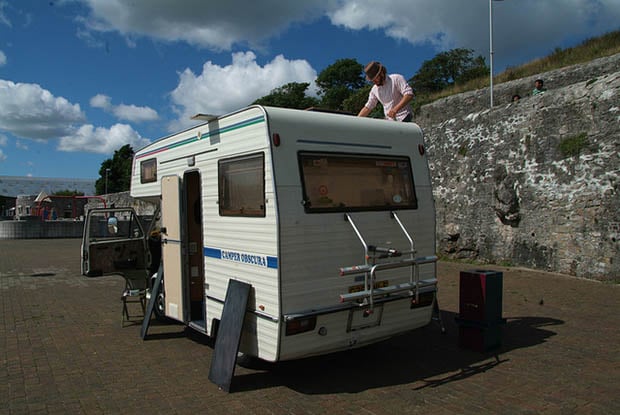 The van was created as a project of Blyth and Pontin’s organization Fotonow, which aims to “encourage greater social inclusion and the shared exploration of visual experience through photography.”

In other words, Blyth and Pontin are passionate about the medium, and they’re hoping to spark interest in the community as well. The van travels to schools, community groups, fairs, residential homes, parks, and local events.

After a group of visitors enters the van, the doors are shut and the magic begins: 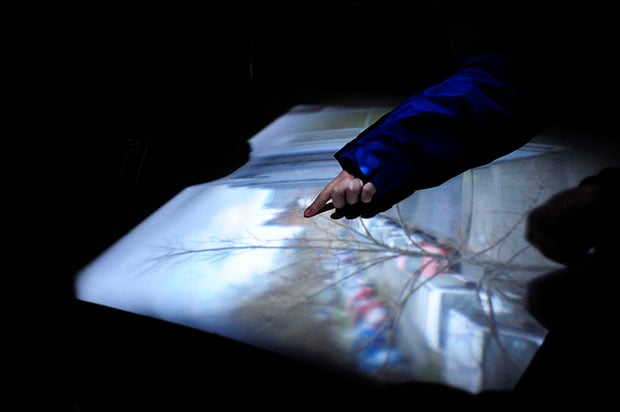 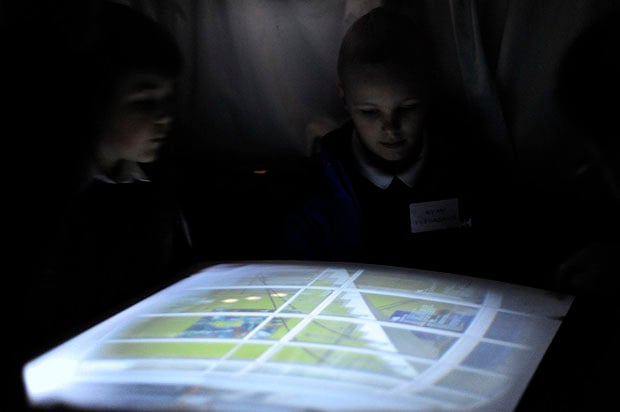 Blyth and Pontin estimate that, in all, roughly 15000 have stepped inside the van since it began its journey. These visitors have also become participants in a side project. Each one is asked to pose for an instant film portrait. The thousands of portraits collected so far form a documentation of Britons living in the areas visited by the van: 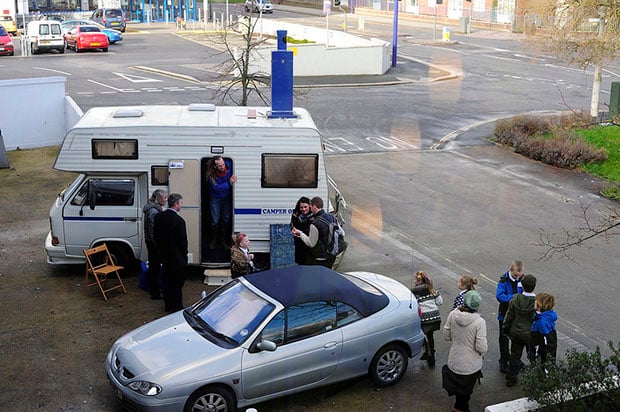 There are many more photos of Camper Obscura and its adventures so far on the Fotonow Flickr page. You can also learn more about the Camper Obscura on its website.

Image credits: Photographs by Fotonow and used with permission