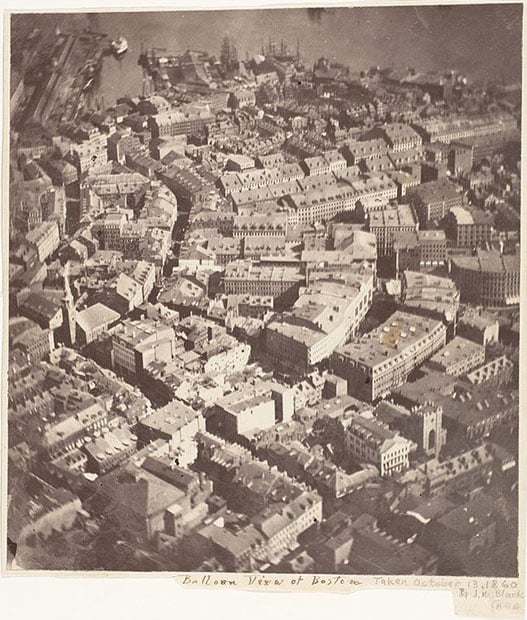 According to the Professional Aerial Photographers Association, the father of aerial photography was French balloonist Gaspard-Félix Tournachon, who photographed Paris from a hot air balloon way back in 1858. Unfortunately, none of his work remains today, and so the title of oldest surviving aerial photograph goes to the picture you see above.

Titled “Boston, as the Eagle and the Wild Goose See It” the photo was taken by photographer James Wallace Black in October of 1860 from an altitude of about 2,000 feet.

Since the Wright Brothers weren’t even born yet and wouldn’t invent flight for another 43 years, Boston, as the Eagle and the Wild Goose See It was taken from a hot air balloon (Samuel Archer King’s “Queen of the Air” to be more specific). The original is currently in the possession of the fine people at the Met. 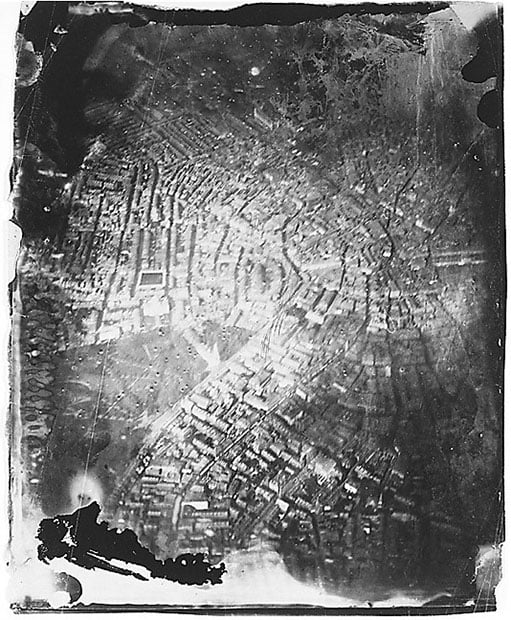 As fate would have it, only one other of Black’s photos exits today. Also held by the Met, Boston from a Hot-Air Balloon (above) shows a higher altitude aerial shot of The Walking City taken around the same time.