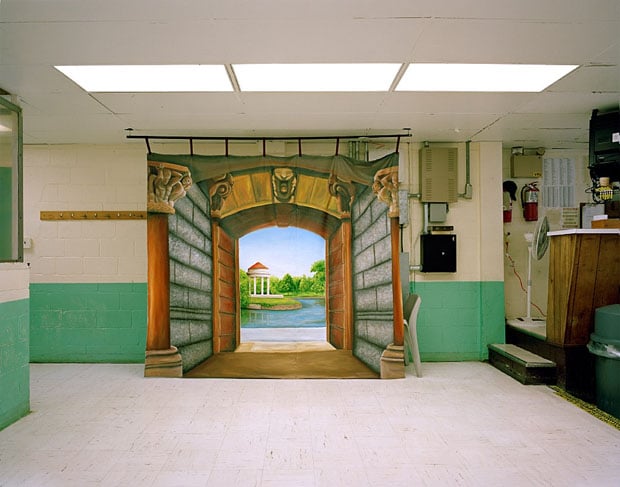 Prison visiting rooms are often home to large-scale paintings that are enjoyed by only a few. Often created by the inmates themselves, the artworks serve as the photographic backdrops of a portrait studio as inmates pose in front of them for pictures that are given to loved ones as mementos.

Since these intricate drawings are generally only seen by inmates, visitors, and employees, photographer Alyse Emdur decided that she wanted to document them for a wider audience. She spent years creating a project titled Prison Landscapes, featuring photos of these idealized backdrops that, for a moment, transport the inmates to faraway places.

The scenes show locations that are typical of vacations (e.g. beaches, mountains, cityscapes, living rooms) and offer a glimpse into the lives of prisons as their loved ones see then, rather than what is ordinarily seen through photojournalism or official documentations.

Emdur was first inspired to do the project after seeing herself standing in front of one such painting at the tender age of 5, while visiting her brother in prison.

To collect images of other prisoners, she turned to both crowdsourcing and her own camera. First, she asked inmates to send photos by corresponding with them through pen-pal websites. Eventually, however, she received permission from several prisons to photographing the visiting rooms herself. 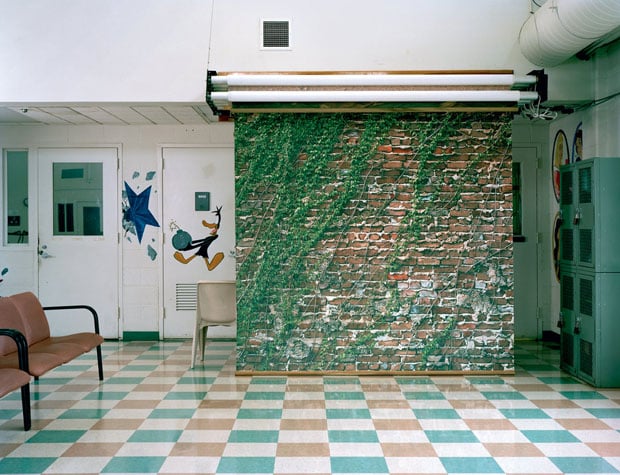 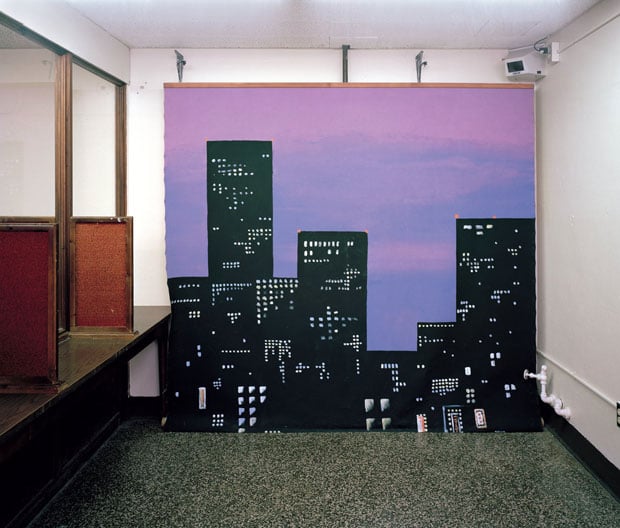 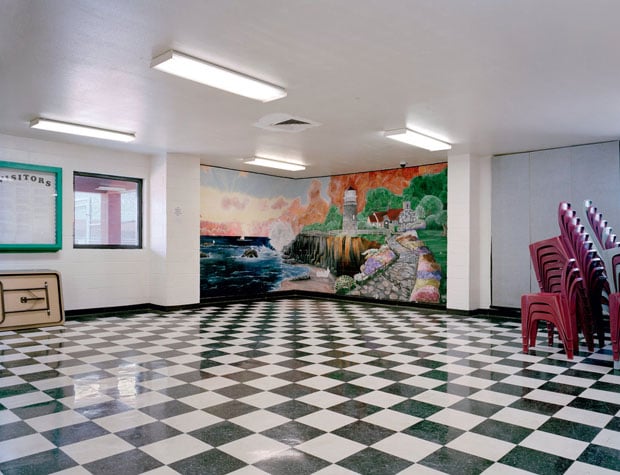 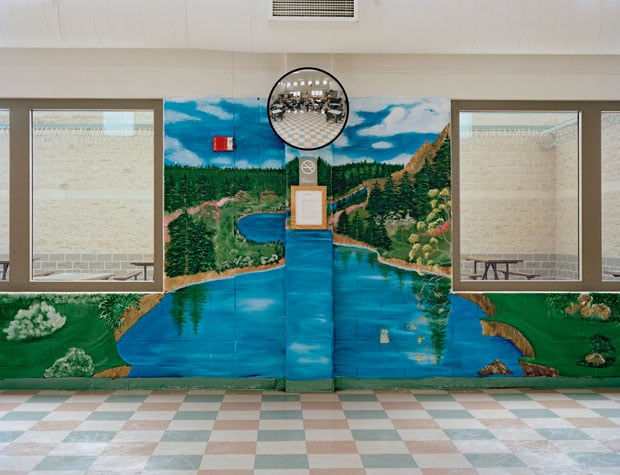 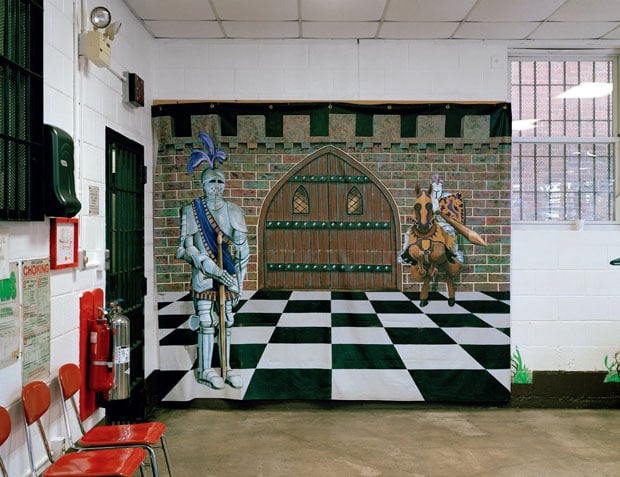 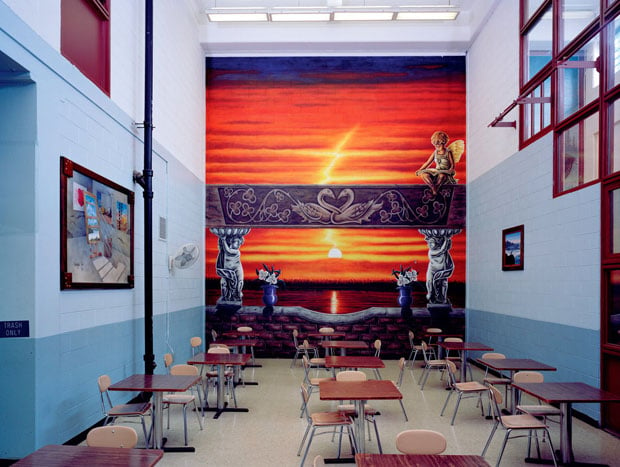 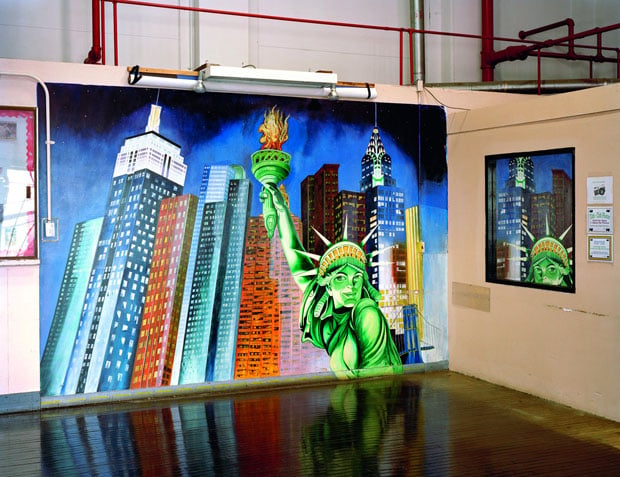 To learn more about this project, check out this interview Venue recently did with Emdur. The artist has also published a book with more than 100 of these images.

Image credit: Photographs by Alyse Emdur and used with permission