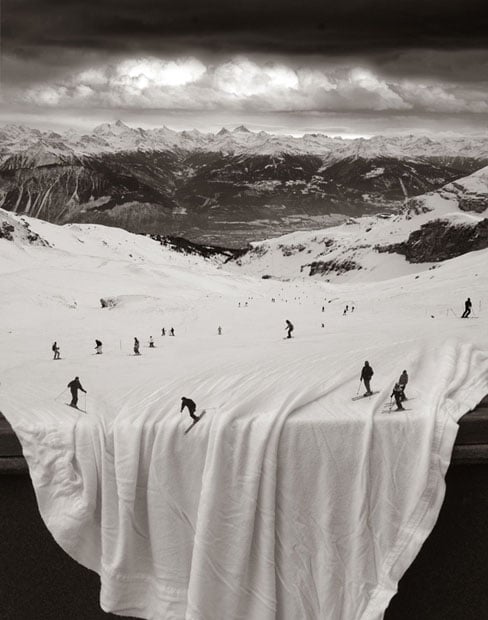 Upon first glance, artist Thomas Barbèy‘s surreal photomontages may seem rather amateur when compared with all the highly-polished photomanipulations that are floating around on the Internet. However, one simple fact will make you see the pieces in an entirely different light: Barbèy shoots film and uses in-camera and darkroom techniques to create the works!

That’s right: he eschews Photoshop and digital trickery in favor of analog processes.


The photographs that go into each piece are shot using a Mamiya RB 67 medium format camera or a Canon AE-1s 35mm film SLR.

His toolbox of techniques includes combination printing, pre-planned double exposures, and rephotographing collaged photos. The final piece is turned into a single master negative that is used to make a limited number of prints.

Here’s what Barbèy says about his mental process:

Every single one of my images has to pass what I like to call the “So what?” test. If a combination of two or more negatives put together doesn’t touch me or have any particular meaning, I throw it out. I try to combine images and sometimes the results can be disappointing. A giant clock in the middle of the ocean can be an unusual image but if I look at it and say to myself, “So what?” This means it isn’t good enough. If instead, an ocean liner is going down a “funnel-type” hole and I entitle it “shortcut to China,” it takes on a whole new meaning. The picture takes you into an imaginary world where you can see the captain telling the passengers to fasten their safety belts to get prepared for the descent.

At times I come up with ideas beforehand, try to materialize them and it works. At other times, it is an accident and the ideas come afterwards, when the image is already finished and the concept has yet to be understood. It is almost as if I am learning constantly through the process of creation. I travel a lot to take photographs of different things and places. Sometimes I use an image several years later, but only when it fits, like the perfect piece in a puzzle, and completes my latest project. Some images are composed of negatives that are separated by a decade in the actual time that I had taken them and only come to life when they found their perfect match. it’s the combination of two or more negatives that they give birth to a completely unsual vision, but most of all, the title I give the final image is the glue and the substance of the piece.

One of Barbèy’s inspirations is, understandably, M.C. Escher: 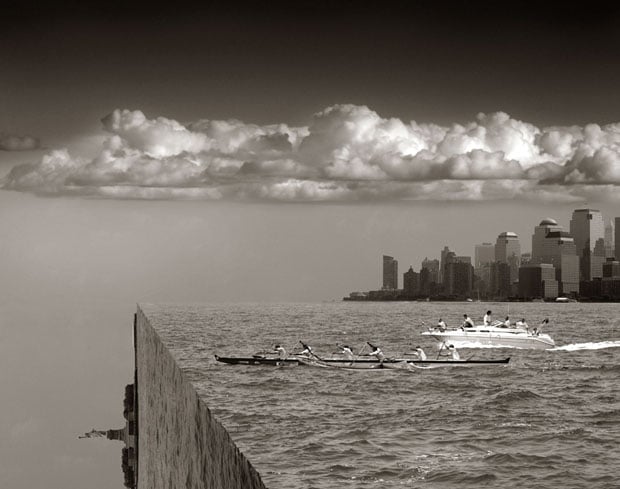 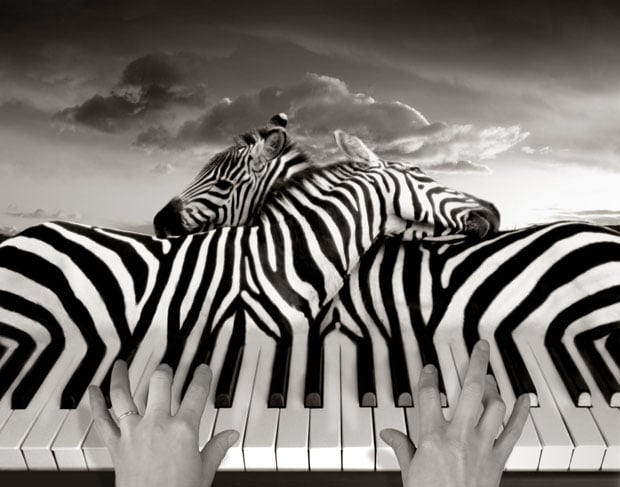 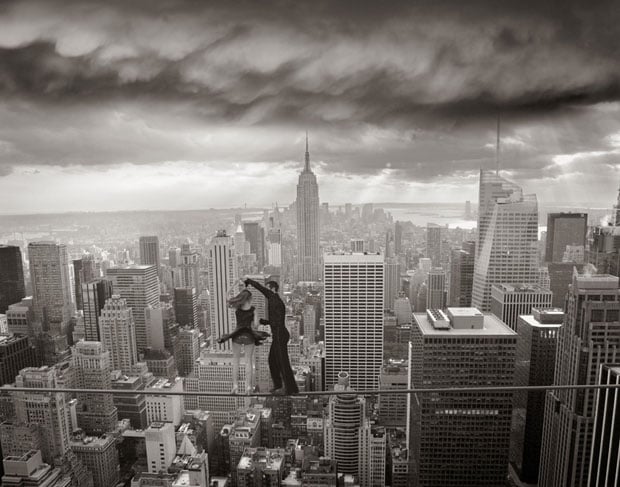 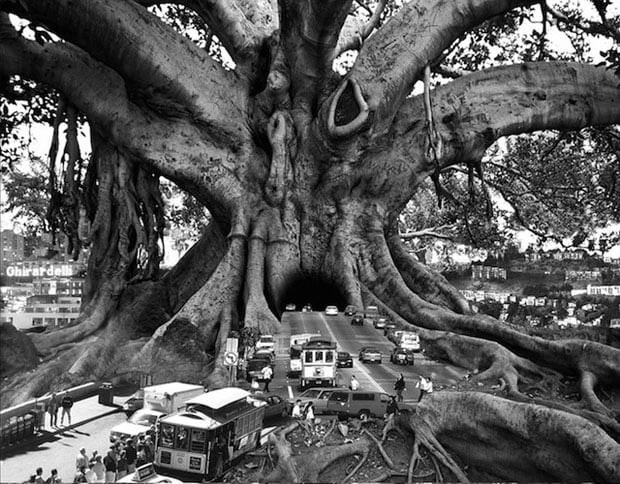 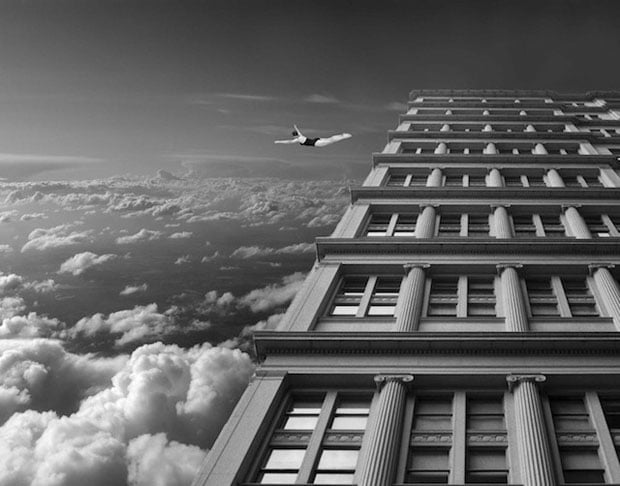 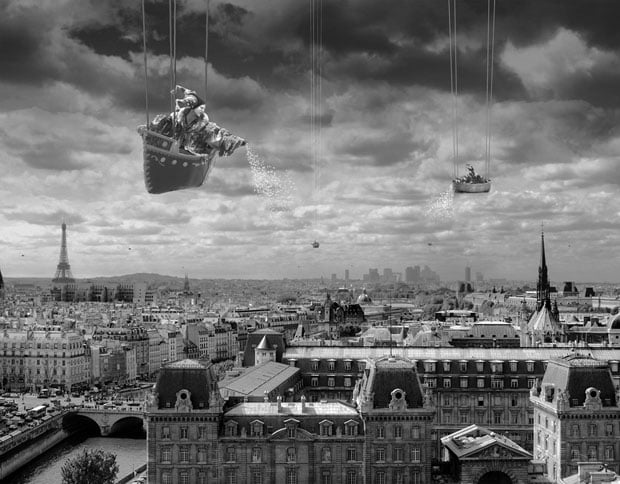 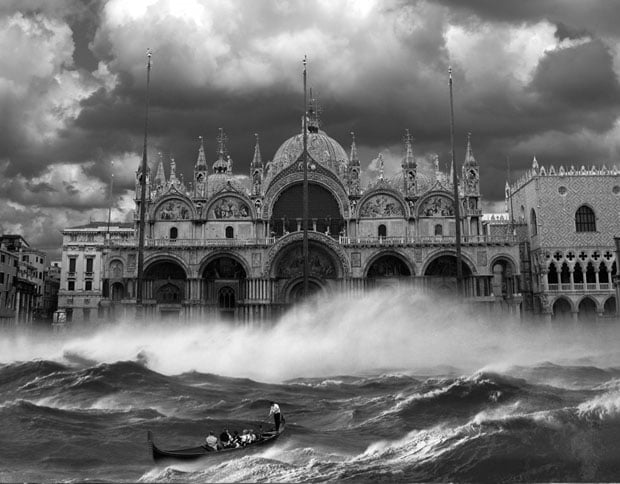 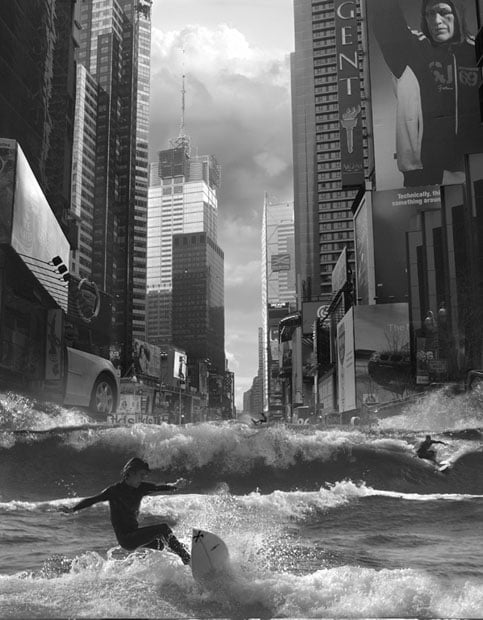 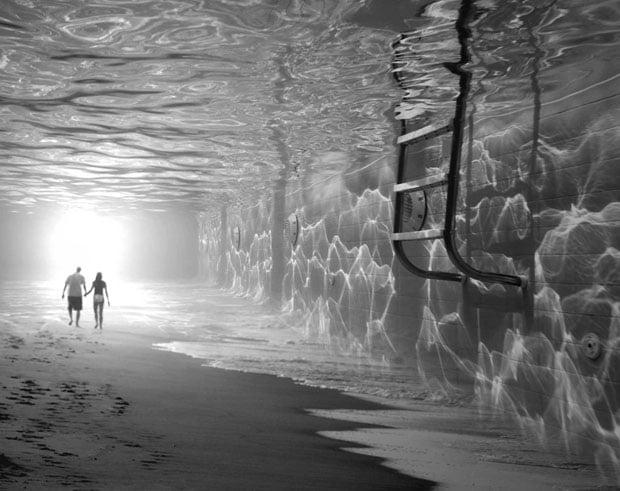 You can find more of Barbèy’s work over in his website’s gallery.