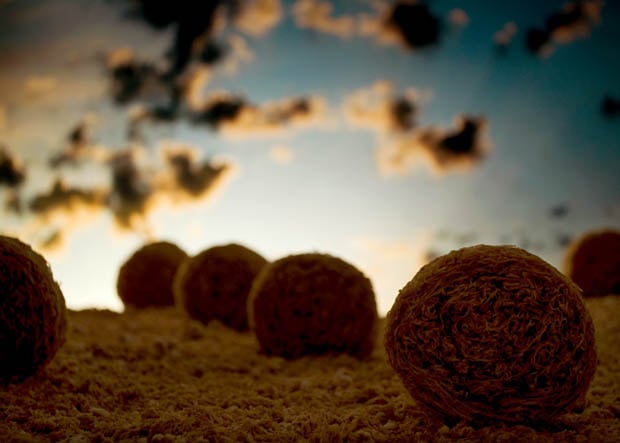 “Cerealism” is a project by Phoenix, Arizona-based photographer Ernie Button that features clever photographs of common cereals. He comes up with various scenes inspired by the shape and textures of the cereals, and then uses the cereal pieces as props. Some turn into bales of hay in a landscape, while others become fish in a simple fish bowl.


All the photographs in the series were captured using a Nikon DSLR or a Pentax medium-format film camera.

Here’s Button’s description of the project:

Art is shaped by a person’s life experiences and I am no different. When I was a youngster, cereal was a luxury item. A brand name cereal was a rarity in our house as they were consistently more expensive. Something like King Vitamin (a popular 70′s cereal) or Cap’n Crunch made for pure breakfast heaven as a child. On a recent trip to the grocery store, there sat King Vitamin next to a new version of Cap’n Crunch, Choco Donuts. Looking at the rest of the cereal aisle, it is clear that breakfast cereal has changed from mere nutrition to sheer entertainment. The cereal aisle has become a cornucopia of vibrantly colored marshmallows that resemble people and objects and characters from movies, as if they were calling out to have their portraits taken, to be the center of attention.

However, on the other side of the aisle sits the more ‘adult’ cereals (i.e. fiber, bran). Having lived in Arizona for over 35 years, those cereals upon close inspection resemble some of the shapes and colors and textures of the southwestern desert. I began to construct landscapes that would utilize the natural earth tones of certain cereals. I placed enlarged photographs of actual Arizona skies in the background of the cereal landscapes giving the final image an odd sense of reality. It is apparent that cereal is not just for breakfast anymore. Cereal has evolved into pop culture objects instead of just nutritious corn pops. 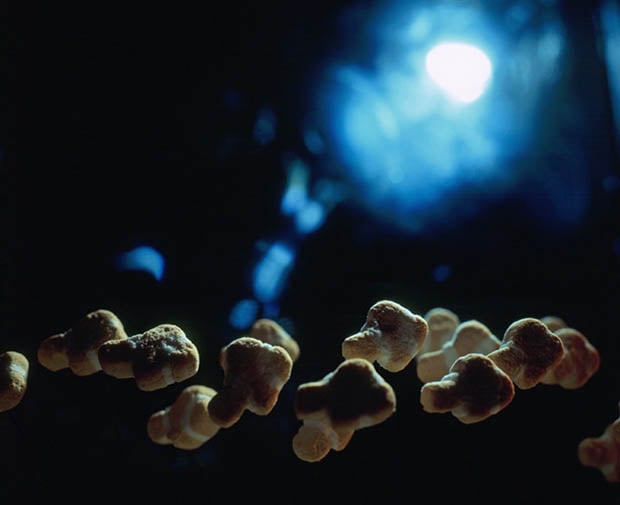 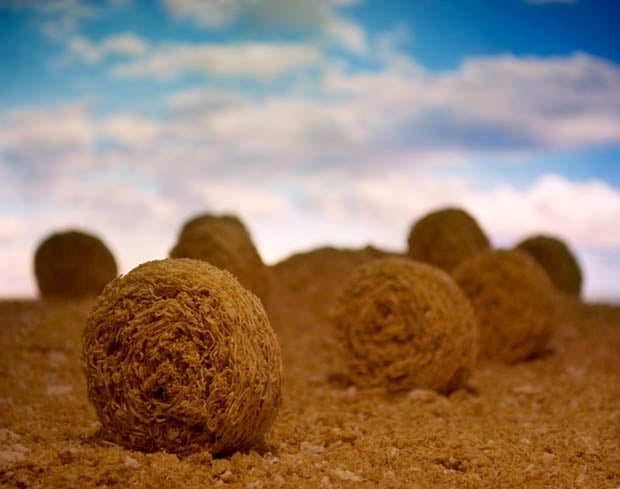 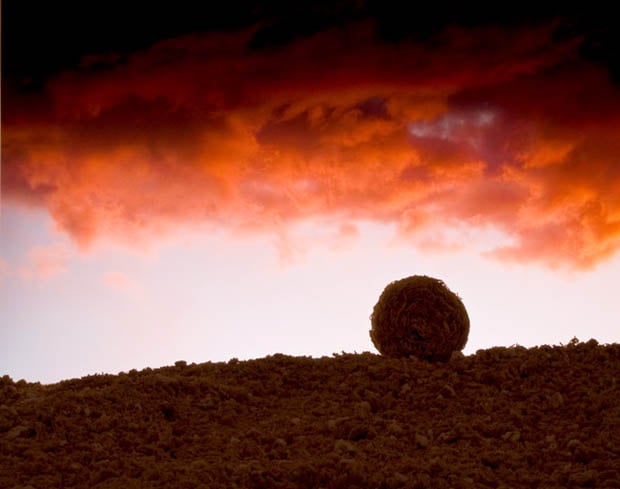 You can find more of Button’s work over on his website.

Cerealism by Ernie Button (via Wired)