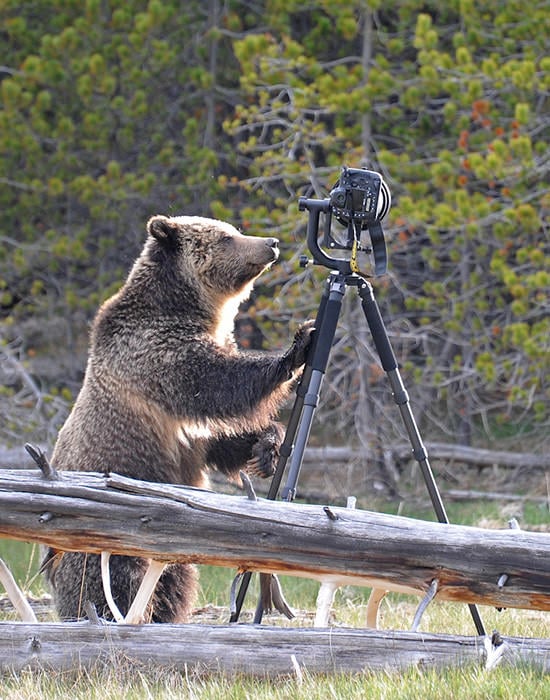 Depending on your subject matter, it can be a very good idea to take out a damage waiver when renting camera equipment. Wildlife photographer Andrew Kane learned this recently after renting gear from LensRentals for a shoot in Yellowstone. Here’s his account of how the borrowed equipment ended up broken:

I recently rented a D4, Wimberly head, and 600VR from you, and the day before yesterday, I had a little bit of an accident. I was photographing a coyote here in Yellowstone and I followed it into the woods about 300yds away from the road. As I am taking pictures of the coyote, I heard twigs breaking behind me, and as I turned around I saw it was a grizzly bear. I picked up the tripod with the D4 and 600 on it and slowly started to back away. The bear got closer and closer as I tried to back up. When the bear got to within 20 yds. of me, I bumped into a brush pile that I could not lift the tripod over, so I had no choice but to leave the gear and continue away from the bear.

Luckily for Kane, he had a second camera hanging around his neck that he used to captured what unfolded. The bear proceeded to push his camera and tripod over and give it a few stomps for good measure: 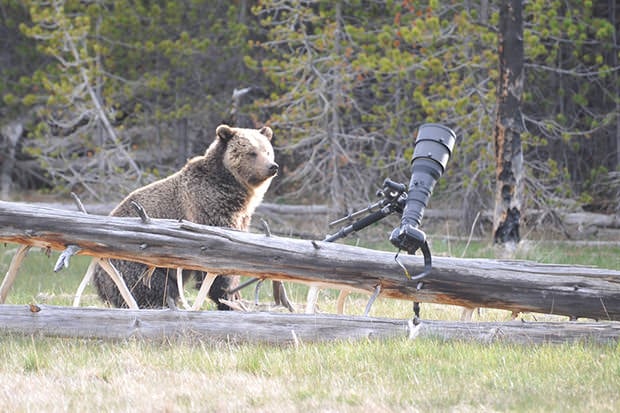 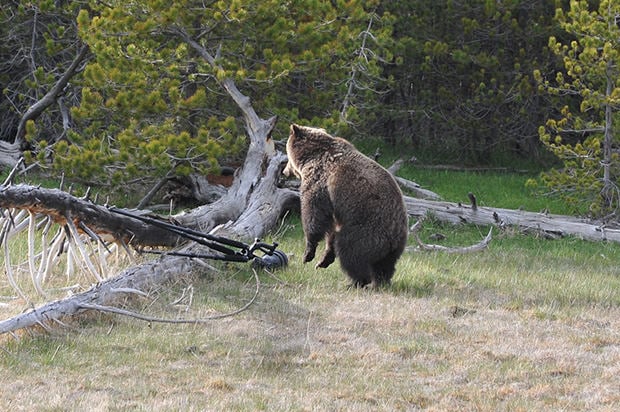 After retrieving the camera, Kane found that it still functioned properly. However, the lens mount was bent and the camera had developed a severe case of back-focusing.

The Damage Waiver Bearly Covered This One [LensRentals]