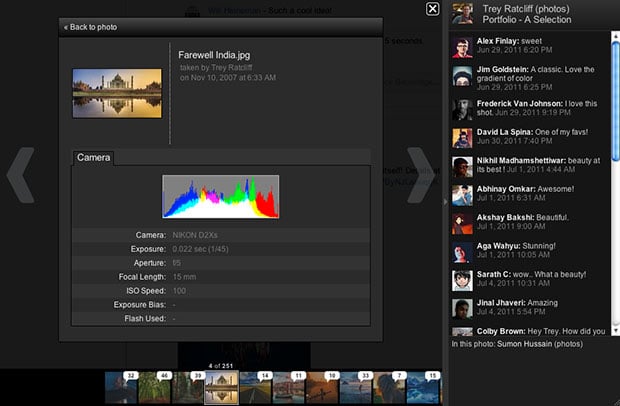 For photo enthusiasts, Google’s new Google+ social network is something like Flickr mixed with Facebook. It has the social sharing power of Facebook while providing features and tools Flickr users would appreciate thanks to the fact that Google runs a full-fledged photo-sharing service in Picasa (soon to be brought into the Google+ fold and renamed Google Photos). One such feature is the EXIF data section, easily accessed for each photo by Action->Photo Details. Most Facebook users would likely be confused by having a histogram pop up for their images, but for loyal Picasa users using Google+ for sharing and viewing photos, it’s quite a nifty option.