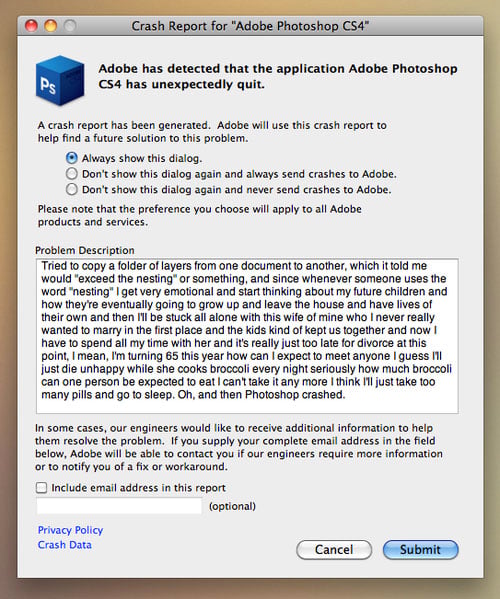 Garrett Murray over at Maniacal Rage has a funny project called CS4 Crash Reports. He comes up with the strangest things to send to Adobe when his Photoshop CS4 crashes and asks him to describe the problem that occurred.

I’ve never had a problem with CS4 crashing on me, but Firefox and Cyberduck do plenty of that.