Toymaker Kid Robot has a line of DIY toys called MUNNYs. They’re pretty much cute humanoid-looking blobs that can be drawn, painted, and customized.

There are a couple of fun Flickr groups dedicated to these decorated darlings. We found some gems that deserve some love and attention–photographing a MUNNY can get a little funny. It’s like photographing artwork, a product, and an environmental portrait, all in one!

Here are some of our faves: 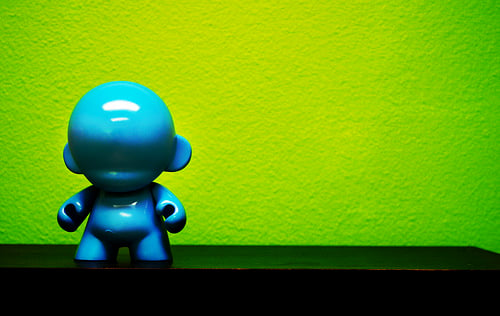 A clever nod to color modes, this CMYK Munny is simple but vibrantly sweet. 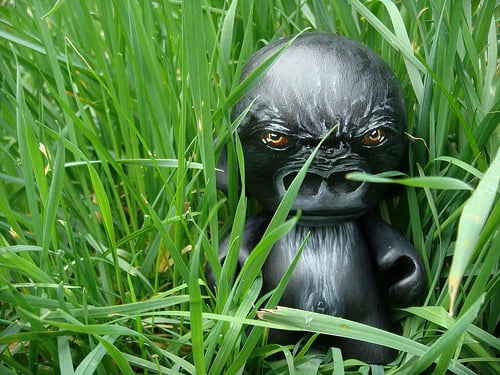 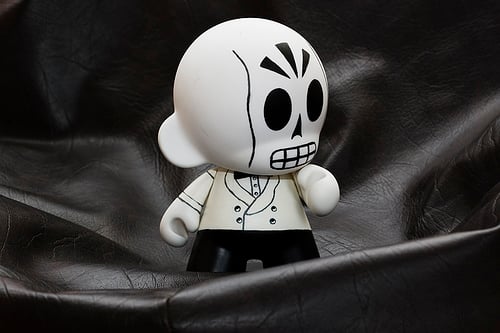 We’ve never seen such a suave skeleton. This Munny was inspired by the Grim Fandango PC game character, Munny Calavera. 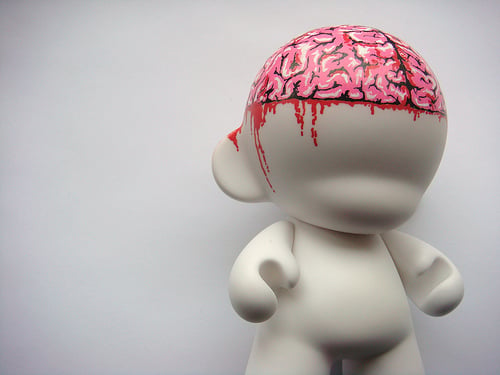 Munny AND brains, you say? This Munny is a little creepy, and brings to mind (haha) Syler from Heroes. Or Hannibal Lecter. In either case, weird, but kind of rad. 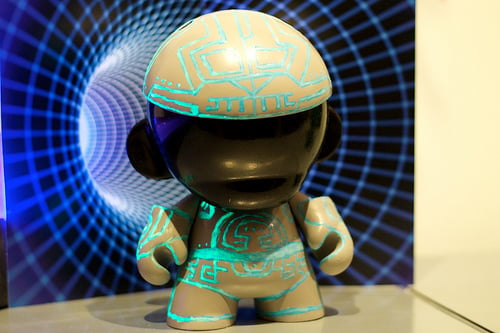 A Tron Munny! With better special effects than the early 1980s! 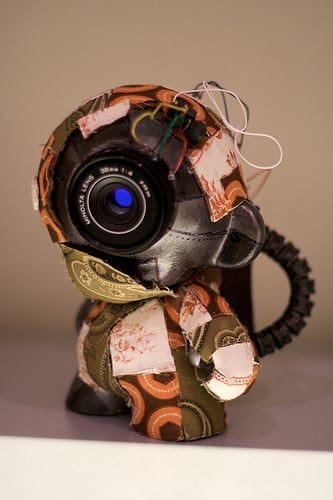 Here’s another Munny by Flickr Munny maker benwatts. It’s reminiscent of the Borg from Star Trek, but a bit more organic. It’s almost as if he raided both my grandma’s couches for that fabric. We like how he has a Minolta lens as an eye. He must have a photographic memory. 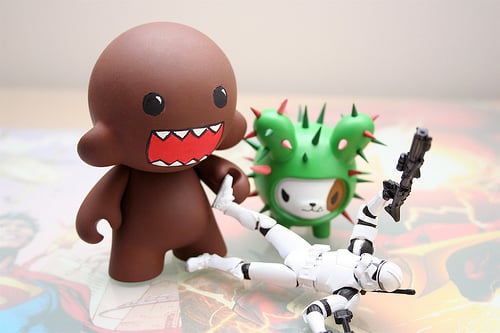 Domo-kun Munny and his pal meet Star Wars — it’s like a collision of fandom imagination. 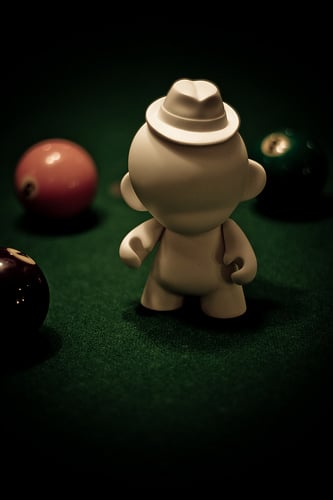 This Munny looks like a guy who can take care of himself. Though he’s only adorned with a classy fedora, this Munny photo has a film noir ambiance. 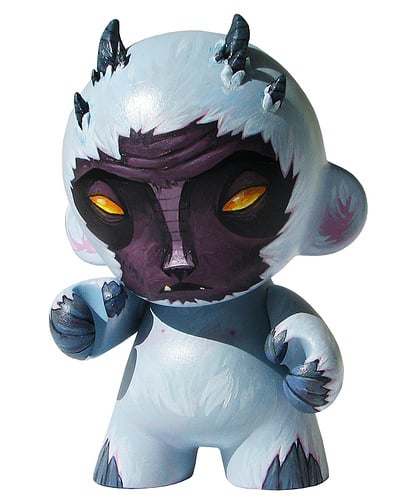 Here’s a monster Munny  that looks like the abominable snowman, but less abominable. I mean, look at that wittle paws and those itty bitty teeth! 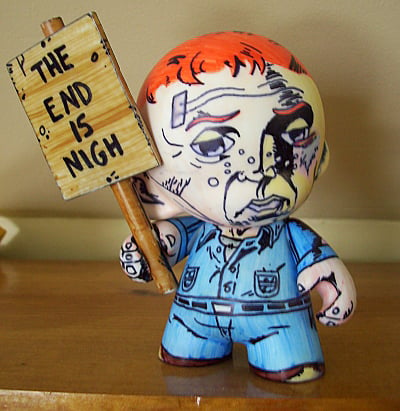 This Rorschach Munny is based on Alan Moore’s graphic novel, Watchmen. While he’s not the cutest of the bunch, he definitely captures the raw, nihilistic spirit of the character! 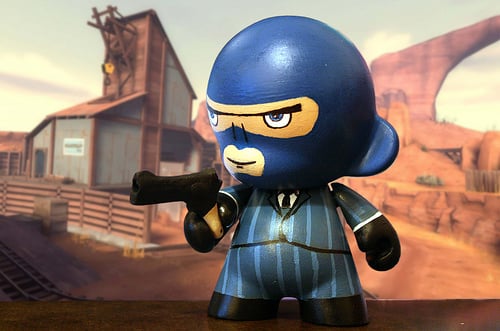 Based off the video game, Team Fortress 2, this spy Munny is dressed to kill.

To see more, check out these Munny Flickr pools:

Do you have a favorite Munny picture? Send us a link!

Interview with Aaron Johnson of What The Duck