Photographer Mylo Fowler was raised in a small home on the Navajo Reservation of Northern Arizona. In the latest film from director Chris Burkard, Fowler describes his upbringing as “growing up in a 600 square foot home with a 30 square mile backyard.”

That backyard was what Fowler and his family valued. The “pile of red dirt” is what they relied on for food, warmth, and security. Fowler spent his childhood learning how to track rabbits and bonding with his horses, of which he had three of before pre-school. 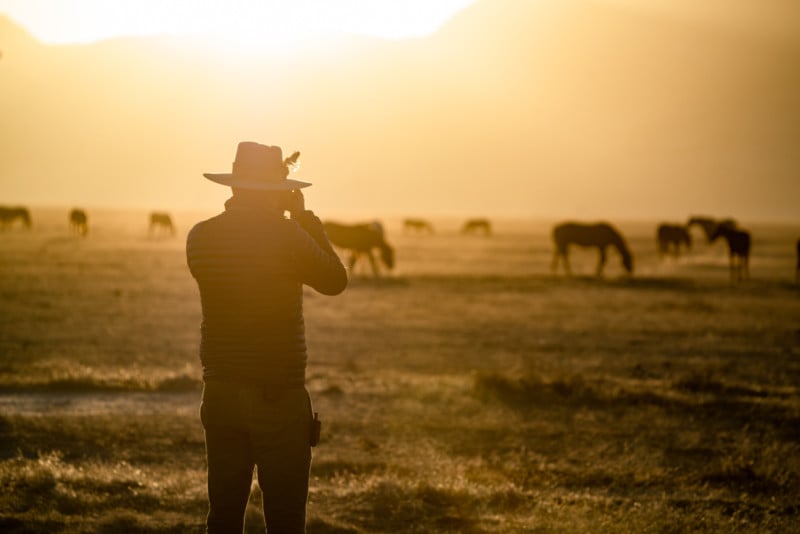 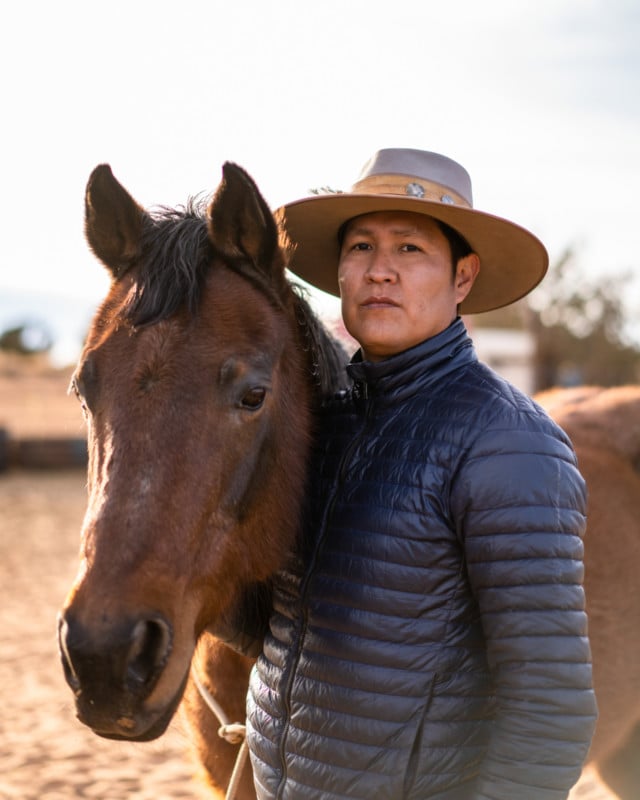 As a child, Fowler did not know what he wanted to be when he reached adulthood. But whatever it was, he never envisioned it would take him away from the home and the land that he loved. That would all change, however, when a spiritual leader in Fowler’s life told him that the greatest impact he would have in his community would happen after he moved off of the Navajo Reservation. 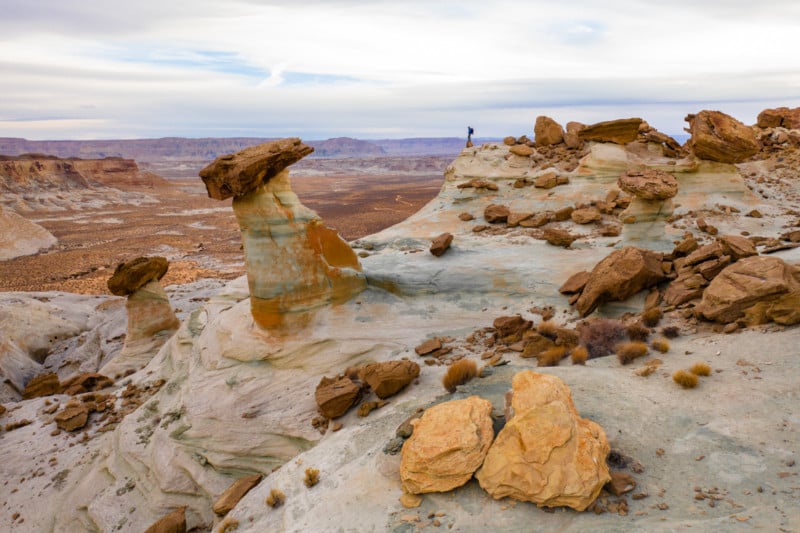 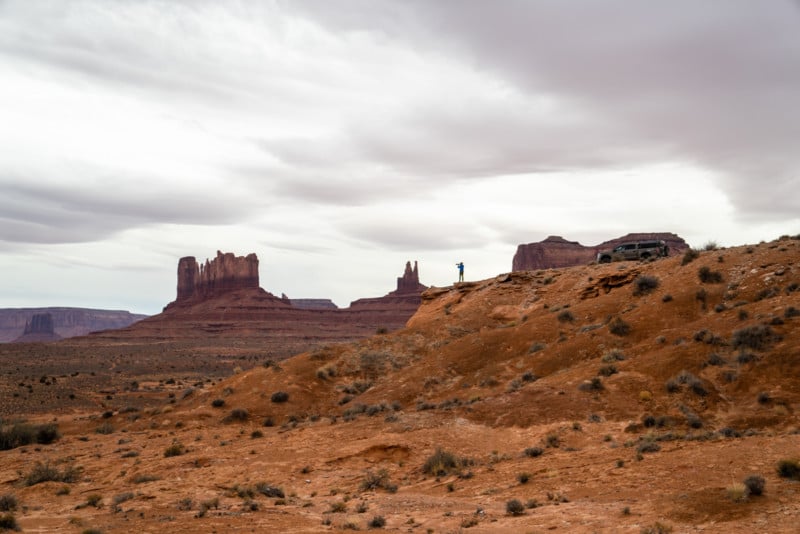 That all changed on August 5, 2015. The most valuable water sources in the Navajo Nation became toxic after the Environmental Protection Agency accidentally spilled three million gallons of mine wastewater into the San Juan and Colorado Rivers. The disaster had dire consequences on many communities, especially the Navajo Nation.

Fowler immediately had the idea to start selling prints of his photography for low prices, with all proceeds being used to buy drinking water for Navajo families. When all was said and done, Fowler had delivered seven semi-trailers filled with water for those in need. This experience changed the young photographer’s perspective on what was important to him and what he wanted to use his photography skills for. It also proved that the spiritual leader’s vision was correct after all when he said that Fowler’s biggest impact on his community would come once he left. 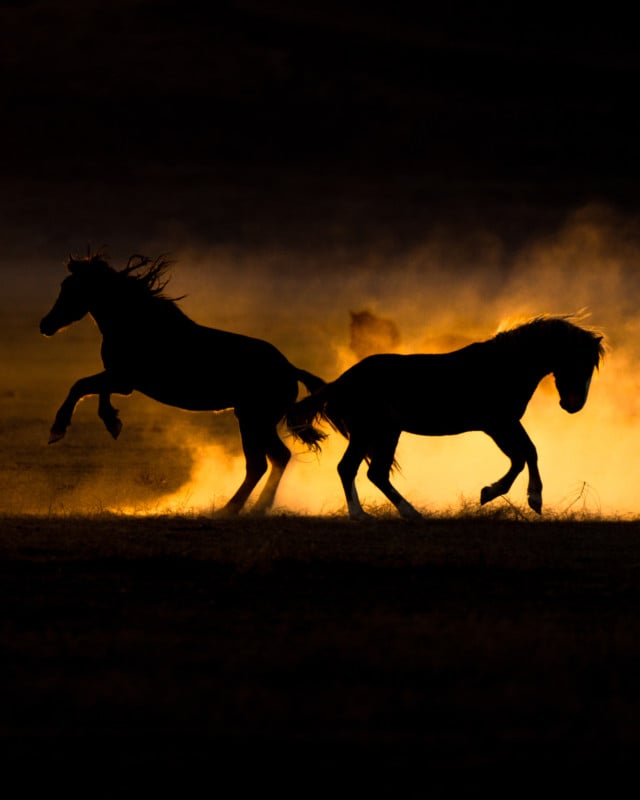 “I think the film and Mylo’s story goes to show that photography can be used as a tool for good,” Burkard tells PetaPixel. “I have struggled with the meaning of photography over the years as I have worked on commercial shoots. Sometimes, it feels like the meaning just isn’t there and Mylo’s path shows how someone can use their photography in a meaningful way. It also shows that you don’t necessarily need to do anything huge or life-altering. Just the simple act of selling some of his prints had such a profound effect on Mylo’s community and little things like this are something everyone with a camera is capable of doing.” 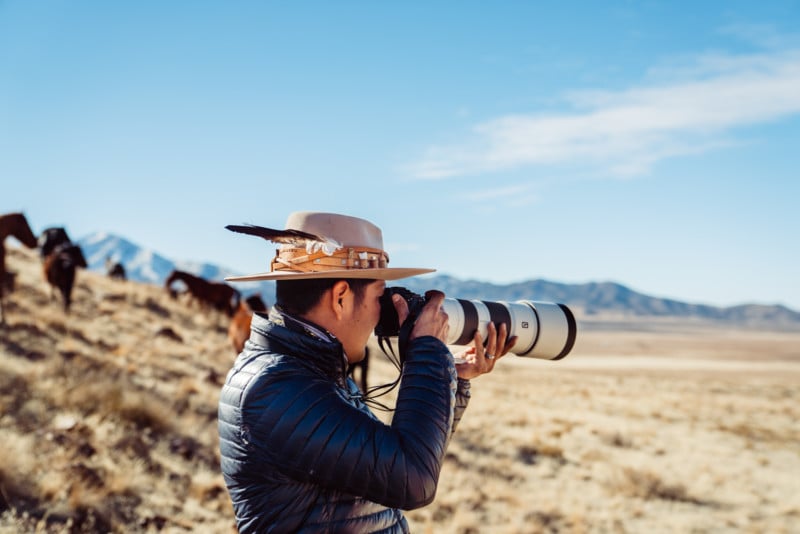 “It was such an honor to tell Mylo’s story,” Burkard describes to PetaPixel what attracted him to Fowler and his work. “I found his work many years ago online and immediately knew we had to work together at some point. His deeply personal storytelling and imagery of the Southwest grabbed my attention from the start. I’ve always loved the Southwest, traveling and shooting there often. I think it’s one of the most beautiful parts of our country with such a unique and important history. I’ve wanted to create a piece about the Southwest and the culture behind it for a long time and I felt like Mylo’s story was the best way to do this.” Being one of the world’s most recognizable travel and adventure photographers, Burkard has had his work published in seemingly every publication across the globe, including National Geographic. In recent years, however, Burkard has begun to focus on directing short films that tell meaningful stories of adventure, friendship, and community. His film Under an Arctic Sky was a big hit on Netflix and the success has inspired Burkard to continue to tell his stories through motion pictures.

“I think moving towards short films has just been a natural progression in my career,” Burkard says. “For me, it has always been about telling stories, regardless of the medium. After many years of shooting photos I began to realize that you could tell deeper and more intimate stories through short films and since then have continued to work on them. Both are powerful mediums and I think you can tell good stories through either one, but I think with short films you just can go a little bit deeper and create a more cohesive storyline that isn’t possible through still photographs.” For those who wish to follow in Burkard’s footsteps by incorporating motion pictures into their visual story-telling, he shares some knowledge that he has learned throughout his journey.

“My biggest piece of advice is just to find a story worth telling. That’s really what it’s all about. I wouldn’t stress over the camera gear or the editing or anything like that until you have nailed down a story that’s worth telling and have decided how you want to tell it. Good-looking visuals are nice, but the root of any good film is the story. Focus on telling an interesting story, and the rest will come with it.”

With MYLO, Burkard continues his tradition of creating engaging stories that his fans love. Whether it’s with his photos or his films, Burkard shows that the world is full of beauty and interesting stories, as long as you make an effort to find them. 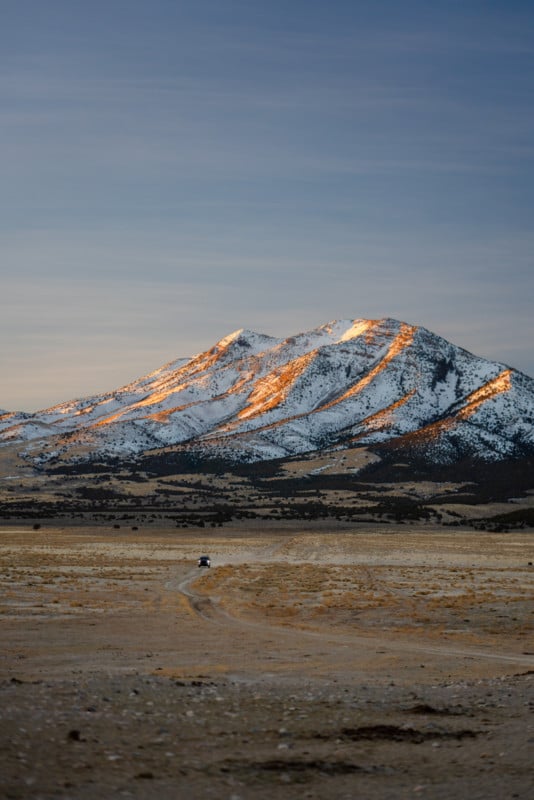 Image Credits: Photos by Mylo Fowler and Chris Burkard and used with permission.