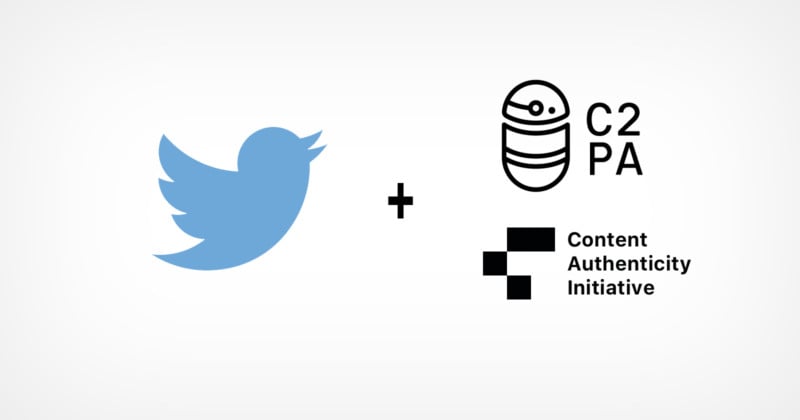 Twitter is the latest tech and media giant to join The Coalition for Content Provenance and Authenticity (C2PA), which focuses on combating misleading and fraudulent online content.

In late 2019, Adobe-led collaboration with The New York Times Company and Twitter helped establish the Content Authenticity Initiative (CAI), which aims to address online content authenticity through a “shared responsibility among creators, technology and media companies,” similar to the efforts of Project Origin, which is a coalition led by BBC, CBC/Radio-Canada, The New York Times, and Microsoft.

Earlier this month, the New York Times rolled out a prototype system to combat misinformation as part of its work with the Content Authenticity Initiative.

In the video below, Microsoft — via Project Origin — shares the impact, both positive and negative, that consumed information has on society. As technology develops, information has become more accessible but the constant exposure to it can also cause confusion on the authenticity of what is being shared.

To enable further cross-industry information sharing to tackle this type of misinformation — as well as to further the development of digital information provenance through joint efforts of both CAI and Project Origin — Adobe, Arm, BBC, Intel, Microsoft, and Truepic founded C2PA in February 2021.

This collaborative organization describes itself as “an open, technical standards body addressing the prevalence of misleading information online through the development of technical standards for certifying the source and history (or provenance) of media content,” with its members all recognizing the need to restore audience confidence in the information it consumes.

Twitter has announced it is the latest company to join C2PA, following its CAI partnership commitments since its launch, and is dedicated to contributing “its deep expertise to how technical specifications are built, ensuring that the new digital provenance standard can be deployed at social media scale, and in the most useable way possible for consumers.”

Longtime partner of our @contentauth initiative @Twitter announced they are joining us in the C2PA standards development org, the coalition dedicated to building trust online. Read more on their important announcement. https://t.co/rw6QVguSk1

“We are thrilled to welcome Twitter to the C2PA as we pursue broad adoption of an open standard that will help build trust and transparency online,” Dana Rao, General Counsel, and Content Authenticity Initiative executive sponsor, explains.

Twitter, which has over 330 million active monthly users, notes that its top priority is “supporting the health and integrity of the public conversation,” because misinformation and deliberate fraudulent information is “an industry- and society-wide challenge.”

The practical aspects of C2PA work include the development of content provenance specifications that would allow publishers, creators, and consumers to understand the origin of media they consume, such as images, videos, or audio materials.

Similarly, to help facilitate a provenance standard that could be adopted across various stages of information creation, from the initial source device to the final published piece, C2PA is also working on developing collaborations with chipmakers, news organizations, as well as software and platform companies.

So far, C2PA has added several contributing members, set up liaison relationships with other coalitions and standard groups, and also worked on a plan to draft open standard specifications, with more details to be made public later this year. Meanwhile, C2AP website provides various public resources that showcase the current developments and studies made so far.