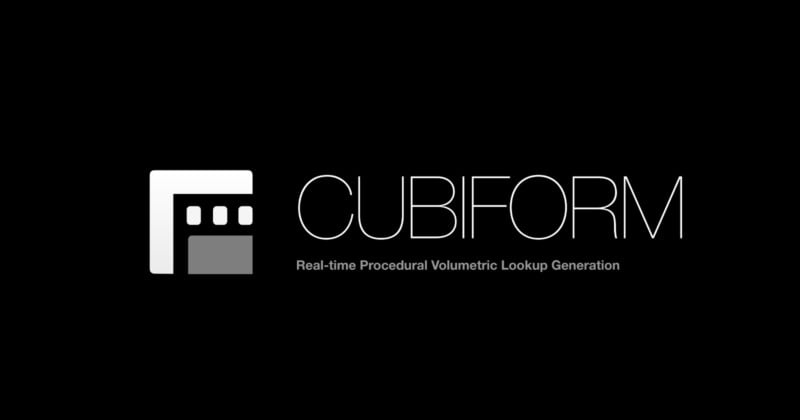 FiLMiC, the company behind mobile apps FiLMiC Pro, DoubleTake, and Firstlight, has announced that it has patented a high-efficiency image remapping technology called Cubiform that is 4.75 times faster than traditional GPU pipeline methods.

FiLMiC describes its technology as an approach to applying a remap to each pixel in an image. Rather than directly modifying images, Cubiform generates a stream of color look-up tables (C-LUTs) from a dynamic set of parameters which can be modified by a user in real-time. That stream of C-LUTs created by Cubiform can be applied to an image, or set of images, with minimal performance impact on the CPU or GPU.

Below is a graphic provided by FiLMiC that shows how the typical GPU pipeline system currently works:

And this is how Cubiform approaches the same situation: 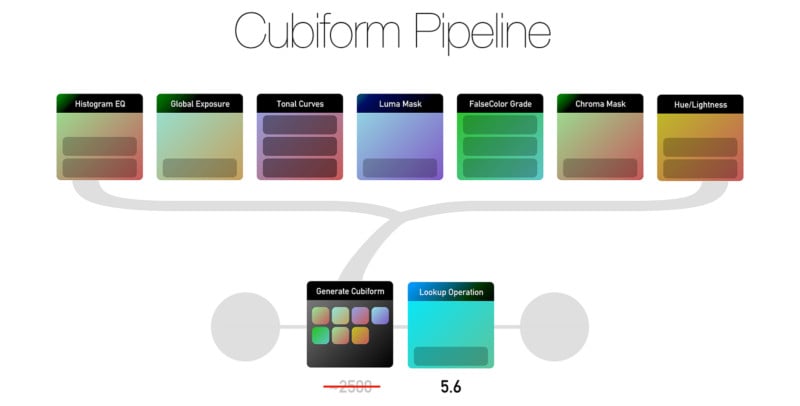 “Rather than relying on per-pixel processing for chrominance and luminance modifications, Cubiform C-LUTs are used to ‘look up’ new values from a pre-calculated table,” the company describes. “This approach is significantly more efficient for complex remap operations as the C-LUT is treated like a static data-model and discarded if a different transform is desired.”

In use, Cubiform can reflect changes to color parameters in real-time with lower resolution image quality during an edit, but once edits are complete, Cubiform can generate a high-precision C-LUT capable of producing the higher-resolution finished product.

While clearly more complicated than what is a very basic attempt at a comparison, it sounds like how editors will work with lower resolution proxy video files during an edit to reduce strain on an edit machine, but export those changes onto the original files to generate a finished video in full resolution.

FiLMiC says a GPU pipeline that would take 26.4 milliseconds can be done with Cubiform in 5.6. Extrapolated, to render a 1.4 hour, 24 frame-per-second clip at 6K, the GPU pipeline would take 1.5 hours. Cubiform can perform that same render in 31 minutes. FiLMiC says that Cubiform therefore can outperform the equivalent GPU pipeline 4.75 times faster.

The language and explanations of the technology are admittedly dense but the results are hard to argue with. If the average creator simply wants to get something edited as quickly as possible without sacrificing quality, Cubiform seems to deliver. Given that FiLMiC is a mobile-based software company, finding ways to expand the capabilities of mobile devices while working with much less computing power than full-blown editing stations requires rethinking how data is handled. Cubiform appears to be a way that the company is trying to do that.

What If The ‘Collapse’ of the Camera Industry Was Based on Flawed Data?