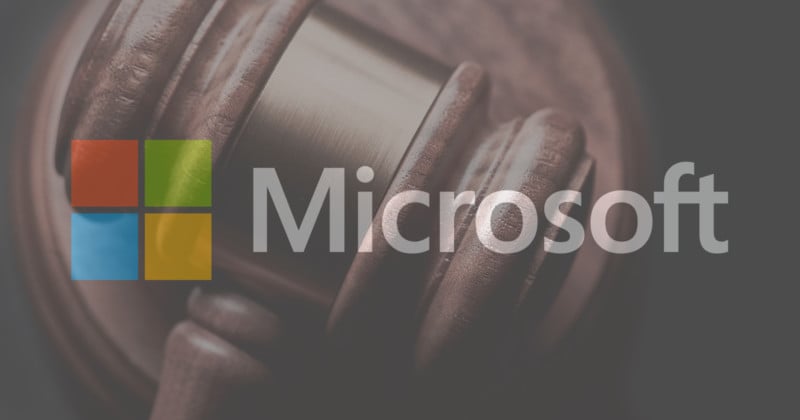 Photographer Matilde Gattoni is suing Microsoft corporation for millions of dollars in damages after she discovered that company-owned publication MSN used several of her images in an article about “the women leading China’s wine revolution” without paying to license them or asking for permission.

The complaint, which was filed in the Southern District of New York, claims that Microsoft used 15 of Gattoni’s images in an MSN article that seems to have been syndicated from the Washington Post. That article is, in fact, still live as of this writing:

While Microsoft has licensed Gattoni’s images in the past, Gattoni says that these photos were used without permission, accusing Microsoft of “willful, intentional, and purposeful” copyright infringement.

Since the photos are, in fact, registered with the US Copyright Office, Gattoni is entitled to massive damages if her lawyers at the Liebowitz Law Firm can convince the judge that the infringement was indeed “willful.” This would allow Gattoni to collect up to $150,000 in statutory damages per infringed image, in addition to any and all profits/income that Microsoft made from the infringing article, legal fees, and more.

In other words, given the number of works infringed upon (15), the lawsuit could cost Microsoft upwards of $2.25 million. You can read the full complaint below:

And you can see screenshots of the infringing article in Exhibit B document below:

It’s important to note that damages here are being presented as “either/or” not “both/and.” Gattoni is seeking either “actual damages and [Microsoft’s] profits, gains or advantages of any kind” attributable to the infringement, or “statutory damages of up to $150,000 per copyrighted work infringed.”

Also, given the article is syndicated, with the Washington Post logo prominently displayed at the top, it’s unclear if this usage is somehow covered by the license that WaPo purchased. The newspaper is not mentioned in the complaint, or in any of the legal coverage we’ve seen so far, but this fact seems extremely relevant to the question of wether or not this was “willful” infringement.

(via Law Street Media via Fstoppers)